This page of the Biomutant guide contains a detailed walkthrough of The Northwestern Worldeater main story quest.

Whiz has lent you an underwater octopod to help you fight Murk Puff, who is now residing at the end of the northwestern root of the Tree of Life. 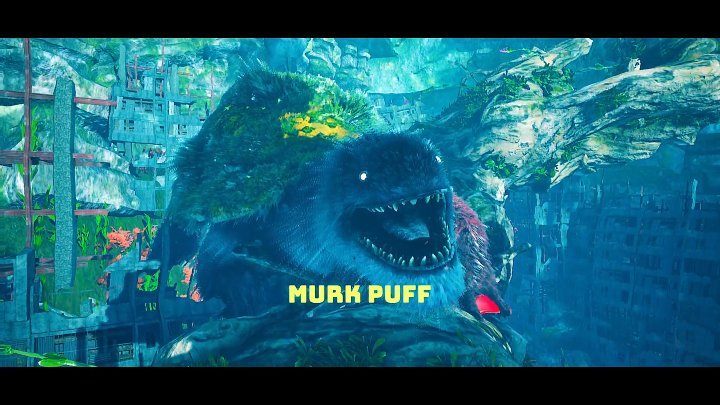 Murk Puff is the fourth and final World Eater (boss) in Biomutant. This boss fight is divided into three phases. 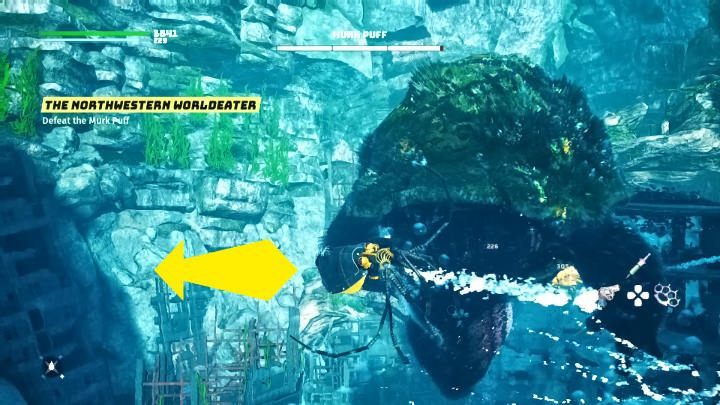 Murk Puff will start the fight with a charge, so you must be prepare to dodge sideways immediately. The boss will use this attack throughout the entire fight. 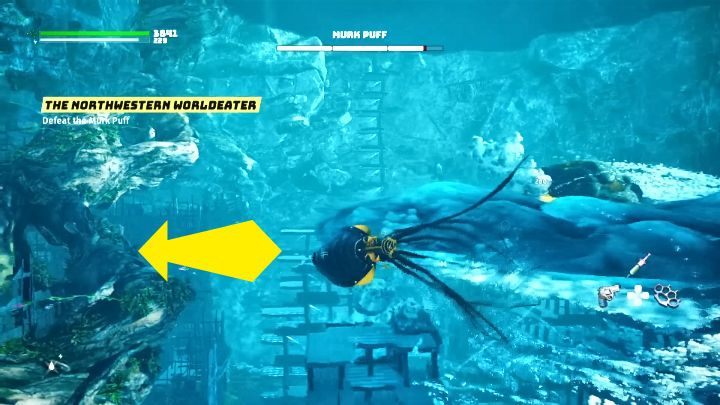 When the boss raises his tail and starts to move it, it is a sign that he is about to make a quick turn around his axis and release a wave towards you. You can avoid being hit by moving sideways or by dodging into free space. 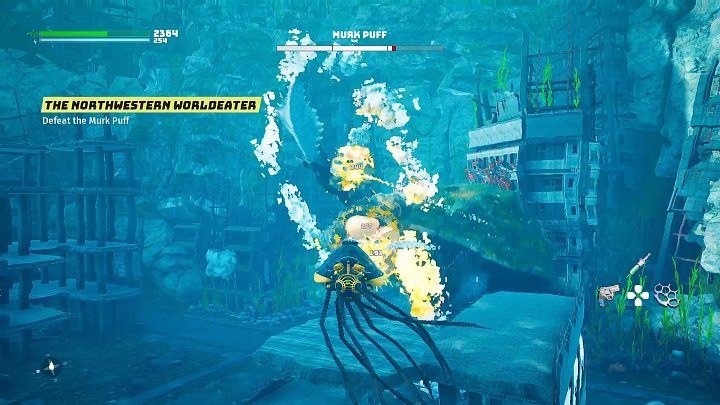 If you get too close to Murk Puff, the boss will try to hit you with his front paws. During the first stage, keep the enemy at a distance and shoot rockets towards him whenever you get the chance. 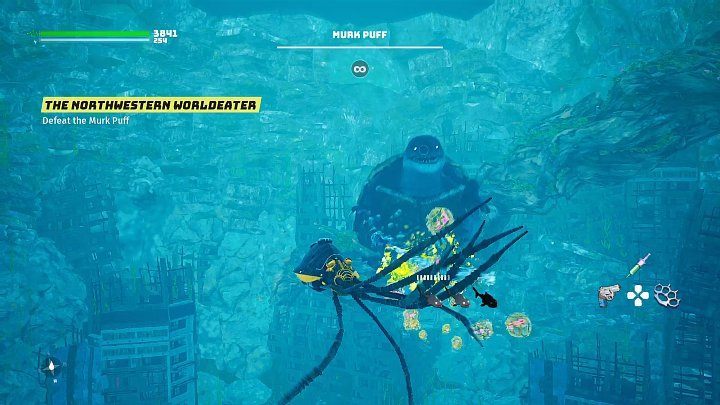 When Murk Puff hides into his shell, after a while he will start releasing something like underwater mines towards you. The mines explode once they collide with the target. The moment the boss pokes its head out of the shell, release a guppo toward it to distract it and force the enemy to extend its limbs. 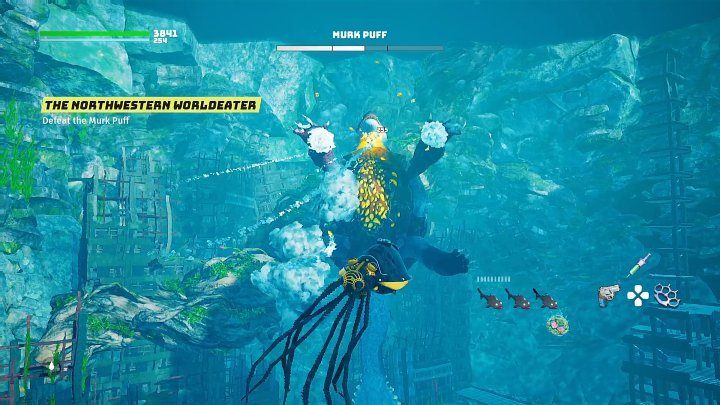 In the second stage, Murk Puff will employ a new and very dangerous ability. The boss will stop and clap, sending a wave in your direction - be prepared to dodge sideways, as this attack can drain up to 50% of your health. 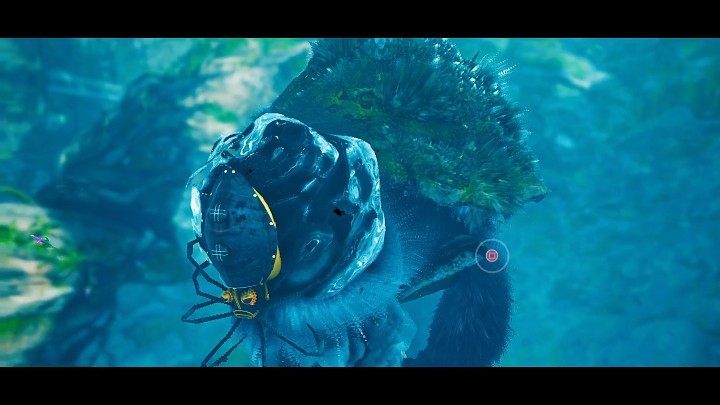 When a button (Square on PS4/PS5) appears next to your opponent's head, you'll be able to cling to their mouth and drain a good chunk of his health. During this attack, mash the appropriate button. 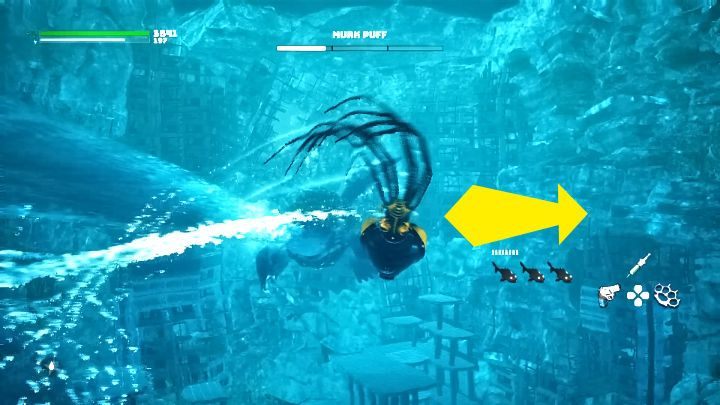 In the third stage, Murk Puff will receive an additional attack. The boss will breathe in air and then start shooting a continuous stream of water towards you - the attack can be avoided by dodging to the side. 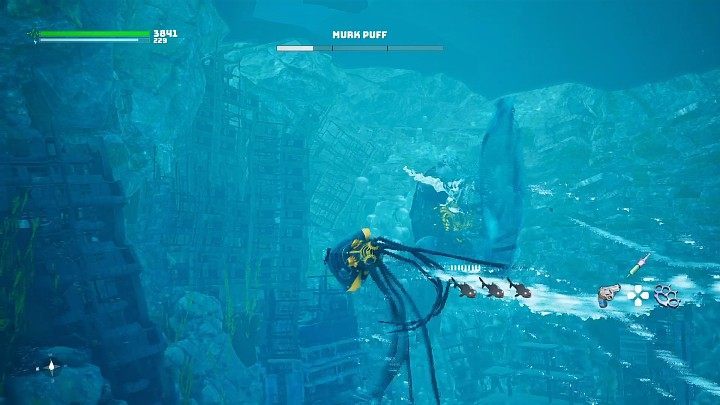 The previous attack of Murk Puff will be slightly modified and instead of just one clap, the opponent will now use this ability three times in a row. Stay at a good distance from the boss and you will easily avoid getting hit. 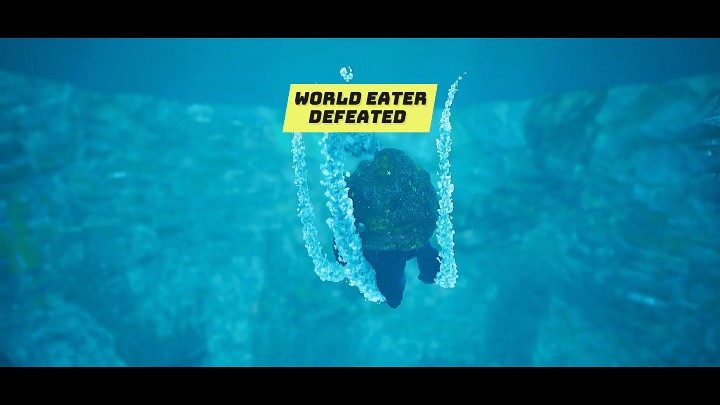 When Murk Puff's health drops to zero, the creature will drop dead and the fight against the fourth boss (World Eater) of Biomutant will be over.