This page of the Biomutant guide contains a walkthrough of the Hoof Puff boss fight. You will learn when the confrontation with Puffy Hoof occurs, what attacks the boss has and how to avoid them as well as how to defeat him effectively and quickly. 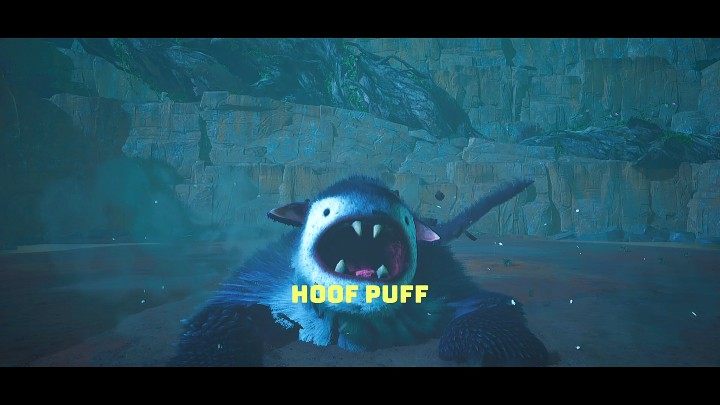 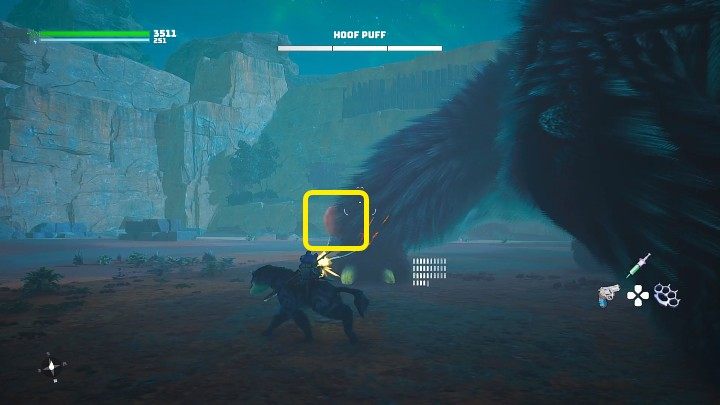 During the fight, attack the boss's vulnerable points to inflict damage and provoke the creature to open its maw. The Hoof Puff has 4 vulnerable areas, one on each paw - a few accurate shots will destroy the tissue and cause a small explosion.

You don't have to shoot only from the front - side shots and even ones from behind are just as effective. 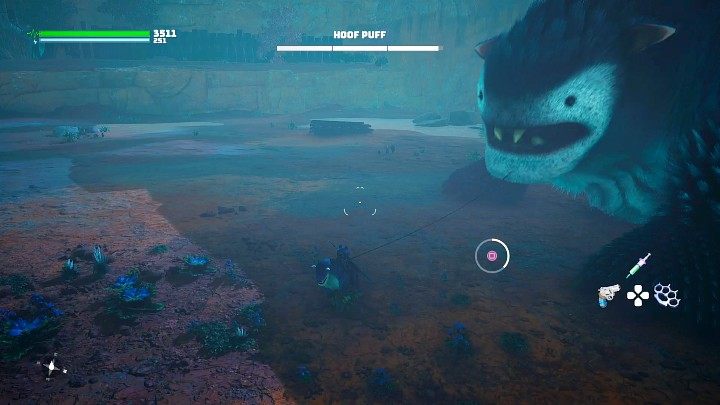 When you destroy three vulnerable points, the Hoof Puff will open his mouth for a moment - approach him and throw a rope over one of his teeth, then press the correct key (square on PS4/PS5) to pull it out. You have to pull out 4 teeth during the fight, and each time the boss loses a tooth, he will take a lot of damage.

When you pull a tooth, be prepared to quickly press the dodge key (circle on PS4/PS5) to avoid the flying tooth and maintain your balance. 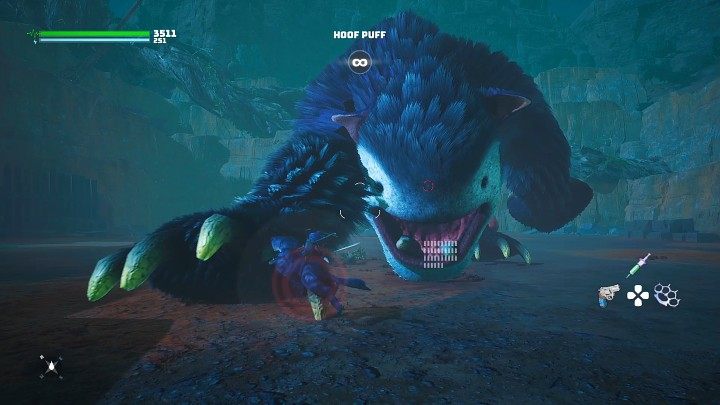 When Hoof Puff starts charging at you, be prepared to dodge at the right moment. To make things easier for you, the game will prompt you which button to press. 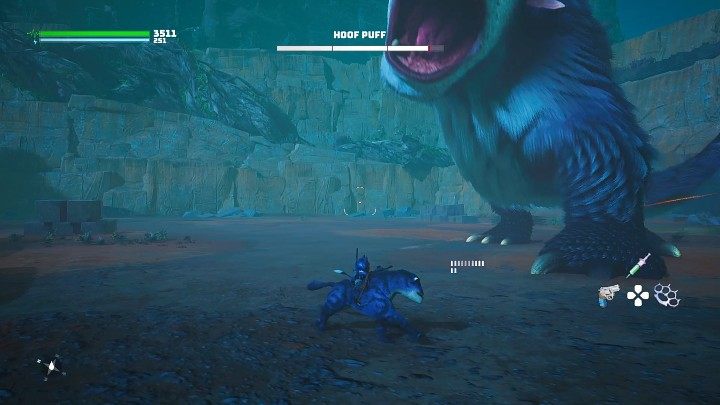 As you weave between the boss's legs, you have to watch out when he swings and stomps his front paws. 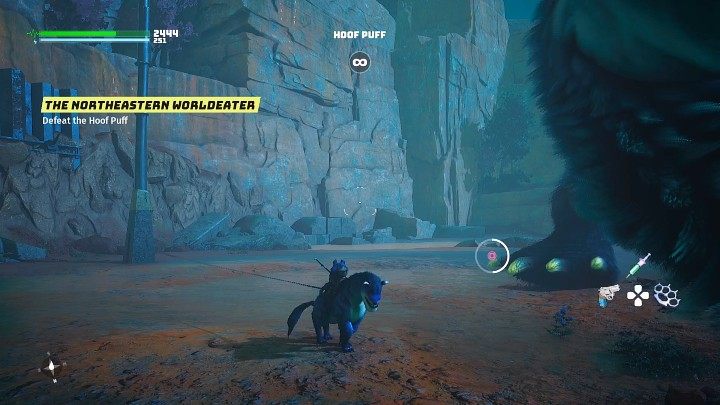 You can also use the lamps in the arena to hurt the boss. Grab them and then knock them down so that they fall on the boss. 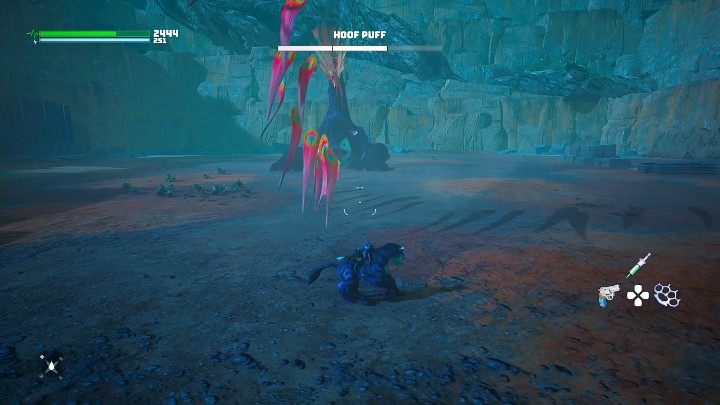 In the second phase of the fight, the Hoof Puff will start shooting bullets from his tail. Keep moving at all times to avoid getting hit. 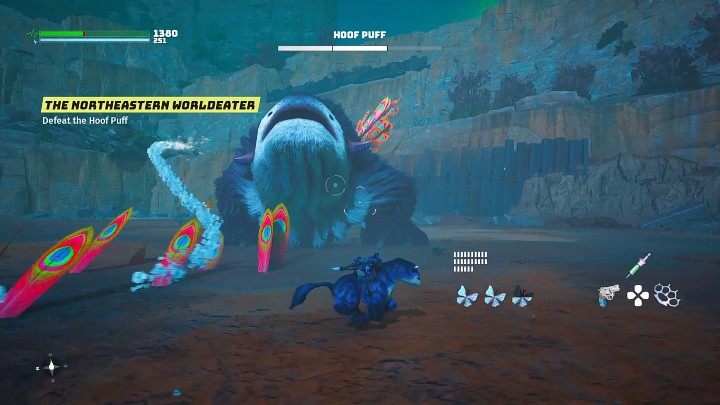 When the boss fires three series of bullets, release one Glittermoth right in front of his face to distract him. 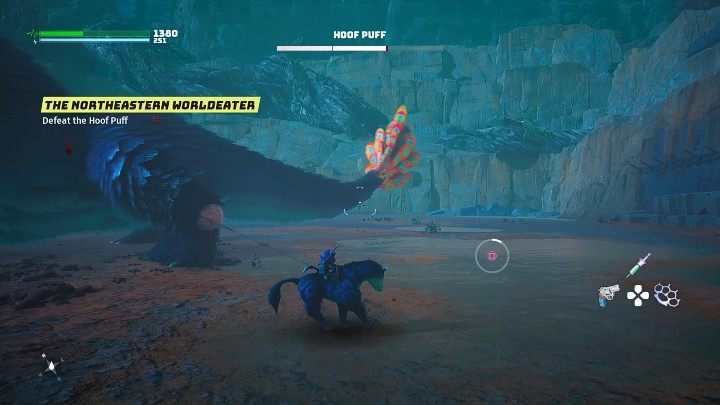 As the Hoof Puff tries to catch the Glittermoth, run up to him and tie his paws together with the rope, then mash the correct button to knock the beast down. 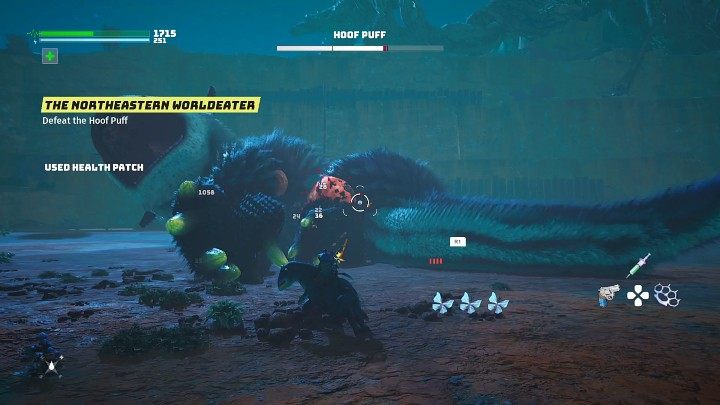 When you knock Hoof Puff down, you will have a few seconds to deal as much damage as possible. As the fight continues, attack the creature's vulnerable points and tie its paws whenever you can to knock it down and gain a temporary advantage. 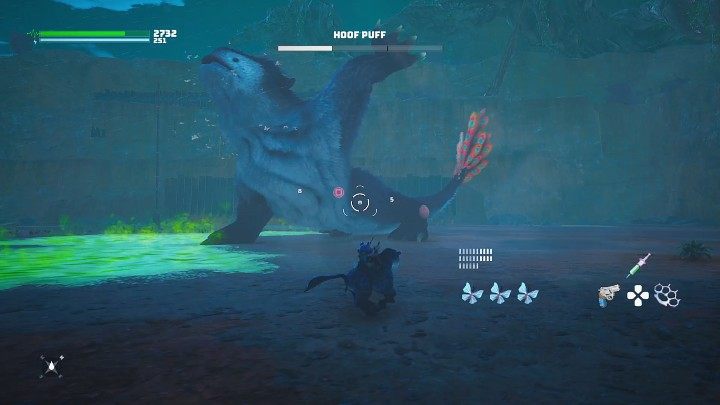 The third phase of the boss fight with Hoof Puff looks just like the previous one - distract the boss, knock him down and try to the most damage in the shortest time possible. 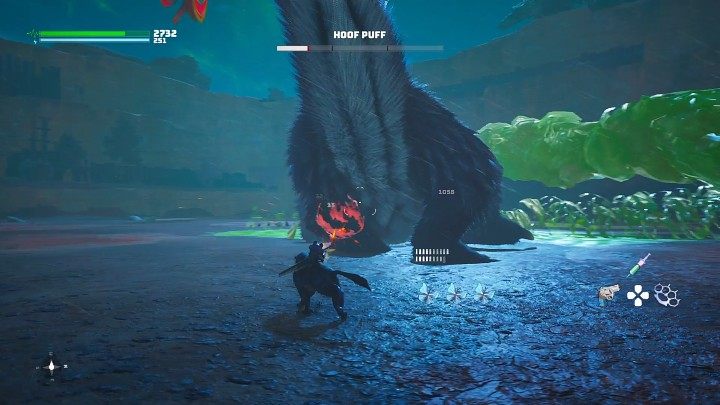 When the boss tries to kick you with one of his hind paws, use that moment to tie him up and knock him down. watch out, though, as the beast will spray acid around itself. 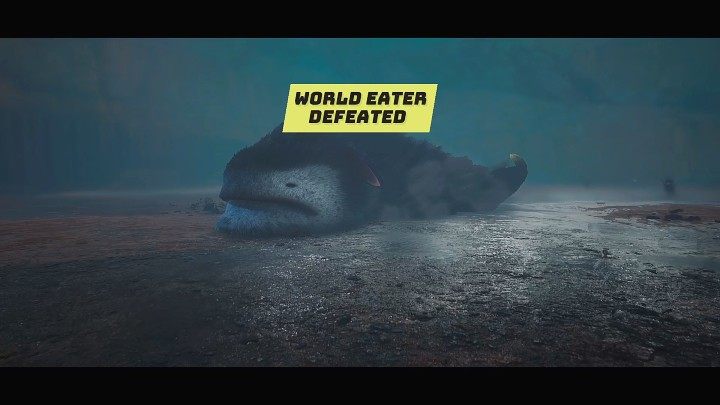 When Hoof Puff's health drops to zero, he will drop dead and the fight with the third boss in Biomutant will be over.