This page of the guide to Biomutant features a detailed walkthrough of the main story quest The Eastern World Eater.

Glutomir has created a Googlide that will help you fight the Porky Puff that has settled at the end of the eastern root of the Tree of Life. 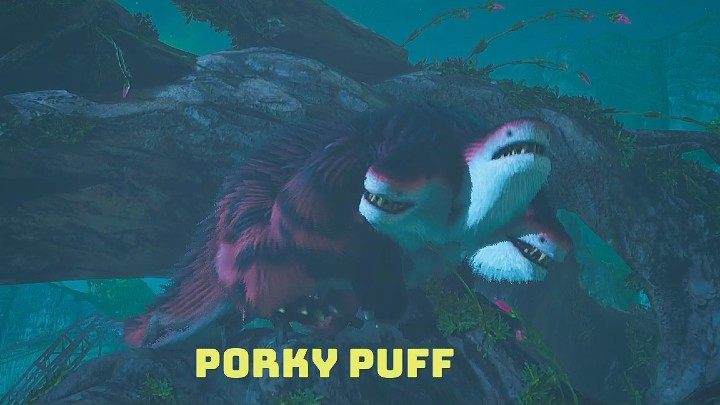 The Porky Puff is the second World Eater (Boss) in Biomutant. The fight against this opponent has been divided into two stages - the first takes place on water and the second on land. 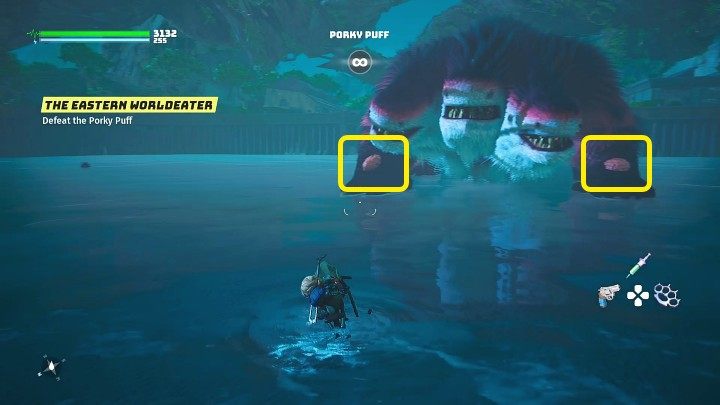 During the first phase of the fight, attack the boss's vulnerable areas to deal damage. The Porky Puff has 4 vulnerable points, one on each paw - a few accurate shots will destroy the tissue and cause a small explosion.

You don't have to shoot only from the front - side shots and even ones from behind are just as effective. If you want, try to grab one of the mines and bring it closer to the boss. When the charge explodes, it will destroy the boss's vulnerable points and deal him some damage. 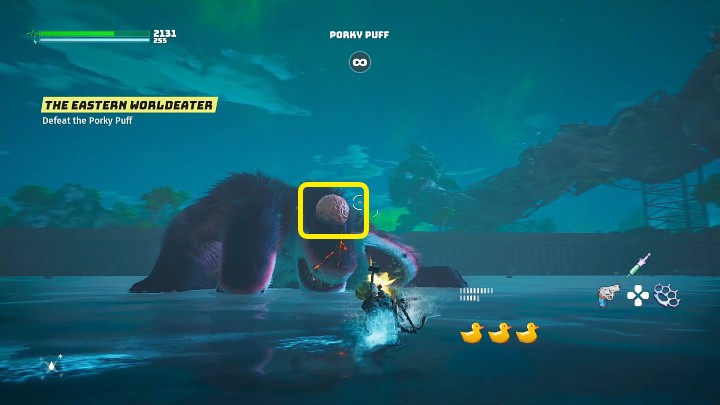 When all 4 weak points are destroyed, the boss will fall and you will be able to swim up from the front and smash the large growth that will grow on Porky Puff's head. 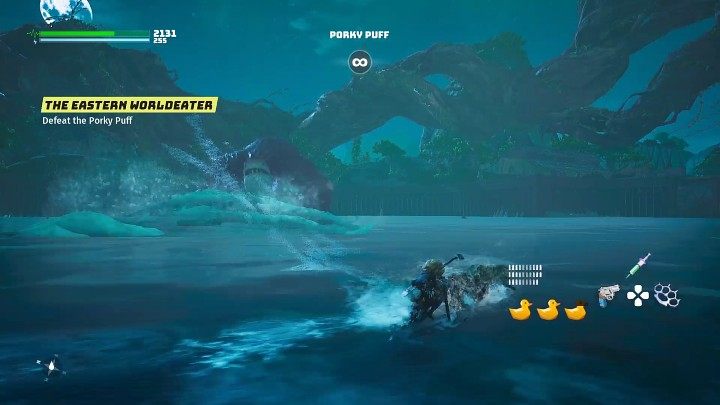 Throughout the fight, the Porky Puff will attack with his strong paws, and each attack will create a wave that will move very fast towards you - to avoid taking damage, quickly swim away to the side. 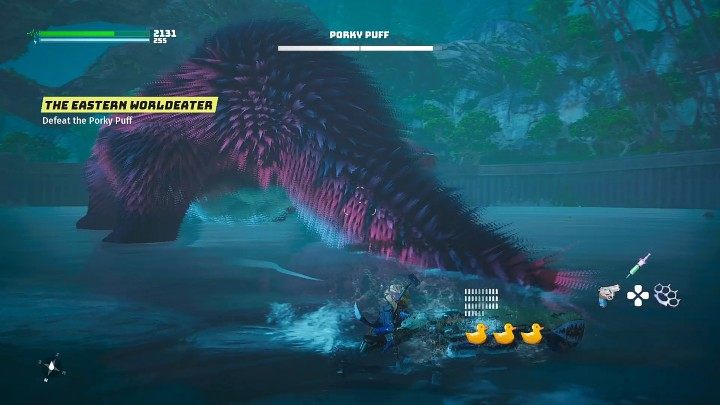 As you swim around the monster from behind, watch out for its big tail, because the Porky Puff can lift it up and then forcefully slam it to the ground. 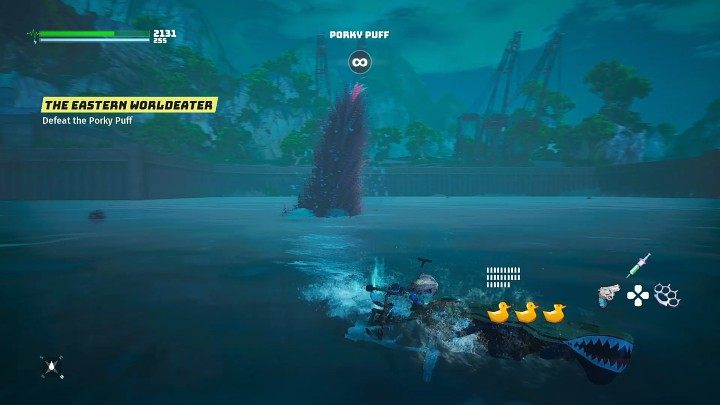 When the boss dives in and starts chasing you, swim around the arena and don't get caught, or else you will die instantly as soon as the Porky Puff touches you. 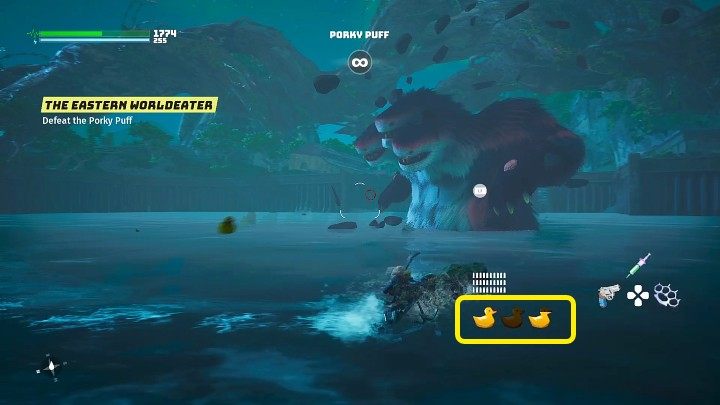 As soon as the Porky Puff emerges to locate his target, throw out a rubber duck to distract him - this will cause the boss to go on land. 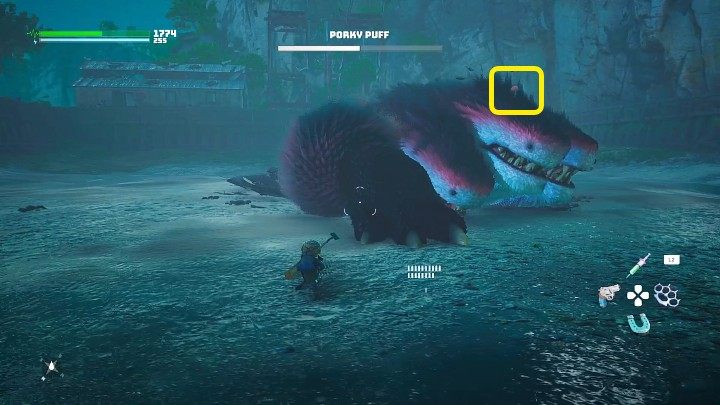 The second phase of the fight with the Porky Puff takes place on the ground, and the boss will remain in one place, so the range of his attacks won't be very large. The boss's sensitive spot is on the head, but you don't necessarily have to shoot at it, because you can cause damage with regular melee attacks and long-distance attacks.

The best chance to attack the boss's sensitive point will come when the Porky Puff tries to crush you with his paw. He will remain on the ground for a while after the attack, and will then be exposed to damage. 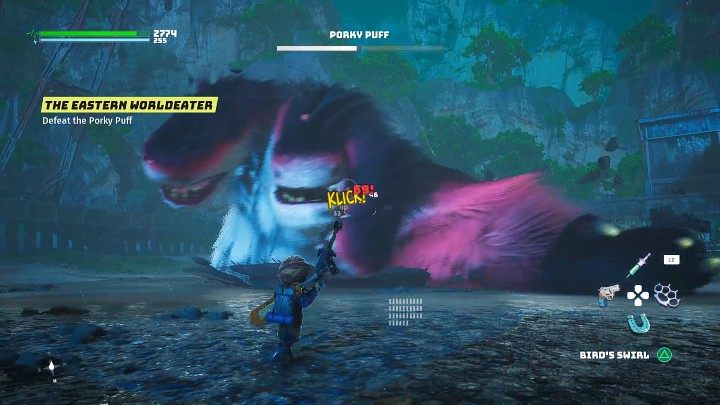 In the second phase of the fight, watch out for the broad paw attack. During such attack, the Porky Puff will place his paw on the ground and then move it quickly above ground. You can avoid this attack by staying out of the enemy's range, or by dodging at the right moment. 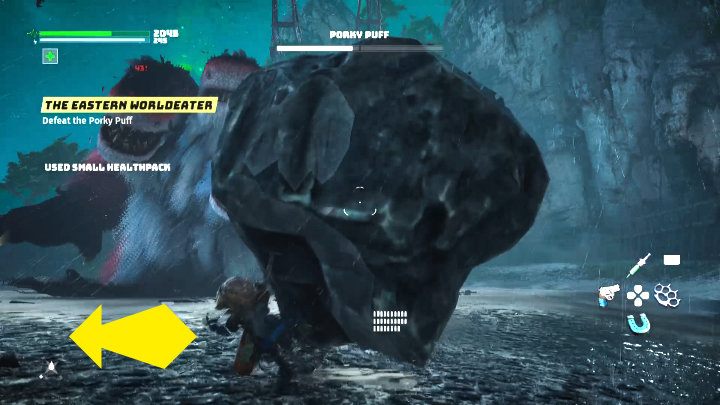 The boss will often throw rocks at you with both paws, one after the other, so you must be prepared to quickly perform two sideways dodges in a short span of time. 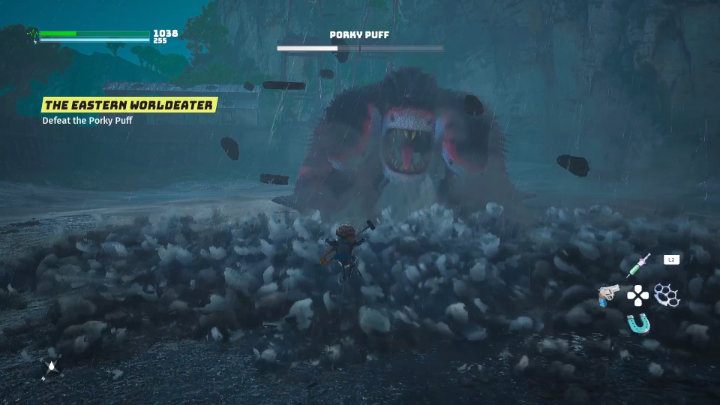 When the Porky Puff starts lifting up his paws, it is a sign that he is about to hit the ground and create a shock wave that you will have to jump over. He will perform this attack three times in a row. 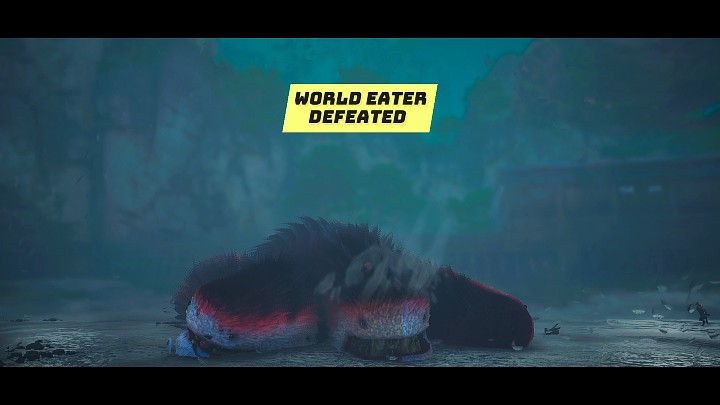 When the Porky Puff's health drops to zero, the creature will drop dead and the fight with the second boss in Biomutant will be over.