This page of the Biomutant guide contains a detailed walkthrough of the Gizmo main story quest.

Gizmo needs Sqvips, dangerous little creatures that will become Mekton ammunition, but the only person who knows their location is Moog, a monster hunter who has set up a camp on the Steeposide. Once the Mekton is loaded up with Sqvips and upgraded, it will be strong enough to face Jumbo Puff at the end of the western root of the Tree of Life. 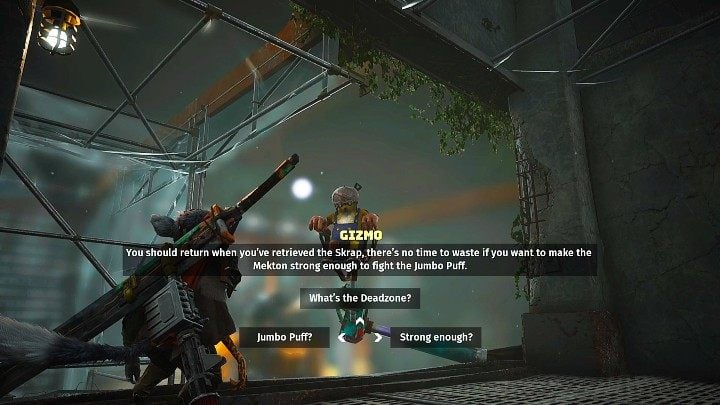 Gizmo will tell you a bit about the main character's past, but also about Mekton, his invention, and how this robot can help you fight Jumbo Puff. 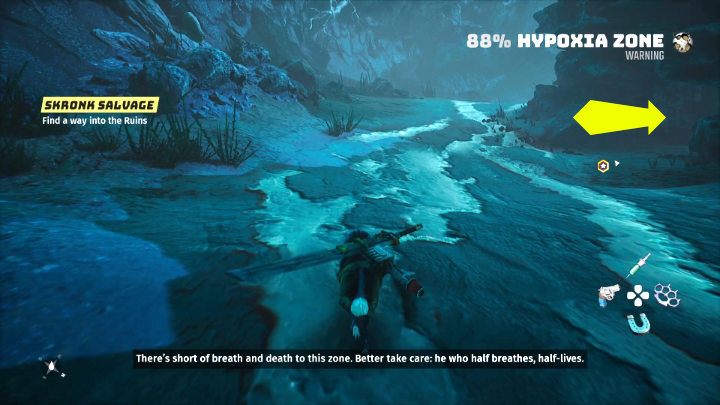 Mekton needs to be upgraded, but Gizmo can't go to the Dead Zone to look for components because he has no protection against the void there. After leaving the studio, head to the cave on the right.

As soon as you step outside the building, an oxygen level counter will be shown in the upper right corner of the screen - when it drops below 50%, your hero will start receiving damage. 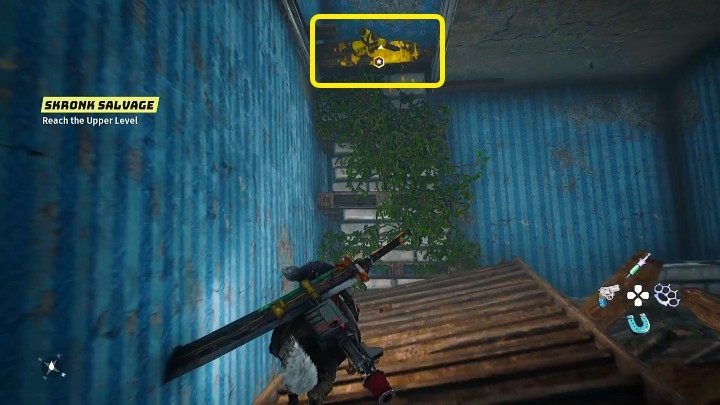 After entering the ruined building, locate the yellow item shown in the above image, then jump up and grab the edge of it to get to the higher level. 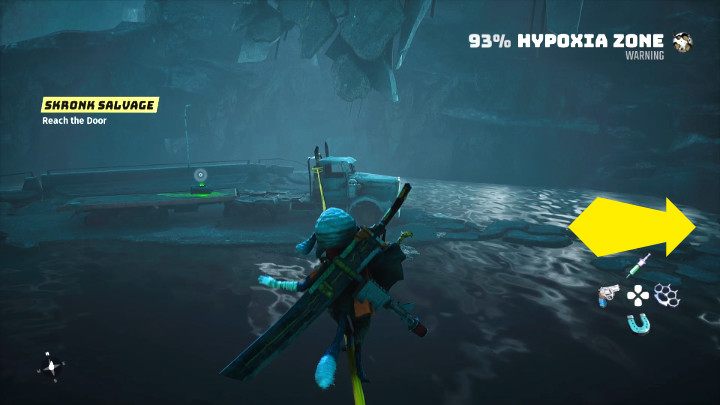 Jump on the rope and walk towards the truck, then head to the right and jump over the rocks to the room at the end of the path. 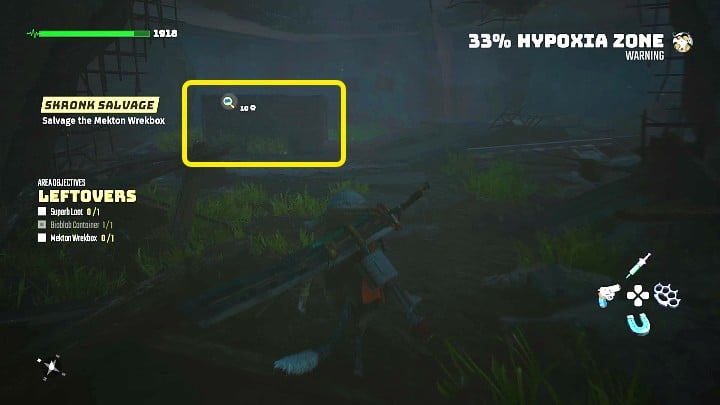 After entering the dark room, interact with the chest marked in the above image and you will get the parts you need.

By jumping up to the higher level of this building, you will have the opportunity to collect some additional equipment. At the very top, you will also find a rope that will take you straight down to Gizmo's hideout.

Gizmo will immediately install the part you acquired and activate the Mekton - from now on you can use the robot to move around the Dead Zone in relative safety. 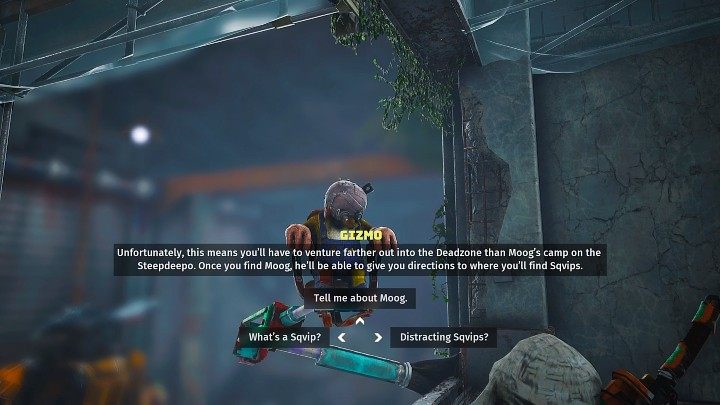 During the conversation, Gizmo will reveal to you that he has been working on a special weapon that can help in the fight against Jumbo Puff, but he needs special ammunition for it - the Sqvips. You must go to the Dead Zone and find Moog, the monster hunter, who will give you tips on where to find the Sqvips. 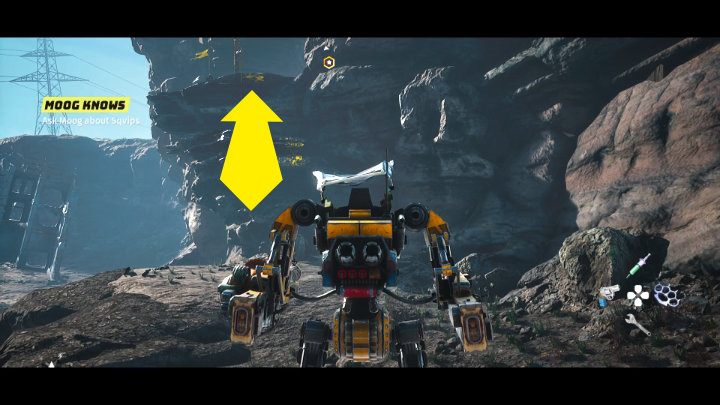 Hop into the Mekton and head to the Dead Zone. When you reach the spot shown in the above image, exit the mech and jump all the way up the yellow dots. 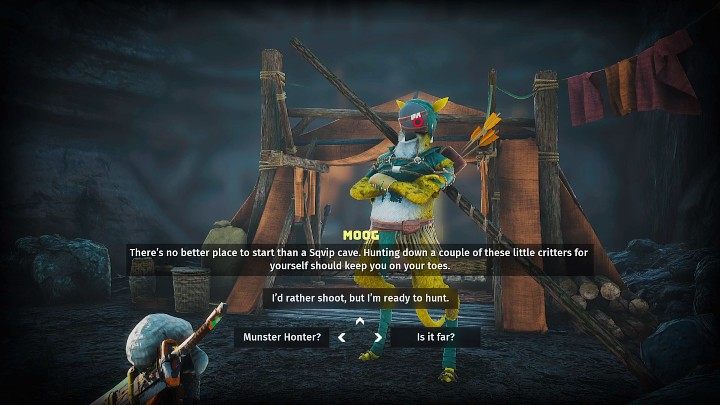 During the conversation with Moog, you will learn what the monster hunter profession is all about. Moog will also tell you where to find the Sqvips - you must go to the nearby cave (Sqvip cave). 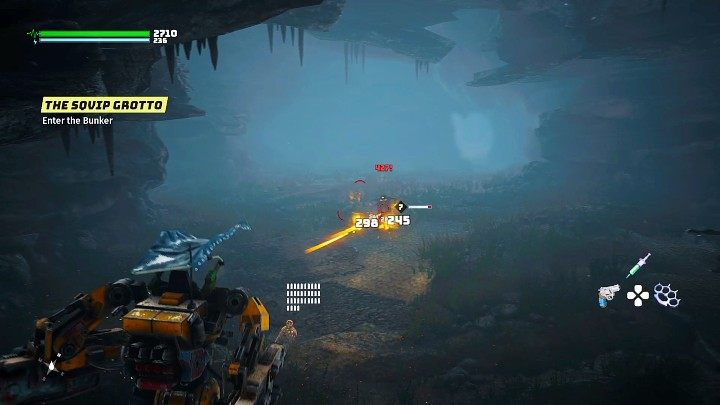 After entering the cave, deal with the enemies that will stand in your way, then get out of the Mekton, enter the bunker and take the elevator down. 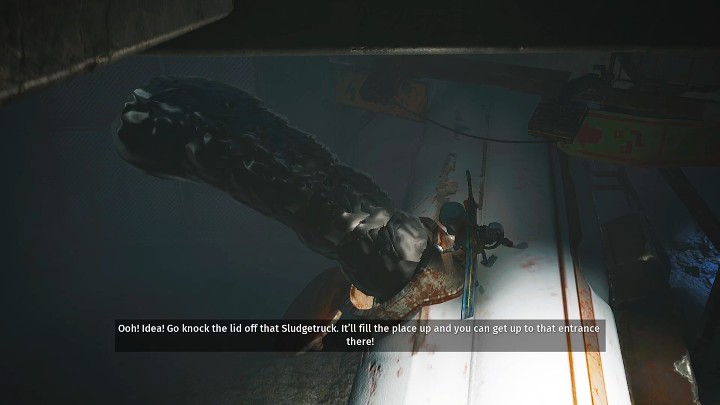 After descending to the lower level, jump onto the tanker and open the hatch (press the buttons that start appearing on the screen one by one) to flood the room with oil. 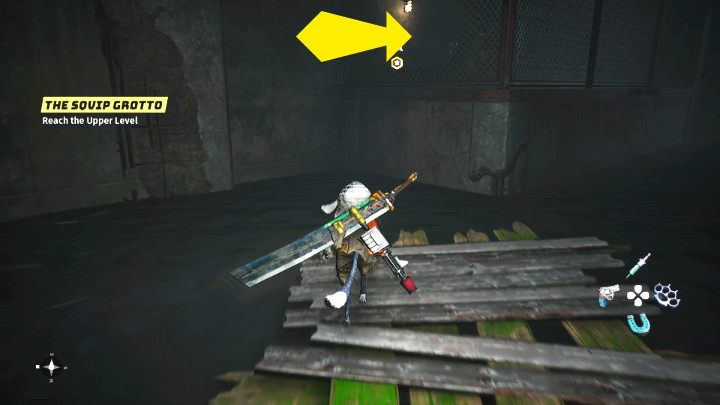 Wait until the oil level in the room rises and jump through the hole in the mesh to get to the higher level of the bunker. 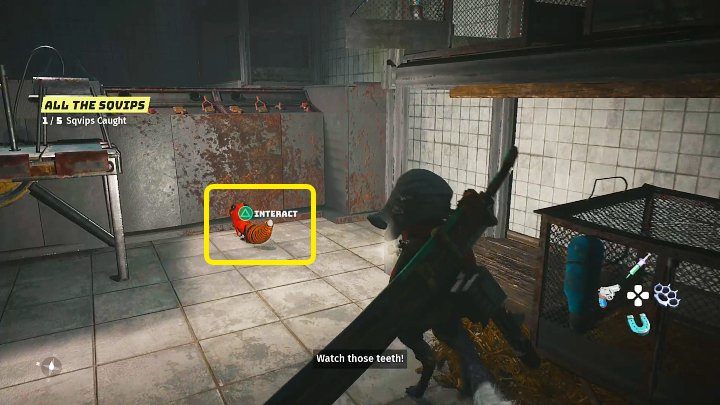 Enter the marked room and try to catch the Sqvips running around in there. When you get close to the creature, press the interaction button and your hero will immediately catch the Sqvip in a net. 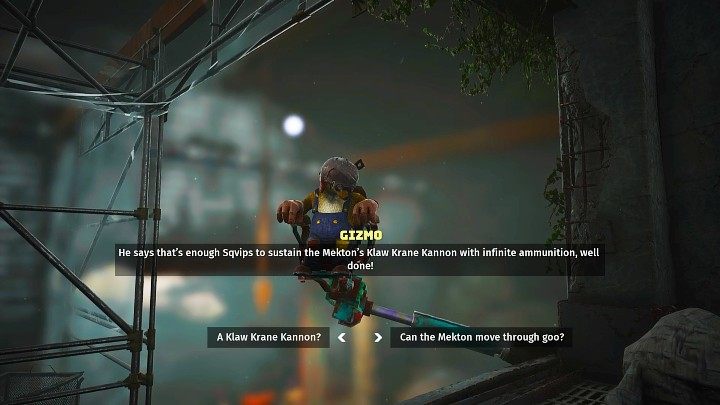 Return to Gizmo and hand him over the captured Sqvips. Gizmo will immediately add the small creatures to the Mekton and his Klaw Krane Kannon weapon will be ready for use.