This page of the Biomutant game guide explains how to demolish weakened walls. You will learn what gadget you need to destroy interactive walls, how to use it correctly, and what you can gain from demolishing the walls in the game. 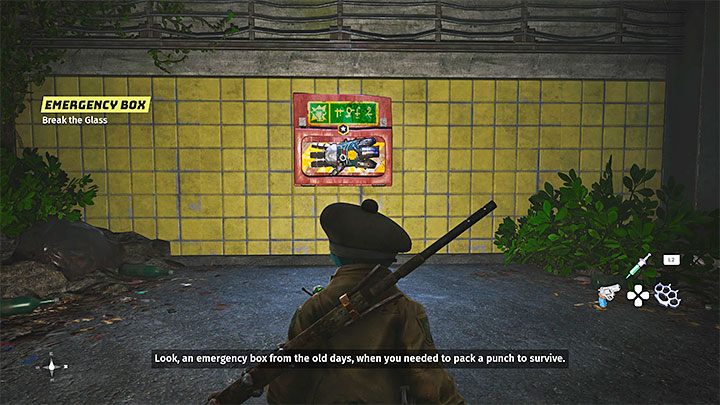 The topic of demolishing walls will come up fairly early in the campaign, specifically while completing the Another World main quest concerning the beginnings of the Tribal War.

While completing the aforementioned quest, you will visit a post and find the Klonkfist hanging on the wall. 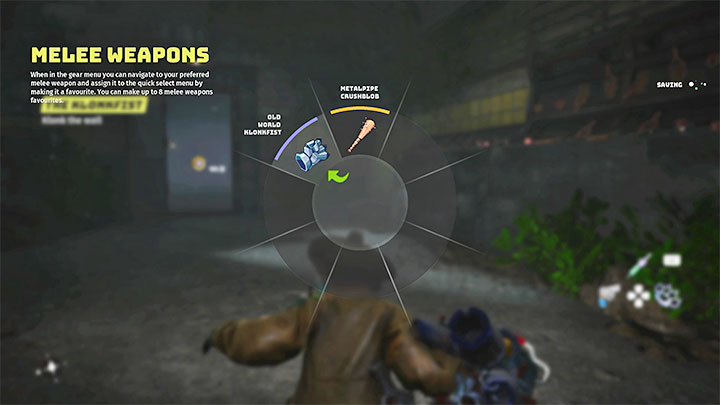 This newly acquired mechanical fist is considered as a melee weapon. This means that it will appear in the weapon drop-down menu and can also be used to attack enemies. 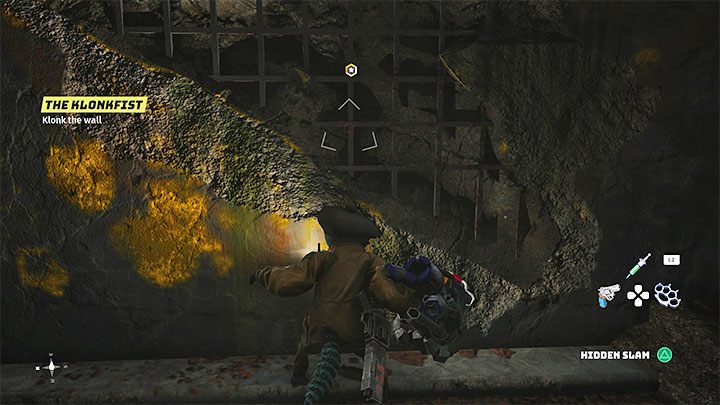 The most important use of the mechanical fist is its ability to knock down selected weakened walls.

You will come across the first weakened wall not far from where you found the aforementioned gadget. More weakened walls can be found in various places in the game world and they might be blocking access to treasures or secret passages and rooms. It's worth using the first in all areas where you notice damage to the wall. There's a good chance you'll be able to knock down the wall, which in turn will help explore 100% of the game world. 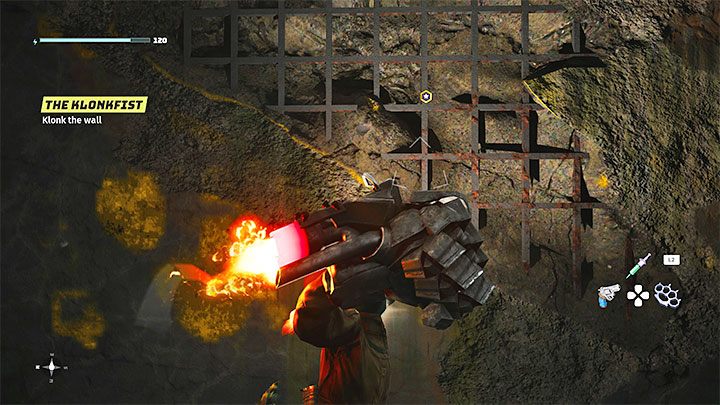 In order to use Klonkfist, you have to charge the mechanical fist attack, i.e. hold down the attack button and wait until it's fully charged - an example of this is shown in the image above. 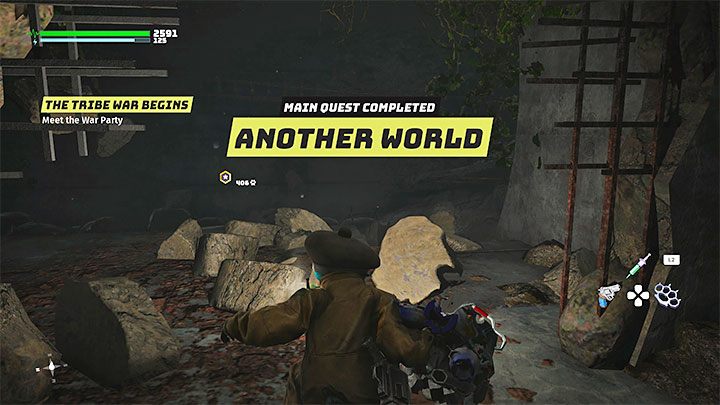 You have to hit the wall several times using the mechanical fist. It won't be demolished after the first attack, but will gradually decay, thus allowing you to see that your attacks are having an impact on it. Keep the charged attacks coming until you break through to the other side.