On this page of the Biomutant game guide you will find a detailed walkthrough of the main story quest Bunker 101.

Bunker 101 was created to keep danger away from the inhabitants of the Biomutant world . It is connected to the Great Wall, the last line of defense that separated the Old World from the Otherworld. 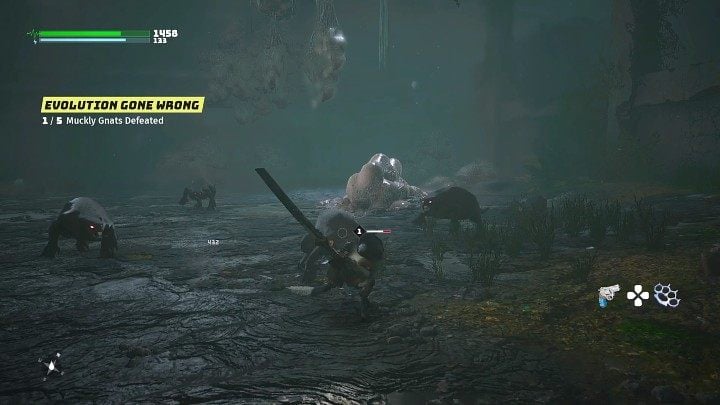 After closing Bunker 101 doors, you will be attacked by 5 mutated creatures. You can practice the techniques you learned earlier on them. After the battle is over, climb the stairs to the upper level and open the door to enter the next area of this location. 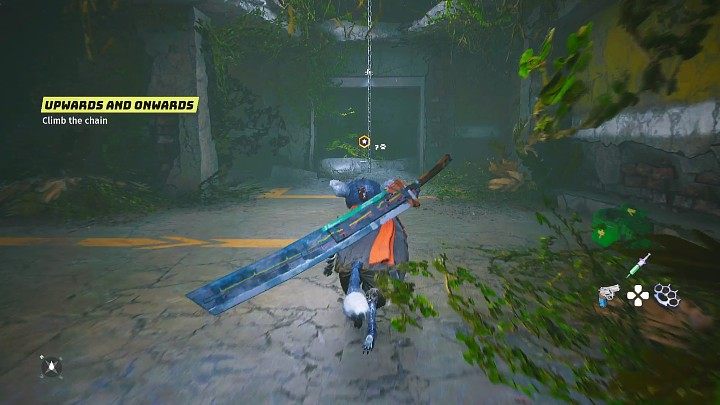 Walking through the corridor and rooms of Bunker 101, you will have the opportunity to open several chests where you will find useful items: weapons modifications, and healing items. At the end of the path, jump on the chain and climb up to a higher level. 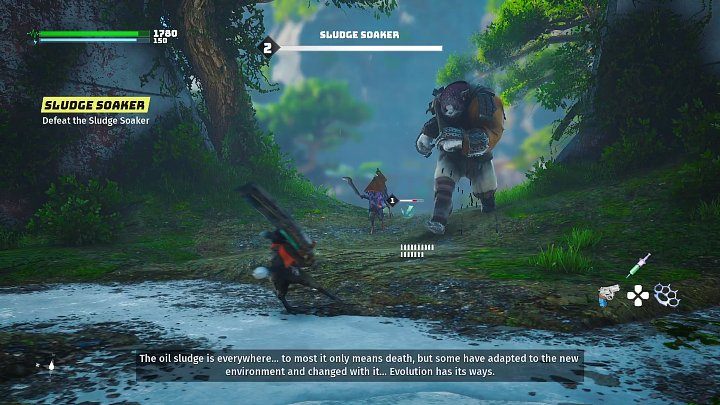 As soon as you get to the next area, you will be attacked by a larger enemy (Sludge Soaker) accompanied by 3 smaller aids. It's a good idea to eliminate smaller enemies first, so that you can focus on the main enemy later. After the battle, enter the ruins. 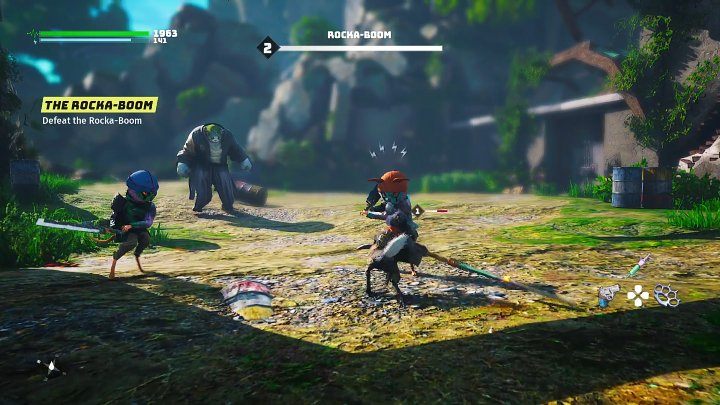 In the ruins, you have to fight another stronger opponent, Rock-Boom. First focus on eliminating minor enemies as quickly as possible, then finish off the larger opponent.

It is worth noting here that the barrels located in this area are explosive - it only takes a few accurate shots to blow them up. 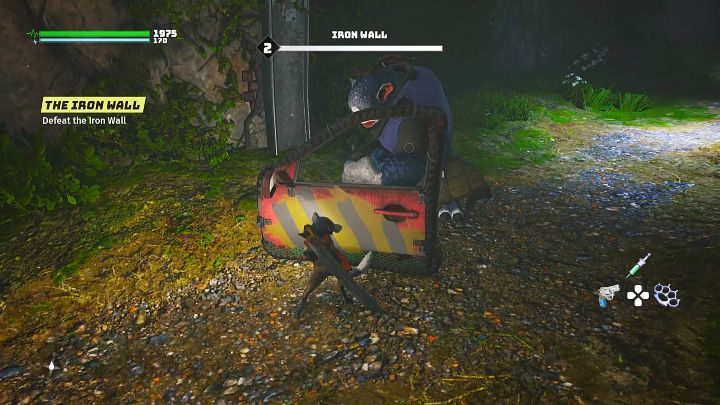 In the tunnel, you will encounter a new type of enemy that uses a shield in battle. Before you can do any damage to him, you must first smash his shield. 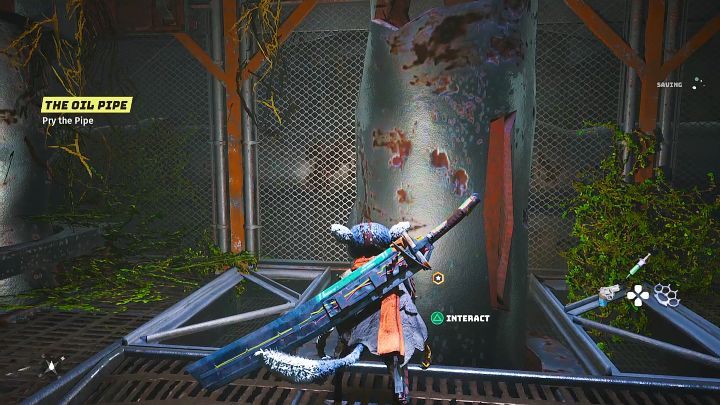 After the fight, enter the side room, take the Klawbar and open the passage to the rest of this location. Moving on, you will reach a pipe that must be destroyed with a crowbar in order to descend to the lower level of Bunker 101. 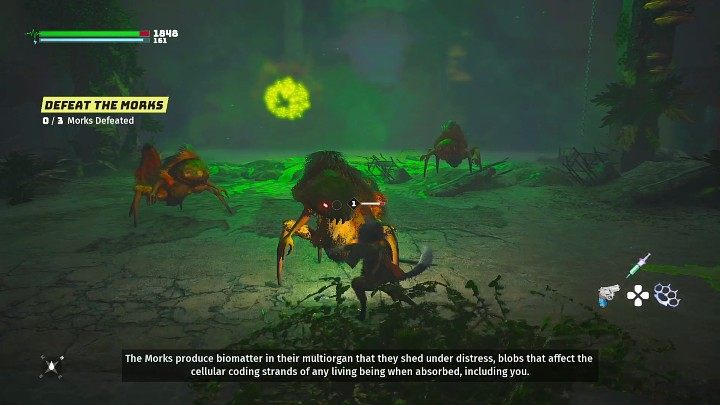 Your next fight will be against some new opponents who shouldn't give you much trouble. As a reward for your efforts, you will receive Bio Points, which you can use to unlock new psi powers, skills, or boost your character's durability. 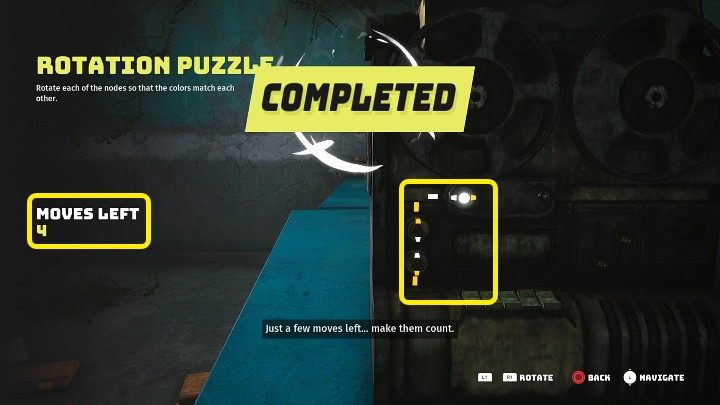 You will need to solve a simple rotation puzzle to get the display going. The left side of the screen shows the available number of moves, which is directly related to the Intellect attribute - the higher the attribute value, the higher the number of moves. On the right, you can see the sequence laid out - just match the white switches to the white ones, and the yellow switches to the yellow ones. 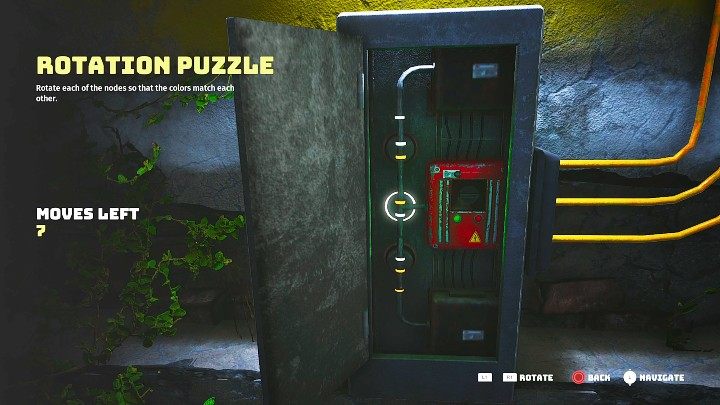 Before you can move on to the next room of Bunker 101, you will need to complete another simple rotation puzzle. The principle is exactly the same as in the previously solved display puzzle. 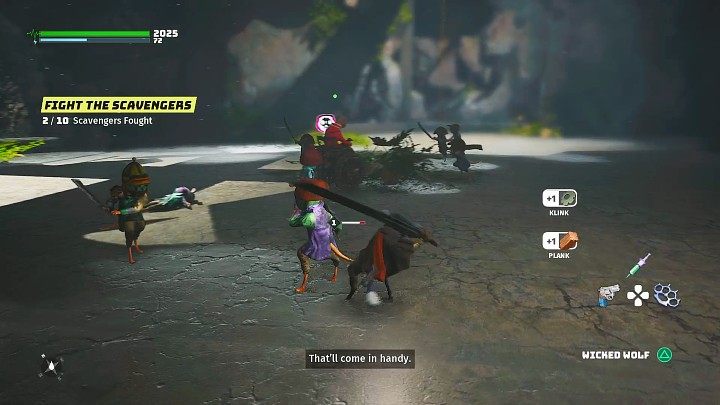 Moving on, you will reach a room where your old friend Out-Of-Date has been attacked by a bunch of rascals. Deal with the enemies and then talk to him to complete this task.