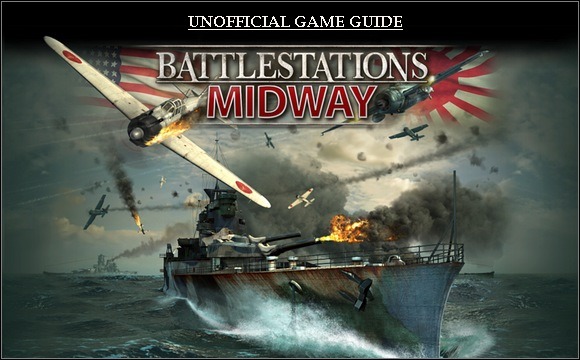 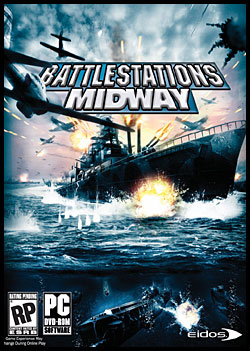 BattleStations: Midway is an immense action game that drops players into massive air, sea, and undersea battles from Pearl Harbor to Midway. Players command massive fleet attacks and take direct, real-time, control of every plane, battleship, and submarine in the battle.
Battlestations: Midways blends intense 3rd-person action with epic, large-scale naval combat and brings to life the great Pacific battles of the World War II. From the chaos of Pearl Harbor, through the Philippines, Java and the Coral Sea all the way to the epic Battle of Midway.
Innovative gameplay lets players take direct control of over 60 different warships, planes and submarines from a 3rd-person perspective. Players can instantly switch to and control every vehicle in the battle.
The Single Player mode features 11 large-scale campaigns with 12 bonus challenge missions. The online multi-player combat offers an entirely new online battle experience and features head-to-head and co-operative fleet battles featuring over 60 Allied and Japanese units.
- Revolutionary gameplay: Experience epic WWII combat from multiple perspectives as you jump between dozens of units, playing as a pilot, a gunner, a submarine captain or even carrier fleet commander.
- Massive air, sea, and undersea battlefields: Every battle takes place simultaneously in the air, on and under the sea. Movement of your fleet and the individual efforts of any one vehicle is critical to success.
- Sixty warships. Planes, ships and submarines authentically designed. The more players know about each ships profile, capabiilities and weaknesses the better they will fight. Features the Wildcat and Zero Fighter planes, the Dauntless Divebombers, the B17 and B24 bombers, the USS Iowa, USS Yorktown, and Japans infamous super battleship, The Yamato.
- Authenticity & Realism: Cutting-edge graphics bring the Pacific oceans and island chains alive with lush real-world environments, dynamic weather effects and incredibly detailed vehicles and weaponry.
- Deep single player mode: featuring 11 massive campaigns with 12 bonus challenge missions and an immersive storyline.
- Innovative online multiplayer mode: Huge multi-unit online battles with up to 8 players controlling over 60 units on Xbox Live and online.