On this page or our guide we have prepared a walkthrough to the final part of the Riddler's Revenge side quest available in Batman: Arkham Knight. This is the final encounter with the Riddler, where you have to defeat and apprehend him. 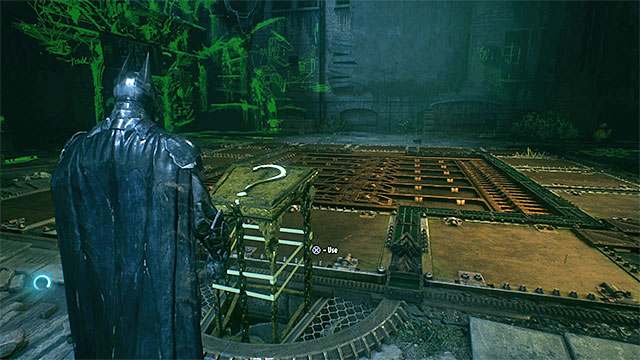 Interact with the control panel at the Pinkney Orphanage

It has already been stated, earlier in This walkthrough that you can start the actual fight with the Riddler only after you have completed all 243 puzzles. All of them have been provided with walkthroughs that you can find on the following pages of This chapter. After you solve them all, return to the Pinkney orphanage. Walk into the main hall and interact with the control panel with a question mark, which will confirm that you actually have solved all of the 243 puzzles. After a while, the Riddler appears in his machine and This time around, you will be able to complete the fight. 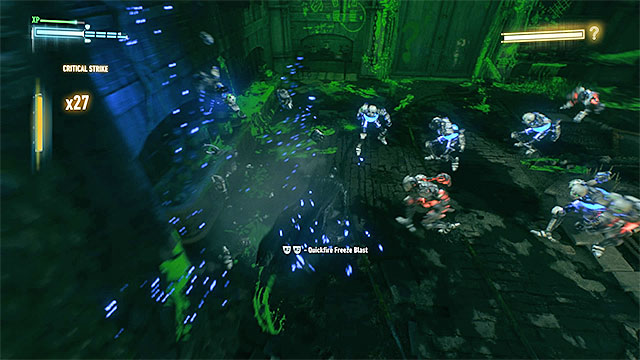 After you start fighting, attack the Riddler's blue robots only. Fortunately, they are not too heavily armed and therefore, it is a quick thing to destroy them. For the whole time, you need to keep ignoring the Riddler. You only need to watch out for the green projectiles that he fires and dodge at the right moments. 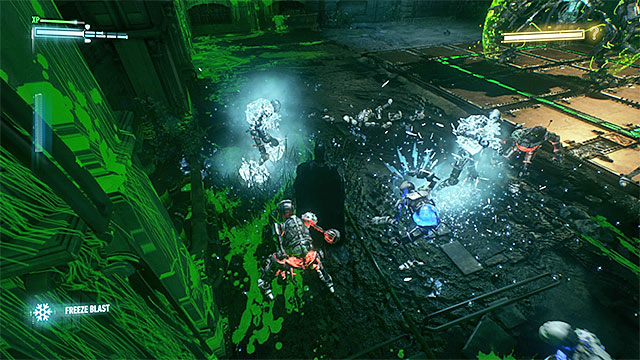 On the red robots, use the gadgets that either stop or damage them.

The red robots of the Riddler cannot be attacked, as of now, because the Catwoman is not there to fight with you. You can follow the suggestion and use the Freeze blast against them (which will freeze them), but other things work also. Cape stun and electric charge work just as well. 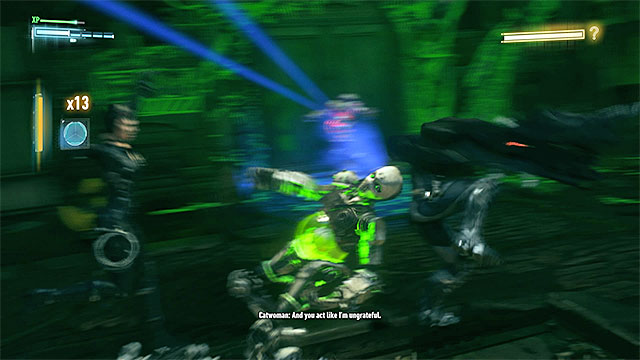 Aid your fighting with team attacks

Keep fighting up until the Catwoman appears. From now on, things are going to be easier. As Batman, attack the blue robots and the red ones as the Catwoman. You need to be careful, because the Riddler will occasionally change which robots should be attacked by whom so, do not attack blindly. To eliminate the robots quickly, use team attacks, especially that you get the option to do This quite often. 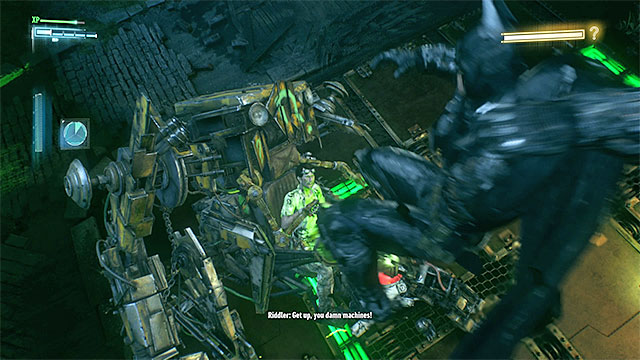 Attack after the Batman jumps onto the Riddler's machine

Your objective is to bring about the situation, in which all of the bodyguards are neutralized. Wait for the Riddler's machine to hit the ground and run up to him from the frontal side. Press the standard attack key/button for your character to jump onto the machine. Keep pressing the attack key for Batman to deal damage to the Riddler, which deprives him of a third of his health. 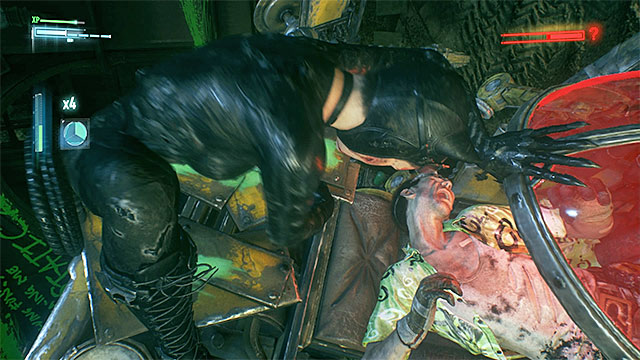 Now, the Riddler needs to be attacked by the Catwoman

Keep engaging the Riddler's robots, and remember to match their colors with the character that you are currently controlling. Just like earlier, you need to destroy all of the robots. Wait for the Riddler's machine to hit the ground again BUT do not attack it and jump onto the machine as the Catwoman and start bashing the Riddler. 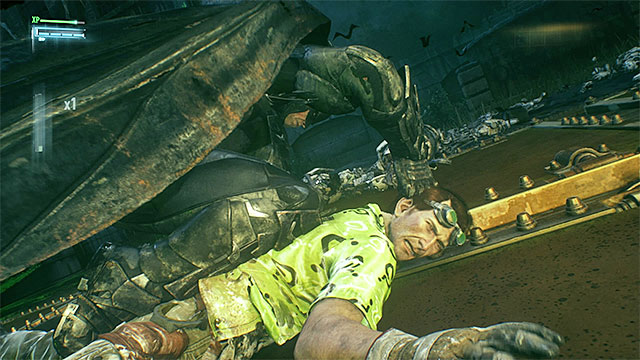 Again, as Batman, attack to defeat the Riddler once and for all

There are no surprises in the final part of This fight. You need to eliminate all of the Riddler's robots, after which you engage the main boss. Attack the Riddler as Batman again. Attacking the Riddler with a combo deprives him of the entire health bar and you win.

To end this side mission, you still need to escort the Riddler back to the GCPD precinct, but This is just a formality.