On this page of our game guide to Batman: Arkham Knight we have prepared some hints that will help you in infiltrating the secret Arkham Knight HQ. It's one of the in-game locations where you may find some secrets and collectibles.

The Arkham Knight's HQ becomes fully accessible only after you have defeated him in a direct fight. Making it inside is not as obvious as, e.g. Making it into the GCPD building so, it is worthwhile to learn the below information. 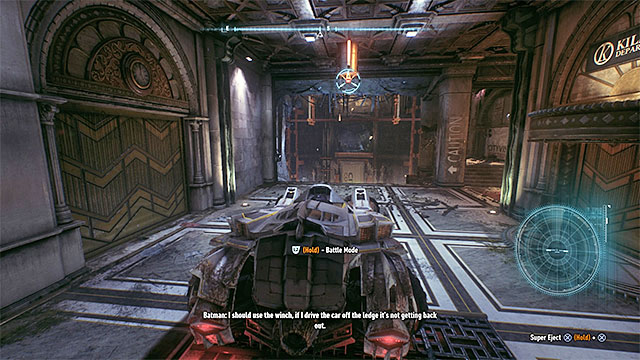 The HQ is underneath the Founders' Island and you can take two different routes to get inside - the Northern one and the Southern one (both of them are marked with blue icons on the world map). Through the Northern route, you get into a huge five-story shaft and which you have ridden the batmobile along, in the main storyline. To take this route, you need to reach the underground and locate the big hole in the wall, shown in the above screenshot , across which to get into the shaft (you need to glide here and use the grapple, or latch the batmobile under the ceiling. 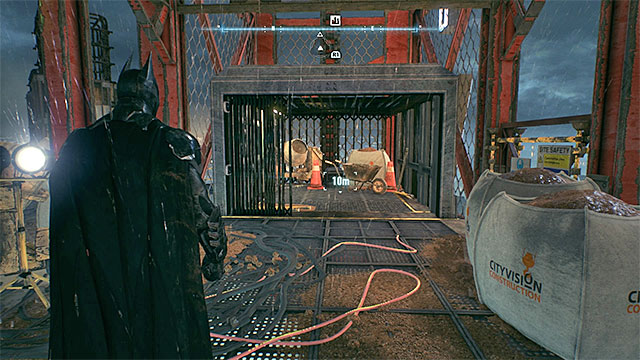 Through the Southern access, you make it into the HQ proper, i.e. The location where you had to defeat the Arkham Knight during the storyline. This is a medium-sized, one-level are. In order to make in there, you need to climb onto one of the highest floors of the skyscraper and find the elevator shown in the above screenshot. Using the elevator lets you reach the destination safely.

Note - Both the shaft and the HQ proper are not joined together, because it is separated by the tunnels Batman used to escape from the huge drilling machine. If you have obtained all of the collectibles in a given part of the base, return to the surface (by using the grapple in the shaft or by using the elevator in the HQ, and go to the other entrance).