On this page of our guide to Batman: Arkham Knight you will find exact locations of destructible objects that can be found in Subway under construction. Destructible objects are one of secrets (collectibles) available in the game. 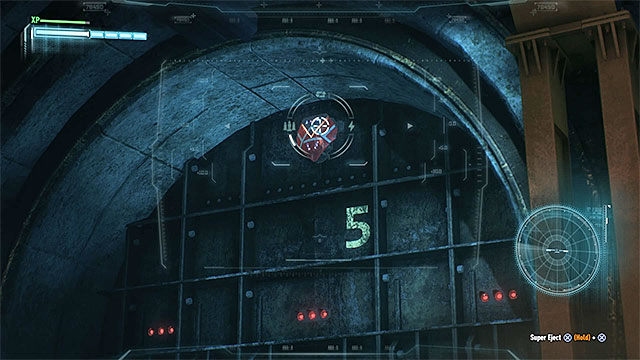 There are four breakable objects to destroy in underground metro tunnels. Eliminating them won't increase your counter of solved riddles by four because the game increase the counter of solved riddles each five destroyed objects. Objects in the metro are counted as part of the secrets of Founders' Island and you will find eleven more on the surface. This means that you will solve the total of three riddles (15 broken objects - 11 on the surface and 4 in the metro).

Use Batmobile's 60mm cannon on the objects. They are painted in red and can be found mostly on building's walls. You shouldn't have much trouble with finding them, help yourself with zooming the screen.