On this page of our guide to Batman: Arkham Knight you will find information about all brawlers with bombs located on Miagani Island. Brawlers with bombs are one of secrets (collectibles) available in the game. 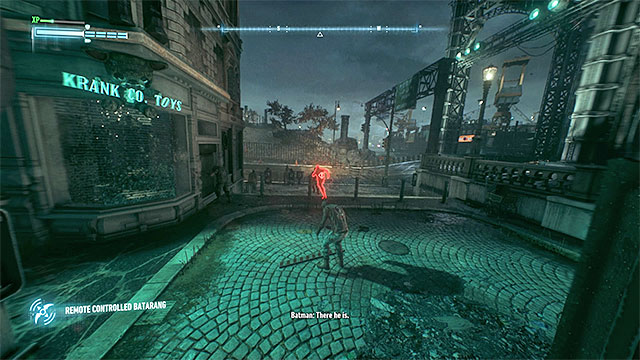 Three bomb rioters can be found in Miagani Island. In each case method of operation is the same. You must start with getting to the pressure plate and, after positioning yourself on it, listen to the speech of the Riddler. Next step is throwing the remote controlled batarang towards the enemies causing trouble on the streets. Don't knock down the enemies, instead only make the batarang fly next to them. One of the enemies will be identified as bomb rioter and the game will mark him in red. 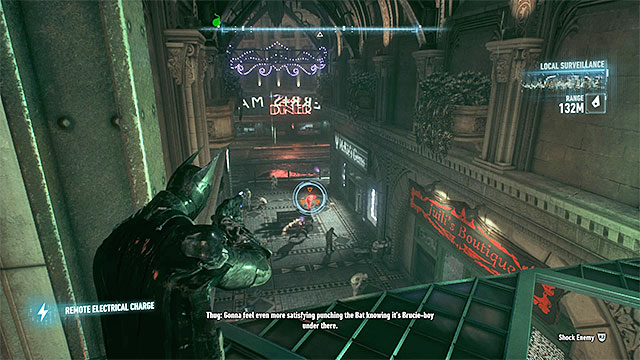 Use the EMP on the bomb rioter

The final phase is neutralizing the bomb that the marked in red rioter is carrying. In order to do it you must use the EMP. You can either shoot the charge from large distance or during the battle. In the latter case, make sure that you will takedown the enemy early and help yourself with the combination of buttons/keys responsible for quick using of the mentioned gadget.