On this page of our game guide to Batman: Arkham Knight we have prepared a description of The Two-Faced Bandit side quest. The series of bank robberies must be stopped. At the very end of the quest you have to arrest the Two-Face villain.

This mission is unlocked during completing the main plot of the game. After completing the main task, Taking Ivy to the Botanical Gardens, Alfred should contact Batman and inform him about an ongoing bank robbery that Harvey Dent's (Two-Face) people are responsible for. You will be able to stop them from taking all of the valuables.

Stopping the bank robbery on the Bleake Island 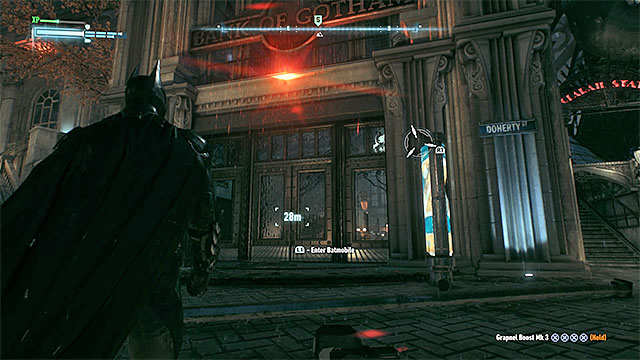 The bank that Two-Face's people are robbing is in Chinatown. After getting there get out of the Batmobile and get inside the building. The game will show you a short movie about the current state of affairs. You need to hurry and take down any eight bandits (there will be a bigger number of your enemies in the bank) before they steal 100 million of dollars. The condition of the treasury is shown on the top bar and you can't let it get to zero. 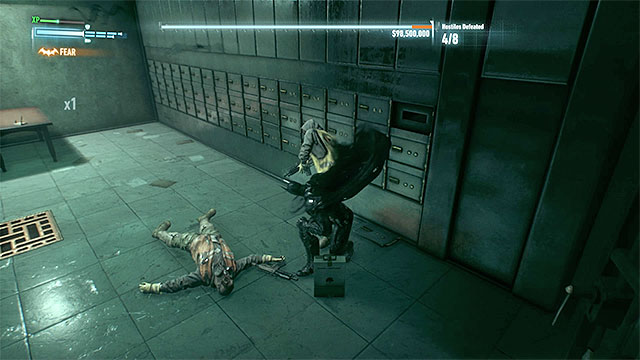 Aggressively stun one enemy after another, if you are noticed quickly run away and help yourself with the smoke grenades

As you are racing against time, you cannot allow yourself to act slowly. You need to play aggressively, but of course you cannot forget that the enemies have firearms and they can quickly deprive Batman from all of his health points. As far as choosing the next person to attack is concerned, remember that you don't need to attack those who are taking the money to the garbage truck. Just choose the easiest aims.

According to a given hint, the howling alert can deafen the majority of Batman's attacks. Often choose the elimination of the single enemies in grapple, especially when you have the opportunity to finish them off when they are temporarily stunned and on the floor. Rely on the Batman's gadgets more than ever, for example on the batarangs. Apart from that seek the occasion to use inverted takedowns at the observation points, to get through the glass roofs and to use the fear takedown. When using the last ability, firstly get close to the group of two or three enemies, and then use it. 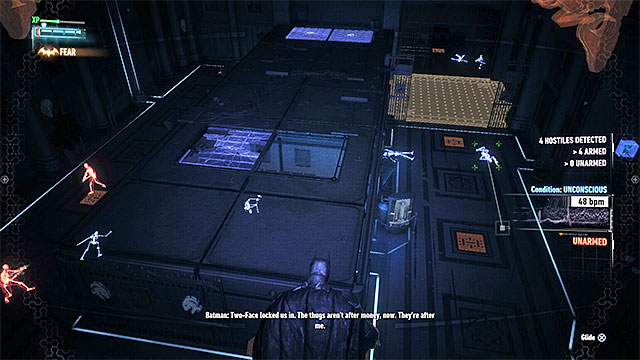 The neutralization of those eight bandits will not end the scene in the bank, as you will still have to fight some more bandits that are in the building, and there should be five of them. The bad news is that, in the meantime, the alarm has been switched off, therefore you need to plan your moves in some hiding places (use observation points and ventilation shafts). The good news is that you don't have to race against time anymore. You can slowly plan new ambush (using the detective mode is advised).

After securing the bank, stand next to the blocked exit and wait until Batman speaks with officer Cash. Then you can leave the bank.

Stop the bank robbery on the Founders' Island 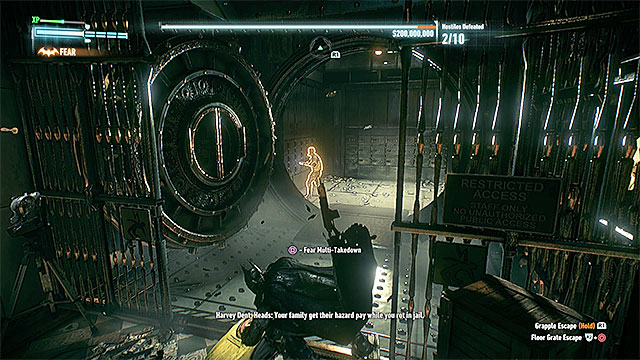 Knockout 10 randomly chosen bandits before they finish the robbery

Activate this task again and go to the attacked bank in the Drescher district. The pattern of the actions is identical as in the building before, thus you need to finish two scenes inside the building. In the first part, your task is to neutralize ten bandits before they steal 200 million dollars. Just like before you can't linger. Locate single enemies and perform quick takedowns or get closer to bigger groups and eliminate them, for example by using fear takedown.

After stopping the robbery eliminate remaining enemies. In total there should be eight of them, and as you don't need to race against time, plan your attacks very carefully. As you know already, you can, for example, use observation points or ventilation shafts. After stunning all the enemies, wait until Batman speaks with officer Cash, after that he will be able to leave the building.

Stop the bank robbery on the Miagani Island 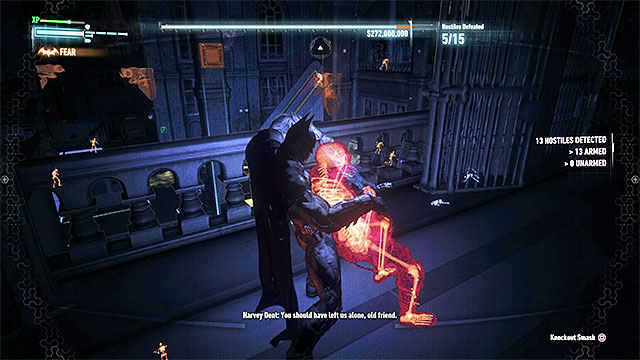 Quickly eliminate next enemies, as in a limited amount of time you need to eliminate 15 of them

The third and the last bank is in Kingston, you will get directed there after you have activated that task again. This is the biggest challenge so far. Firstly, you need to neutralize 15 bandits before they steal 300 million dollars. You need to hurry even more and risk with undertaking aggressive actions, especially because the robbery will be going very smoothly and bandits will be delivering the money to two different garbage trucks. Just like before, use Batman's gadgets or fear takedown. 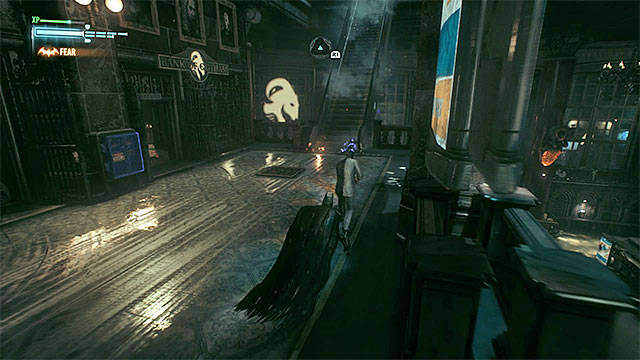 Two-Face, together with a new group of bandits, will show up after you've stopped the bank robbery. Ignore the main enemy at first and focus on his subordinates. Don't try to use the detective mode here, as your enemies have devices that can block it and that can detect the attempt to use it. Firstly get rid of the medics and then neutralize the enemies as you wish. Try to attack from the hiding place by using silent takedowns and use the observation points and ventilation shafts.

Take care of Two-Face when he is the last one in the bank. You don't need to try too hard, it is enough to sneak upon him from behind and use the usual attack by surprise. If you get seen, run away as fast as you can, because Harvey uses a very good gun. At the end of the mission you need to take Two-Face to GCPD Lockup.