On this page of our game guide to Batman: Arkham Knight we have prepared a description of Heir to the Cowl side quest. Undertake Azrael's trials in which difficult battles have to be fought. At the very end, visit the clock tower, solve a few puzzles and make a decision.

This mission unlocks rather early in the game. After completing the main task Investigate the crash site (checking the crash site of the vehicle in which captured Oracle was moving) Batman should ask Alfred for current progress in the topic of wanted criminals. You will learn, among other things, about a suspicious character standing near a burning bat sign on the roof of one of the buildings in Grand Avenue district on Miagani Island. 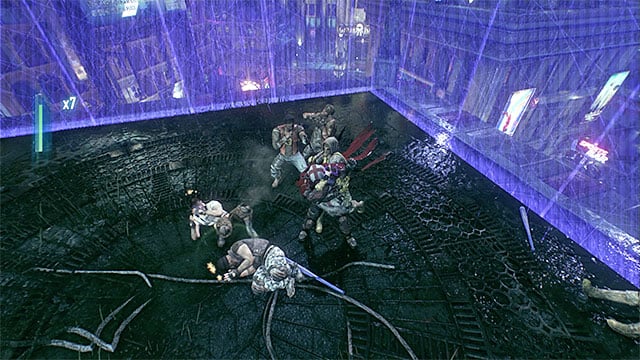 You can't allow Azrael to receive any damage

After reaching the marked location in Grand Avenue district, you will learn that Batman was summoned by Azrael who wants to become his successor. Batman will first want to check Azrael's combat skills - there are four trials to complete.

After finishing the conversation the first trial will start. You will control Azrael. He has almost the same abilities and gadgets as Batman. The main impediment during the battles with bandits is the fact that YOU CAN'T receive any damage. Because of that, avoid unnecessary risks and perform perfect counters. Once you win the battle, listen to the conversation with Batman about new trials. 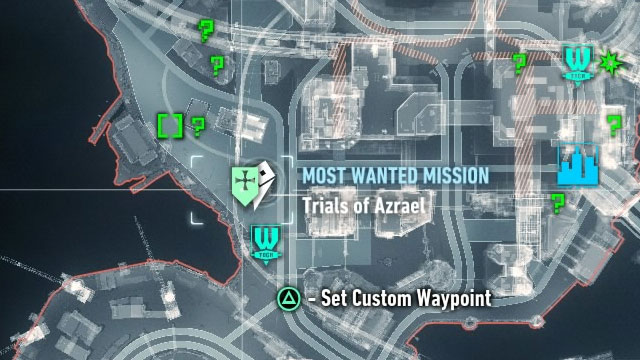 You must find the places where you participate in further trials on your own, by finding burning bat marks on rooftops. New bat mark can be found in the place shown on the picture above - in the central part of Founders' Island, not far north from Adams port.

During the next Azrael battle you will face not only common bandits, but elite opponents as well. Watch out especially for the large enemy whom you must first stun and then perform a beat down on him. Additionally, watch out whenever enemies will try to throw a large object at Azrael - when that happens, jump to the sides or throw the items back (counter button). 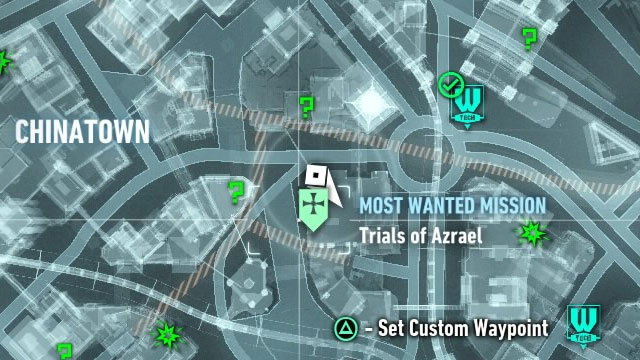 Another burning bat sign can be found on the roof in the Chinatown district on Bleake Island. Talk with Azrael and participate in another battle.

During the new battles try to eliminate enemy medic as fast as possible because he is able to electrify other bandits. If you won't manage to stop him fast enough, then neutralize enemies that are electrified with the use of the claw (don't try to attack them in regular ways, you will receive damage from electricity and fail the trial). 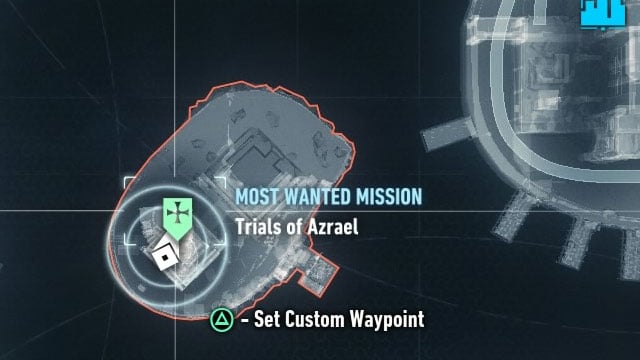 Last trial takes place on a platform on a huge statue of Lady of Gotham that can be found on a separate island southwest from Bleake Island. The place has been shown on the picture above.

In this mission the only enemy type that you will face are martial arts experts. They are very challenging. Most of all, try to remain in defensive and wait for enemy to start his attack. Once that happens, perform a counter and only after that hit him with your own punches. Additionally, you must hold the counter button/key always when one of the elite enemies will start a series of melee weapon attacks (above his head you will see yellow icons instead of blue ones). 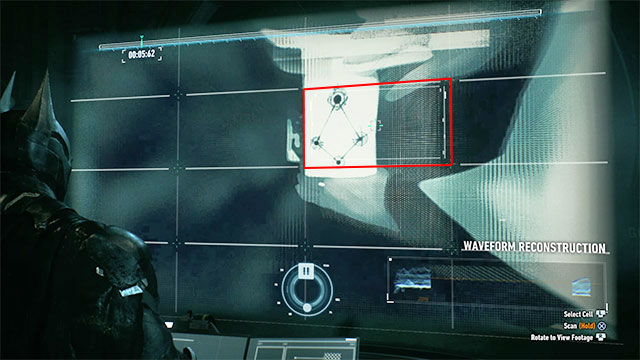 Listen to the conversations with Azrael and with Alfred, then, as Batman, go to the clock tower. There, interact with the batcomputer to start the analysis of Azrael's brain neurologic activity.

Your new task is to rewind the video material and to find specific markers that appear during some moments. First marked can be spotted around fifth second, you must select the rectangle shown on the picture above. 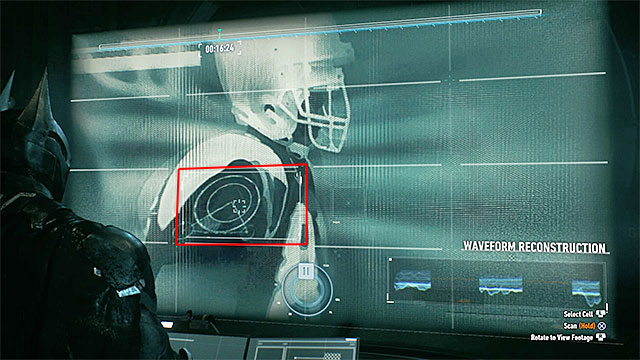 Another marker will appear around 16 second and it has been shown on the picture. 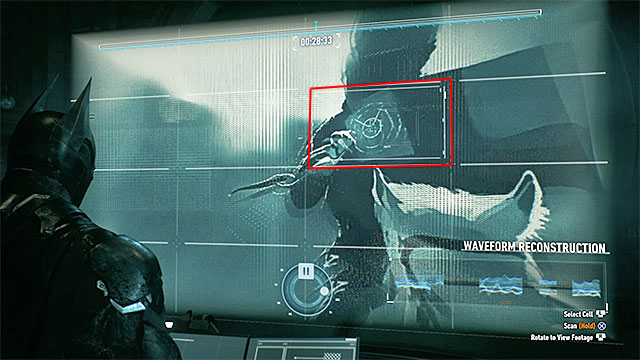 Third marker will appear around 28 second. The rectangle that you must pick has been shown on the picture above. 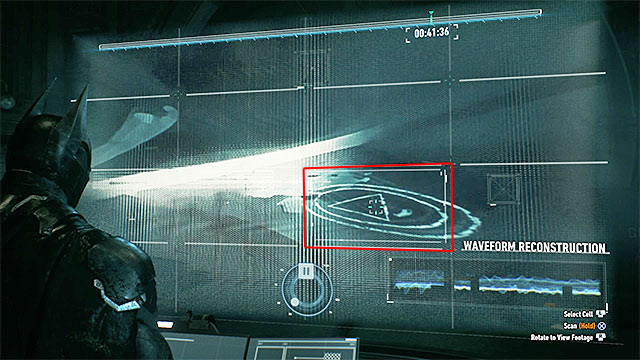 The last marker can be found after rewinding to around 41 second. Select the rectangle shown on the picture. 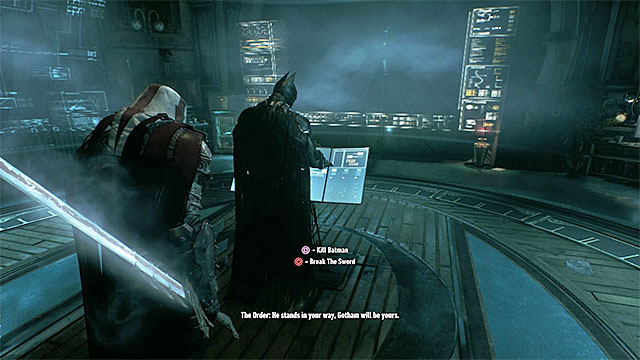 After listening to a new conversation you will again control Azrael. You must decide how you will act. Three main options are:

No matter how you acted, the mission will end.