On this page of our guide to Batman: Arkham Knight you will find a walkthrough to the eighth trial set by the Riddler. You have to walk through correct path on the floor (proper tiles) as Batman and as Catwoman. 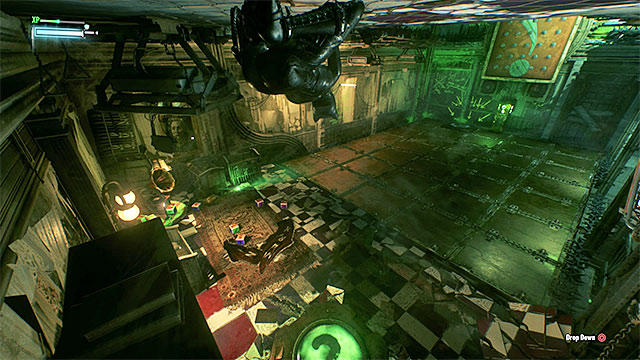 Crawl under the ceiling to the second pressure plate

This trial is another one that takes place in Pinkney Orphanage. Get there, get out of the batmobile and head into the central hall. After you meet up with Catwoman, go through the newly-unlocked green door. 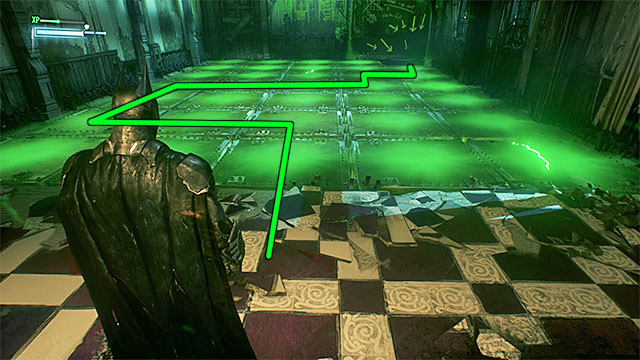 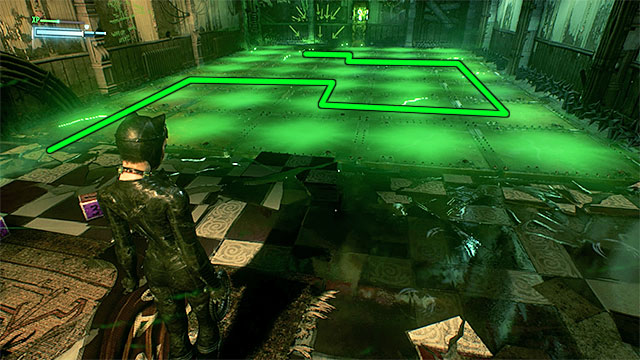 To solve the main puzzle, you need to keep switching between Batman and Catwoman on a regular basis. Take a look at the panels in the distance - initially, there is only one flashing bulb on each, but this will change, with time. What makes things difficult is that the panel in front of Batman marks the safe route for Catwoman and vice versa. You need to work your way through, gradually, over the correct fields. With time, things will get more difficult, and the panels will start to turn slowly. Fortunately, you can take your time. What is even more, in case of any mistake, the character does not die and takes slight damage instead.

The correct routes for Batman and Catwoman to follow have been shown in the above screenshots. Each character needs to stop on the new pressure plate. 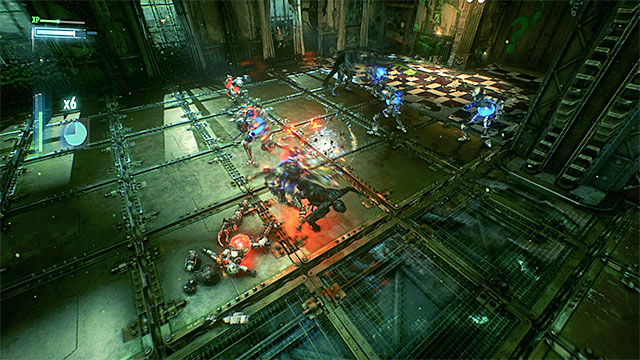 Remember to attack only the opponents paired with the specific character

After you solve the puzzle, you will still have to fight with Riddler's henchmen. In the course of the fights, remember to attack only those of the opponents that are associated with the character (the blue ones should be attacked by the Batman and the red ones by Catwoman). The facilitation here is that you can use team attacks, thanks to which the fight will be shorter. After the fight, collect the key, use it on Catwoman's collar and leave the orphanage as Batman.