On this page of our guide to Batman: Arkham Knight you will find a walkthrough to the fifth trial set by the Riddler. You have to catapult Batman and glide to large projectiles on the walls. Once again, Catwoman has to find the correct capsule with a key. 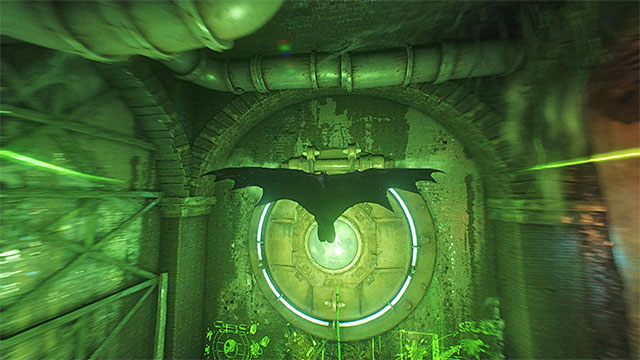 Eject Batman, towards the first button

The next Riddler trial takes place in Gotham Casino. Find the garage gate, drive inside and take the elevator into the underground. During this trial, you will have to use the option to eject Batman from the batmobile, which you activate by double tapping the jump key/button. Follow through and eject Batman after you reach the blockades near water. Do not release the jump button and have Batman reach the first button, opposite the starting point. 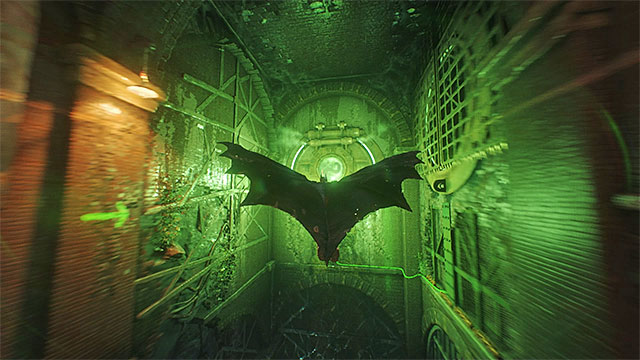 Turn right- in mid-air and glide towards the second button.

You now need to return to the batmobile, gain speed again and eject Batman. This time around, you need to turn right, while gliding (maintain the appropriate altitude). This will let you glide towards the second green button. 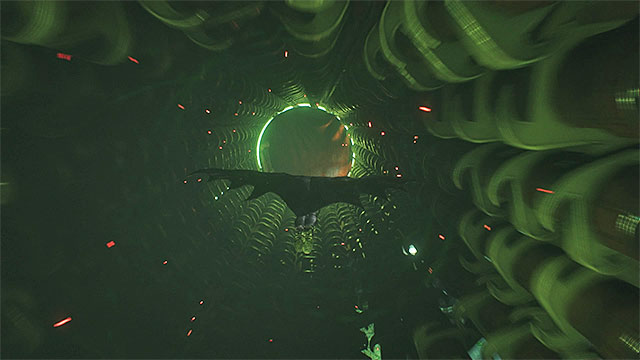 Glide through the tunnel and do not touch the edges

Return to the batmobile for the last time and eject Batman. Start by gliding in the direction of the previous button. Here, you need to glide into the right tunnel and make it through the center of it, while staying away from its sharp edges. After you do that, take another turn, while gliding, and reach safely the last green button. 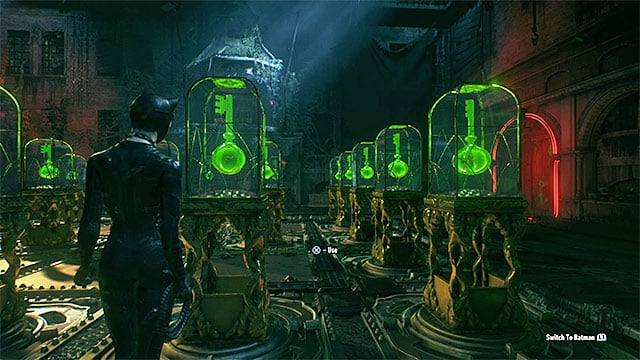 Just like you did previously, you need to walk onto the pressure plate, as Batman, and see the panel with the flashing bulbs. Switch to Catwoman and reach the capsule shown in the above screenshot, where the right key is. After you remove another part of the collar, switch back to Batman and return to the surface.