On this page of our game guide to Batman: Arkham Knight we provide a detailed description of the third encounter with Arkham Knight. This time the boss uses a huge drilling machine. We explain, step by step, how to destroy the machine and stop the ruthless actions of Arkham Knight.

The third encounter with Arkham Knight takes place while exploring the abandoned shopping mall in order to find Commissioner Gordon during the main storyline. Soon after entering the drilled tunnels under the mall a giant drilling machine controlled by Arkham Knight will appear. 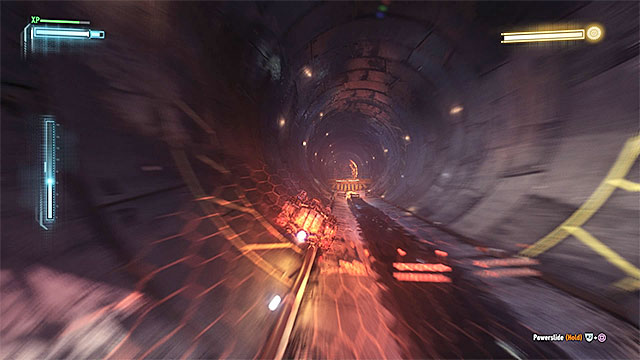 Help yourself with boost and avoid all the unbreakable obstacles

Don't try to fight the drilling machine, you can't stop it in any conventional way. What's more, if you touch it, the Batmobile will explode. Start with immediately turning around (handbrake will be helpful) and riding in the opposite direction. You will start the first of many escape sequences. During it use the boost regularly and avoid hitting the unbreakable elements of the surrounding - you can't allow yourself to waste any time. 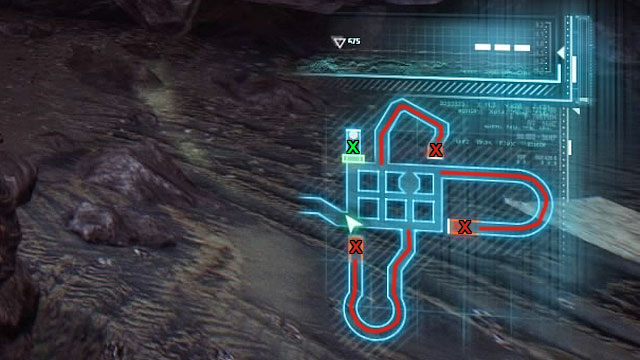 In order to stop the drilling machine, you must outsmart your enemy. Notice the corridor with the red lines shown on the picture above. The lines lead to places where you can find explosive charges (red X marks). They will help you weaken the Arkham Knight's vehicle. 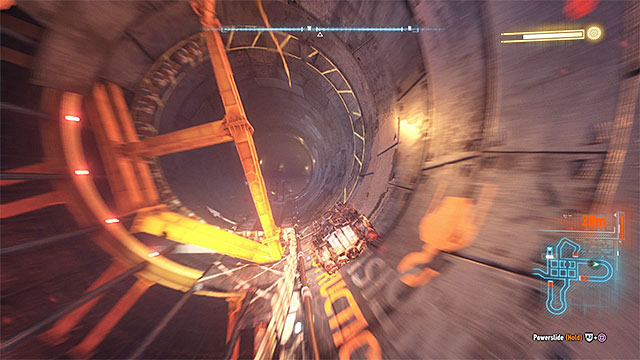 Each time you must force the drilling machine to chase the Batmobile. If it won't happen automatically, you can wait for the machine to appear behind you or even shoot at it from a distance.

Once the escape starts, you can't allow yourself to make any mistakes and you can't stop even for a moment - despite its large size, the drilling machine is fast and quite agile. Use the brake to help yourself in turning. Aim the batmobile at one of the "red" corridors from the picture and, after entering it, watch yourself to avoid falling on obstacles (such as barriers and fans). In order to avoid any hits, help yourself with boost and small turns to the sides. 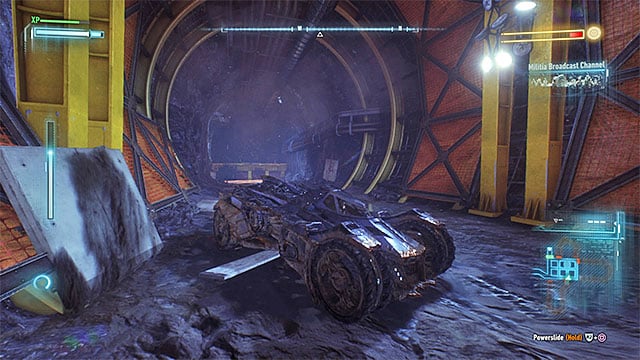 Each time during the escape through the red tunnel, you must reach its end (the red X marks on one of the previous images). The Batmobile will easily avoid the explosives placed in the tunnel, but the drilling machine will hit them and, due to the explosion, its health bar will deplete (upper right corner of the screen).

The actions described above must be repeated with all three tunnels leading to the places with explosives. It will allow you to fully deplete the enemy's health bar. Once that happens, it will be destroyed. 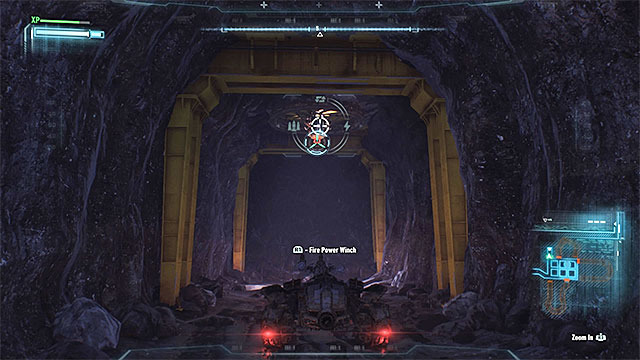 Now go to the previously unavailable gate in the northwestern part of the tunnels (green X sign on one of the previous images). There you must use the winch to create a hole in the ceiling. Soon the Arkham Knight will appear there. Once you regain control of your character, press the jump button/key twice in order to catapult from the Batmobile and to avoid being crushed by the drilling machine. The duel will end after that.