On this page of our game guide to Batman: Arkham Knight we explain how to stop Scarecrow's men from destroying Oracle's servers. Many battles with elite enemies await you. 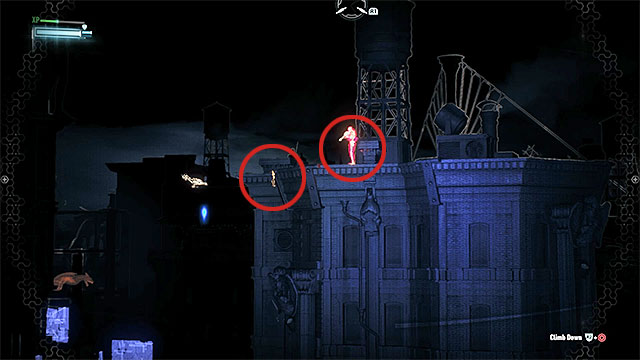 Use detective mode to find the snipers from safe distance

Return to the Batmobile and start driving towards the Clock Tower. Leave the vehicle once you are around 150-200 meters from your destination - the tower is observed by two snipers positioned on the roofs of nearby buildings. Use detective mode to find both snipers, and then try to sneak up on both of them and perform silent takedowns. If you get caught in the meantime, help yourself with the smoke bombs and quickly get off the roof and hide in the alleys between the buildings or in areas with roofs where the snipers won't be able to get you. 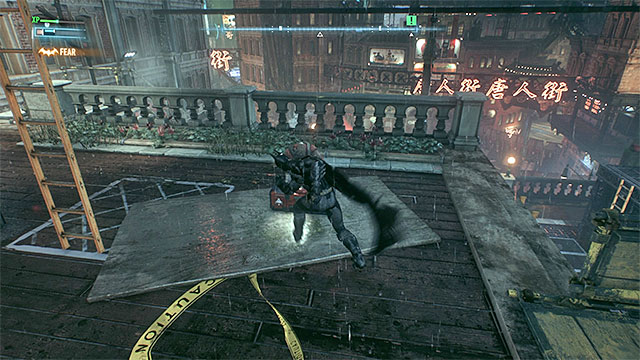 There are nine bandits to neutralize in addition to the snipers. They are patrolling the multi-level territory around the clock tower. You don't need to hurry with eliminating them, so use the detective mode to find them and easily surprise them. While securing the area, watch out for the enemy with a minigun whom you should leave to take care off as last. Additionally, it is wise to neutralize the medic and drone operator early (the flying machine can be first sabotaged by removing the security codes). If possible, avoid being detected, even if you manage to escape the enemies will start placing defense turrets around them once they know you're there. You can interrupt them, avoid the turrets or try to destroy them. After securing the area, reach the computer terminal marked by the game and interact with it.

Listen to the conversation with the Oracle. She will inform you about a new available side quest (of course, it's not mandatory). Now go back to the Gotham City Police Department and talk with the Oracle face to face. In the meantime, the department will be attacked by Scarecrow's military forces.