On this page of our game guide to Batman: Arkham Knight we explain how to capture the Scarecrow. After previous battles, the Batman has to accompany commissioner Gordon in the search for Scarecrow. 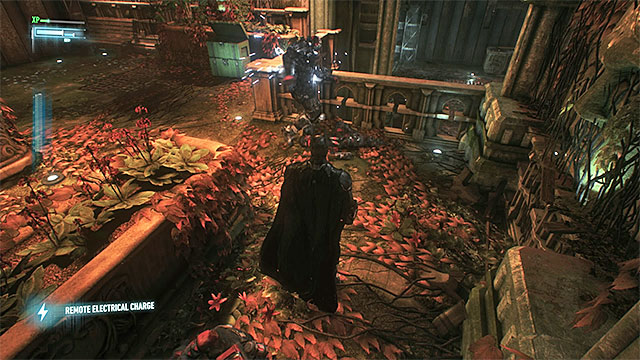 Attack the elite enemy after you use electric charge on him

After watching a new cutscene, walk again towards the imprisoned commissioner Gordon and free him. New enemies will appear in the room, but this time their employer won't be helping them. Despite that, be careful, because among the enemies there's an elite opponent in heavy armor. Additionally, he is electrified, so first you must use electric charge on him and only after that you can run towards him to stun him with the cape and use the takedown. You can also help yourself with the explosive gel to gradually weaken him.

Follow commissioner Gordon to the elevator and, after walking inside, wait until it transports both characters to the roof of the abandoned shopping mall. There you will meet with Scarecrow, but you won't have any control of what will happen.