On this page of our game guide to Batman: Arkham Knight we explain how to locate and release Ivy's plant of the Founders' Island. It's a longer sequence where you have to drive the Batmobile and solve a puzzle from time to time. 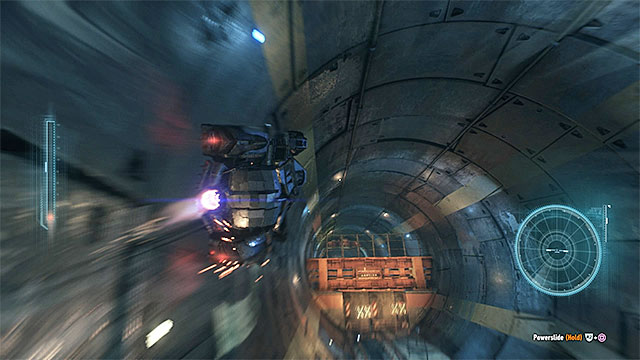 Start driving through the city's tunnels. Soon you will face the first large obstacle. In order to bypass it, you must move on the ceiling - the maneuver has been shown on the picture above. To do it, start driving while being far away from the obstacle and gradually turn left or right. You can additionally help yourself by activating the afterburner in the final phase of the operation. 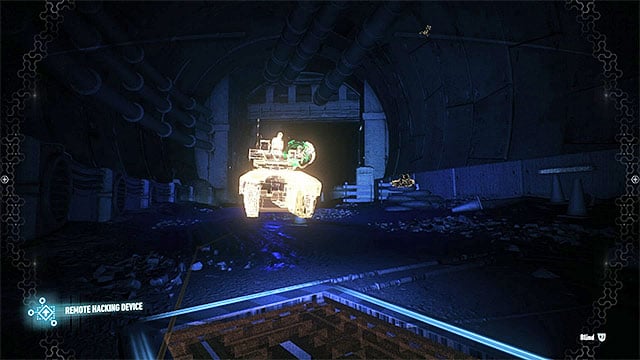 Use the remote hacking device to blind the tanks

Soon you will reach a barricade that cannot be bypassed in the car. You must leave the Batmobile and find the entrance to the ventilation shafts. Walk through them and stop near the first tank. Select remote hacking device from the inventory, aim it at enemy machine and use the gadget to temporary "blind" the tank. Now you can leave the shaft and bypass the enemy machine.

Not far further you will face two new tanks. Wait until one of them starts moving away and quickly get to the one parked on the right side. Position yourself at the wall, lean out from it and once again use the remote hacking device (important - only one tank can be hacked at a time). Quickly go forward. Stop at one of other walls and again blind the tank that patrols the neighborhood with the remote hacking device. 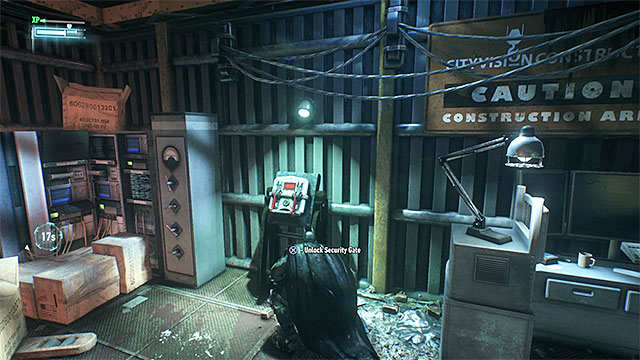 Find the switch that unlocks the road for the Batmobile

After blinding the third tank, bypass it or attract yourself to the ceiling with the grappling hook. You must reach the room near which two other tanks are parked (luckily, they are turned to the other side). In this room you must find the switch that will open the gate near the Batmobile. 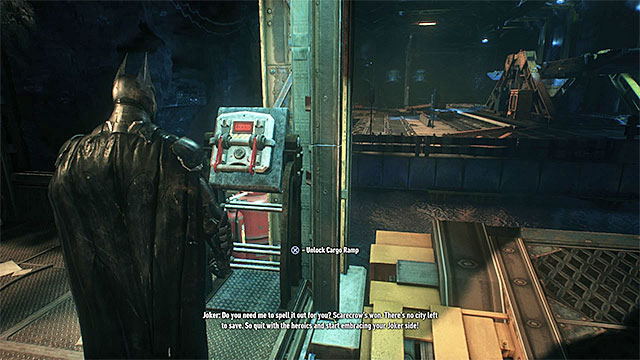 Another switch will allow you to manipulate the float

Jump to the Batmobile in another part of the tunnel and reach the control room on the first floor. There use the switch in order to raise the float, and then go back to the Batmobile and use the platform. In the next tunnel you must once again drive on the ceiling (as you remember, using the afterburner can be helpful). Do the same in the part of the tunnel where the ground is damaged and a small water tank can be found. Moving on the ceiling will allow you to bypass the obstacle.

Stop in the next larger location. Leave the Batmobile and go on your foot to the room on the right. Inside, find the switch that will unlock the possibility to manipulate the nearby float. 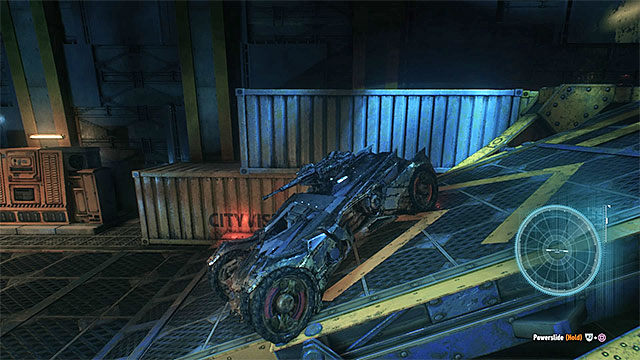 Drive on the mentioned float in the Batmobile. Move to the other side so that the platform will change its position under the weight - the picture above shows how it is supposed to be positioned. DON'T RIDE OFF the float. Leave the Batmobile on it, jump out of the car and go back to the control room. Use the switch again, you will block the ramp.

Now you can jump back to the Batmobile, drive away from the ramp and go back on it after accelerating and using the afterburner. Due to the fact that you have blocked the float, it won't change its position under the Batmobile's weight and will allow you to jump above the water tank. 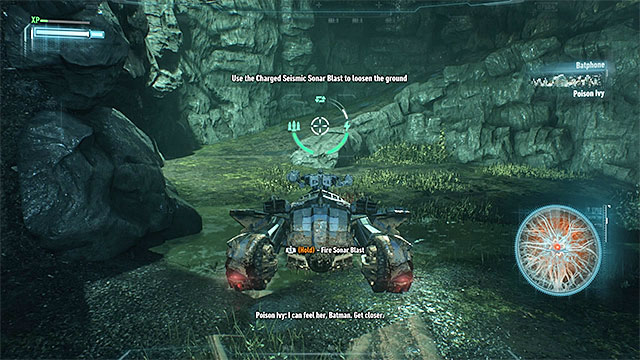 Activate Batmobile's battle mode in the last part of the tunnel and start using the sonar to scan your surroundings. Just as before, observe the mini-map that will lead you to the plant you seek. Stop in the place shown on the picture above and hold the sonar key/button in order to shoot a bullet underground. The Batmobile will get caught by Poison Ivy's plant and you will return to the surface.