On this page of our game guide to Batman: Arkham Knight we explain how to interrogate Simon Stagg to find a way to defeat the Cloudburst Tank. We provide details on how to get to the airship and the Stagg. 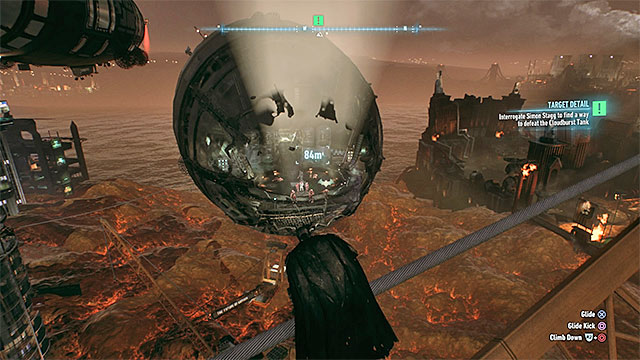 Glide to the front of the wrecked airship

Now you have to get back to one of the airships in the north-west part of the map. You cannot use the Batmobile nor lower your altitude too much, because of the contamination of that area, so use interchangeably glide and the Grappling Hook to speed up Batman. Moreover you have to avoid the enemy Flying Machines patrolling the area (when you get too close blind them with the Remote Hacking Device).

When you get near the airship glide toward its wrecked front, where a relatively small group of bandits is. First, deal with the medic and be careful of the new shielded enemy, who, as you already know, should be "stomped on". 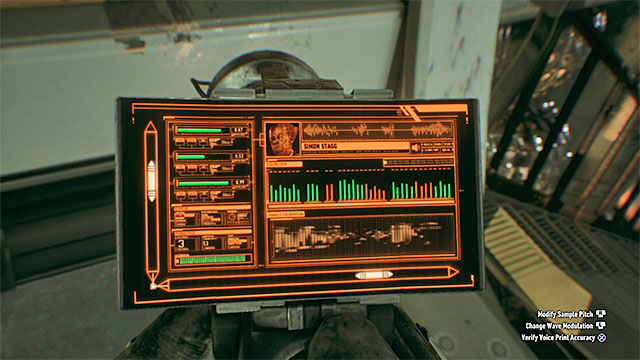 After the fight head toward the only available exit door. At first you cannot open it, so you have to prepare another voice sample (Simon Stagg's this time). Use both analog sticks (or directional keys) to set the slides in correct positions, as shown in the picture, and verify. If the test is successful use the Voice Synthesizer on the reader. You can now take the corridor leading to the bioengineering lab, where, in the meantime, new enemies appeared. 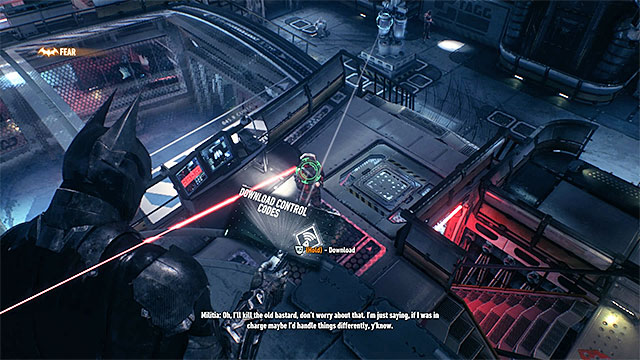 You may hack the drones or simply stun their operators

There are 8 opponents in total in the lab and eliminating them is more difficult than you may think. The only good news is that there is no one with the ability to detect the Detective Mode, so you can use it all you want. First, locate the two medics in this location and try to stun them, while watching out for drones scanning the area (you can lure the medics to secluded spaces using the Voice Synthesizer). Only when they are neutralized focus on the two drone operators. Depending on your preferences you can either simply knock them out or approach and use the Remote Hacking Device to take control over the drones. All the time listen to the comments on the radio, as the bandits may try to secure themselves with mines or thermobaric grenades. 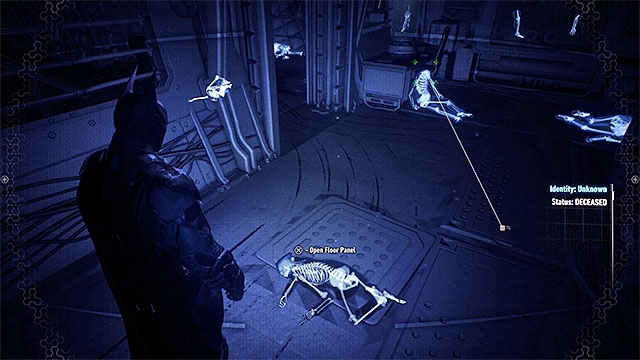 After neutralizing all enemies approach the capsule where Stagg was being held captive and turn on the Detective Mode. Start collecting his fingerprints left in the room. Follow the trails to the interactive floor panel, as shown in the picture, where Simon Stagg hides (he is near the chimpanzee cage). Open the panel and interrogate the man. By the way, you will acquire the Nimbus Power Cell.