On this page of our game guide to Batman: Arkham Knight you can find a description which explains how to apprehend Christina Bell. She resides in the sound stage B of the movie studios.

Note! After you use the computer, you will be given three-part objective to apprehend Joker Infected. You have to reach these characters in a set order, so first go to the sound stage B. 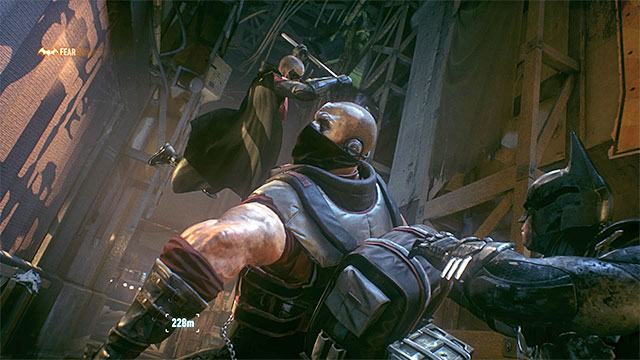 First, head to the center location of the studio. Now take the green corridor (north-west) leading to the stage B. Open the door together with Robin and deal with 7 new opponents. In the next corridor there is an opponent with a minigun and you have to use a trick to get rid of him. Stand behind a curtain by the corridor where the enemy is and get to the vantage point with the Grappling Hook. Jump down, sneak behind the opponent and press the Team Takedown key/button. The nearby door will lead you to the main part of the stage B, where you will find out that before getting Christina Bell, first you have to deal with her (numerous) bodyguards. 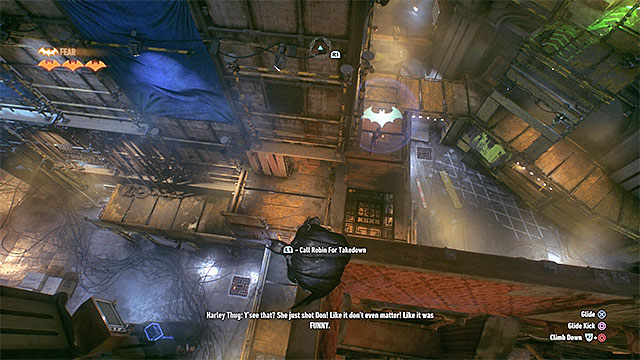 Initially, there are 10 enemies in the area. What is new here, is the fact that you can use your ally for silent takedowns (while playing as Batman, you can send Robin, and the other way round). However, you can use that only three times. Besides, you have to carefully pick your targets, because after knocking out the enemy you automatically switch to the character who did the action and you have to personally get him back to a safe vantage point.

Apart from using the tactics described above, while securing this location also use previously learned methods - you can sneak up to enemies from behind, get past them through vent shafts, perform Inverted Takedowns from vantage points or use gadgets (e.g. the Disruptor to sabotage enemy weapons or the Voice Synthesizer to lure them to a secluded area). The last man standing should be the guard with the minigun. You do not have to attack him directly (although it is possible), instead sneak up to him from behind and launch the Team Takedown. 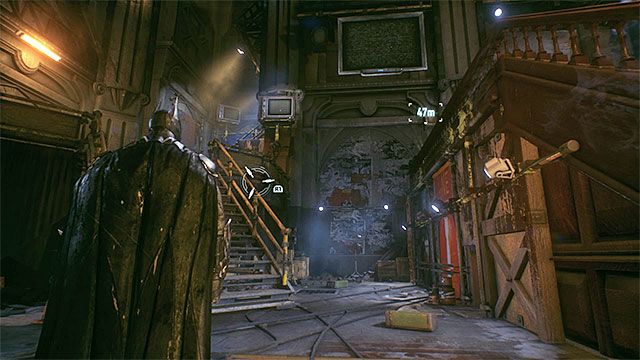 The stairs leading to the room with Christina

Ultimately, you want to see only the bandits from the room with Christina left standing. At this point they will step into the main hall, and you will have to eliminate them. The hardest part is that there are two opponents with miniguns. Do what you can to separate them (you can use the Voice Synthesizer) and only then perform a Team Takedown on one of them. Once you secure the area, try to get into the room with Christina and press the counter key/button to knock her out.

Wait until Robin brings you unconscious Christina and head back to the main hall of the studio together. The heroes get separated here for a while, and you get to chase after another villain all by yourself (initially, at least).