On this page of our game guide to Batman: Arkham Knight you can find a description which explains how to disable the missile launcher's protective shields. Also, Batman has to deal with Cobra tanks. The Arkham Knight will appear at the end of this stage. 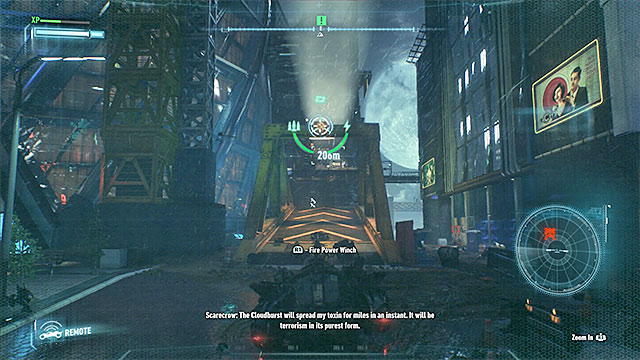 Head to the ramp only after taking down Cobra tanks

Head to the control room in the middle level of the building. There is a computer here, which you have to interact with. After doing that you will automatically take control of the Batmobile. Do not rush to your next destination, as the area is being patrolled by five elite Cobra tanks, which you should deal with first. Just to remind, avoid getting in the tanks' fire range (when in danger switch back to Pursuit Mode and use the Afterburner) and look for a chance to launch missiles at their rear.

Only after destroying the tanks (by the way, you will unlock a new side mission) start following the marked trail. Stop by the ramp. Here you have to use the Winch to raise the ramp a little bit. 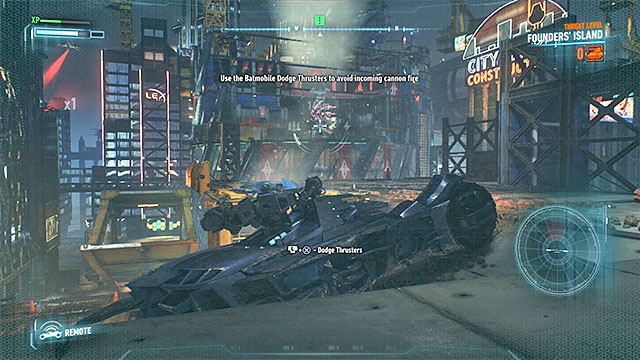 The game will not let you make the jump with the Batmobile just yet, as the Arkham Knight appears with his men. Move undetected so you could start the fight with a Fear Takedown (it is best if it gets one of the medics). Soon after the fight starts Batman will engage directly with Arkham Knight, but the latter escapes and you are left to take down his men. It is not difficult, but be careful not to get cornered, as the fighting area is small, and do not let the medics electrify their allies' armors. After the fight go back to the computer.