On this page of our game guide to Batman: Arkham Knight you can find a description which explains how to take Ivy to the Botanical Gardens. Along the way, you will encounter many enemy tanks and even 3 new Cobra tanks. 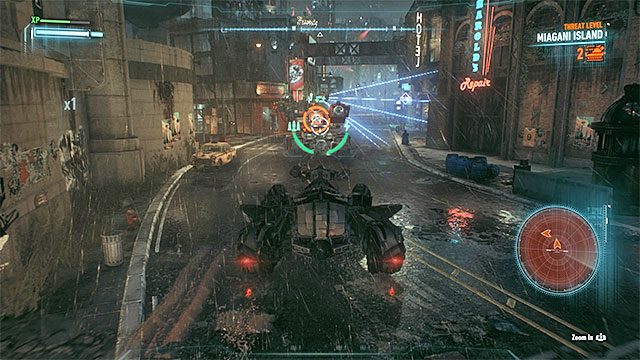 Carefully aim at the Cobra tanks one by one, so not to get spotted

Soon Batman will be contacted by Lucius Fox about installing the Batmobile's upgrade that you chose before. To do this head to the Clock Tower and enter the marked garage to start the installation. Only when it is done, drive to the Botanical Gardens. Soon after entering the Miagani Island you will be warned about three incoming Cobra tanks. The tactics against them is the same as previously, i.e. take a position behind one and activate the 60mm cannon once you lock on it. Do not hurry too much and watch the mini-map closely, so to avoid getting attacked while locking on one of the tanks. 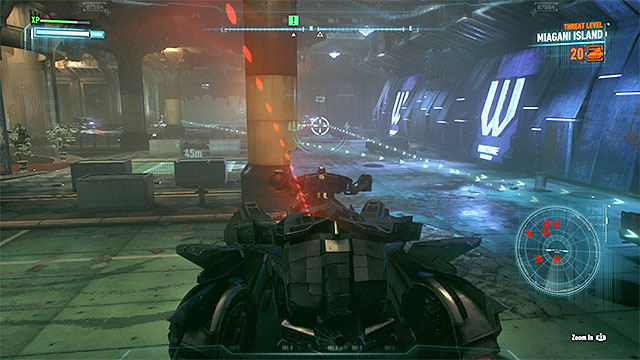 After destroying the enemy machines reach the Botanical Gardens. Drop Ivy off in the designated spot and listen to a conversation with her. Soon after that Batman will be contacted by Alfred (he will inform you of a new optional mission) and Lucius Fox. Lucius will tell you about a new Batmobile upgrade that can be installed (this one is fixed in advance). Head to the underground parking garage in Wayne Tower.

Once you reach your destination you will find out that enemy forces have set an ambush for Batman. A battle against 20 tanks awaits you. You have to destroy all incoming missiles and be careful not to get cornered, otherwise you will be unable to use dodge engines. Keep in mind that more tanks will come from the ramp that you used to get down to the garage. When you win the battle, park the Batmobile in the designated space and wait until the sonar is installed.