On this page of our game guide to Batman: Arkham Knight you can find a walkthrough which explains how to find Scarecrow onboard the second airship. Also, you have to defeat many standard enemies on your way. 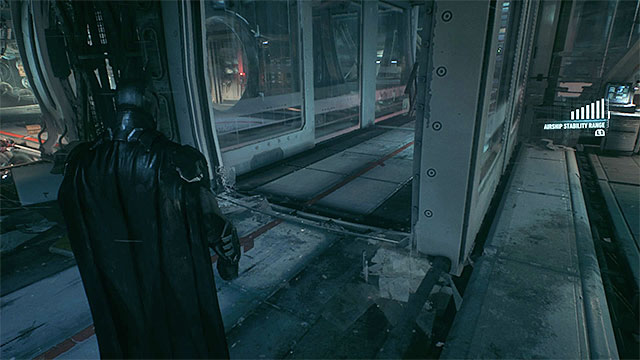 Right after you manage to get through the glass, another fight starts. This one is not especially difficult, although you should know that apart from ordinary guards there are 3 Combat Experts to eliminate. After the fight look for a weak wall and blow it up using Explosive Gel. Now reach another device and hack into it using the Remote Hacking Device, so to be able to manipulate the balance of the airship.

Start swaying the airship, so that a box near you starts moving. You want the box break through one of the walls, thus unlocking a passage for you. Now you have to follow a rather linear series of corridors. Look into all cells you pass by on your way in order to hear the recordings about the inmates kept inside. Now talk to Alfred and use the door leading to the bioengineering laboratory. 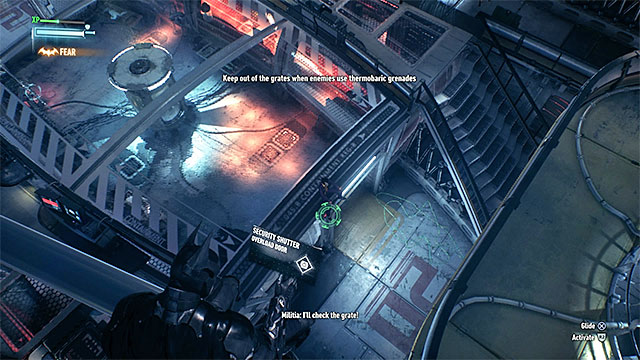 Watch the cut-scene showing imprisoned Stagg, climb to the top ledges and look around the location. There are 10 enemies here, including an elite soldier with a minigun, who should be left for the last.

While securing this location try to stay hidden, although you should know all enemies will do their best to make it hard for Batman. Once in a while they may throw thermobaric grenades into vent shafts. As soon as you hear they are going to use a grenade, leave the vent shaft as quickly as you can (jump out of it or use a vertical shaft to get back to a top ledge). Besides, the opponents may set mines on ledges that could be used against them. If a ledge is mined, you should stay away from it. 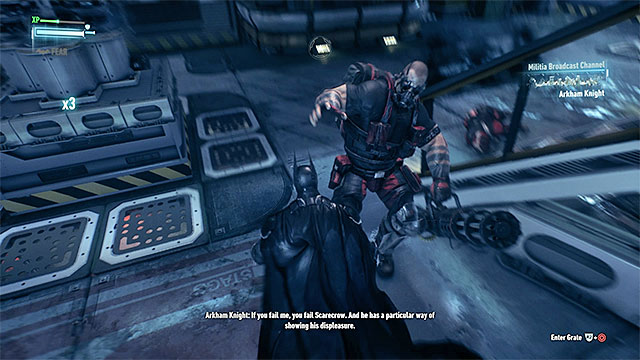 As I noted, deal with the opponent with a minigun only when all his friends are lying unconscious. Sadly, you cannot perform a standard takedown on him. Sneak up to him from behind and launch a series of standard attacks and be ready to counter his strikes a few times whenever the enemy tries to hit you back. For extra protection from his attacks you may want to use the Disruptor to block his minigun (you cannot sabotage this weapon).

After the combat approach the chamber where Simon Stagg is being held captive and start a conversation with him to watch an important cut-scene. When it is over, go to the adjacent room, where the Scarecrow is. Try to knock out any of his clones.