On this page of our game guide to Batman: Arkham Knight you will learn how to stop the enemy APC and interrogate the driver. In the second part of the task your batmobile will get a new upgrade. 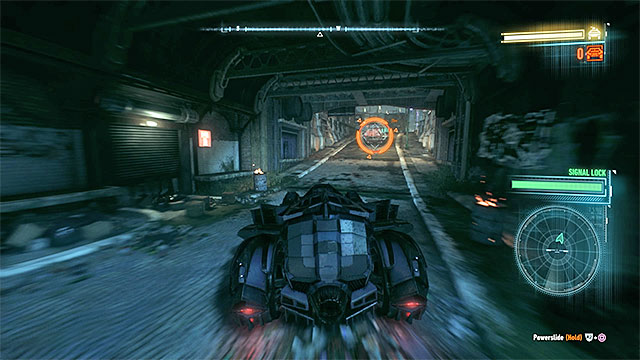 Attack the APC only when you get rid of the other vehicles.

Return to the Batmobile and follow the enemy APC. When completing this mission, be in Pursuit Mode all the time. Soon, other enemy vehicles will appear. Dodge their attacks using your side engines and try to aim the Drone Hacker at them. Attack the APC after you get rid of the other vehicles. The APC cannot attack, but you have to hit it several times with the missiles (you can see the energy bar in the top-right corner of the screen).

After immobilizing the APC, park next to it and interrogate the driver (unfortunately, it is not Arkham Knight). You will need to intimidate him several times, so press the key/button responsible for acceleration lightly. You will obtain info about the location of Barbara Gordon. 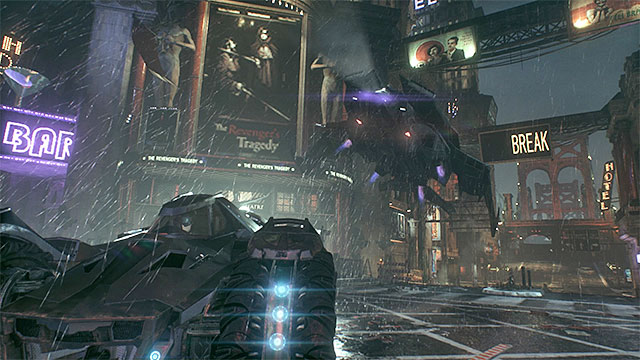 Park in the place marked by the game so that Batwing could install the upgrade.

Listen to a conversation with Alfred and Lucius Fox. Lucius will tell you that the Batmobile upgrade that you selected earlier is now ready to be installed. Reach the place marked by the game and wait until Batwing installs it.

You will have the opportunity to test the new feature right away, because enemy tanks will appear nearby. Of course, you don't need to use it all the time, but try to get to know the new function. After the battle, listen to a conversation with Alfred (a new side quest will be unlocked).