On this page of our game guide to Batman: Arkham Knight we explain how to get rid of enemies in the tunnels. From our walkthrough you will get information about defeating elite enemies and learn how to reach the Batmobile. 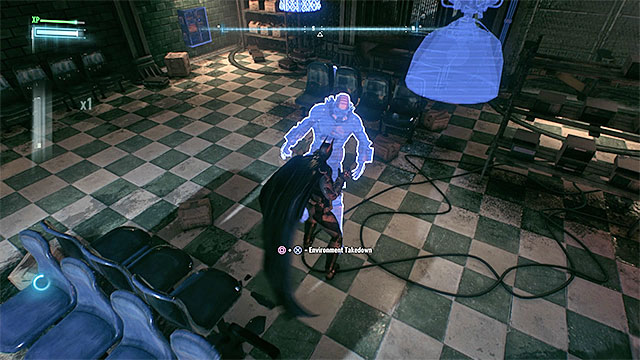 You need to stun the brute with the cape before you start hitting him.

Soon, another fight will start. At the beginning, you will be facing a new type of thug - the brute. To eliminate this type of enemy, you first have to stun him with the cape. Then, use the Beatdown attack (keep pressing the attack key/button rhytmically). This time, no one will interrupt you as you perform the Beatdown, but in the next fights, you will have to mind other enemies also. This means that you will sometimes have to dodge or perform counterattacks.

More enemies will soon start getting into the room. Watch out especially for the ones with swords (it is more difficult to hit them and to dodge their attacks). There is also another brute. Look for the medic (dressed in white) and try to eliminate him as soon as you see him. During this battle, don't try to get close to the exit, because Batman would be killed by the tanks right away. 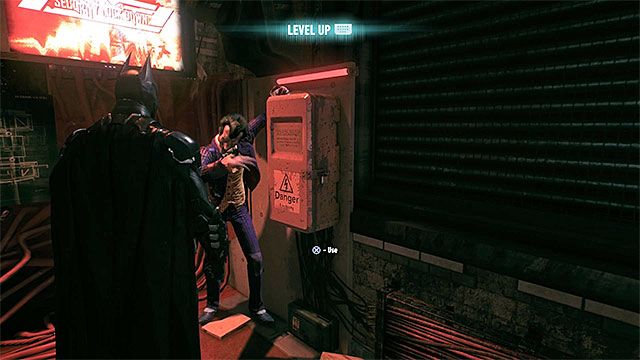 Use the fuse box to take control over the Batmobile.

The battle will end when one of the tanks will try to ram the wall that separates the room from the tunnel. Move to the left of the machine to get out of its range of attack. Interact with the fuse box to open the shutters.

Use Batmobile Remote Control and shoot the wooden barricade to get to the main tunnel. Attack the tanks located there (among them, the one which rammed the wall earlier). You shouldn't have much trouble eliminating them. After the battle, drive the Batmobile to the end of the tunnel and interact with another fuse box.