On this page of our game guide to Batman: Arkham Knight you will learn how to take out the militia forces guarding the Clock Tower. You can defeat your enemies by using your batmobile or in direct combat as Batman. 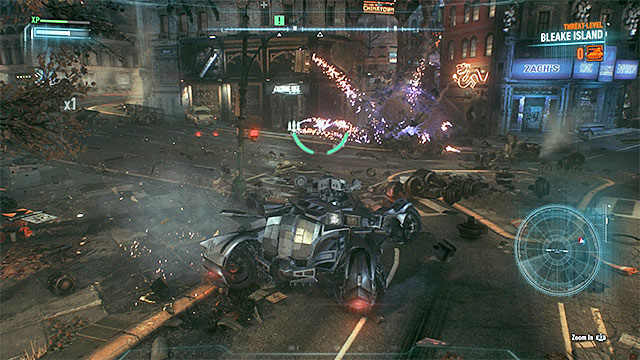 Destroy all the tanks near the Clock Tower.

After listening to a conversation with Alfred, head to the Clock Tower. Soon, you will start encountering enemy tanks. There should be about a dozen of them in total and you need to be careful not to get circled by the vehicles (it will be difficult for you to dodge the missiles). After dealing with the enemies, listen to a conversation with Gordon and get to the Batmobile. 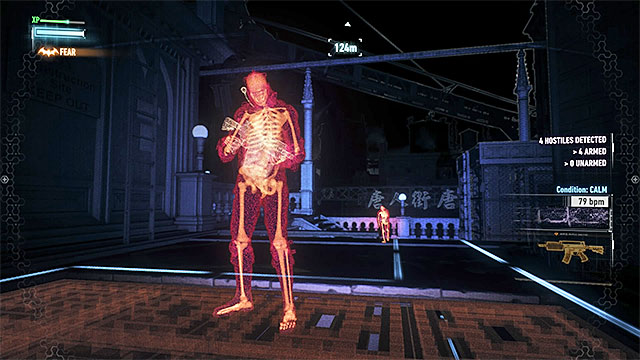 You don't have to eliminate the thugs silently, but it's a good idea to do so.

Don't rush to the top of the tower, because you still need to deal with some thugs in the area. Use detective mode to locate them quickly. There are six armed enemies and one of them is a medic. It is good to eliminate them silently, one by one, without alarming the others. You can do it by for example sneaking up from behind or jumping down from the ventilation shaft. Be aware that Arkham Knight will warn his subordinates about your actions after you kill several of them. It will make the others be more careful for some time.