The developers of the Atlas game have implemented a simple yet quite advanced character development straight from the RPG games. The character controlled by the player has its own experience level, increasing which allows one to unlock new abilities and enhance the stats of the character. In this chapter you will learn how to advance to higher levels and which abilities should be unlocked first.

How to acquire experience points? 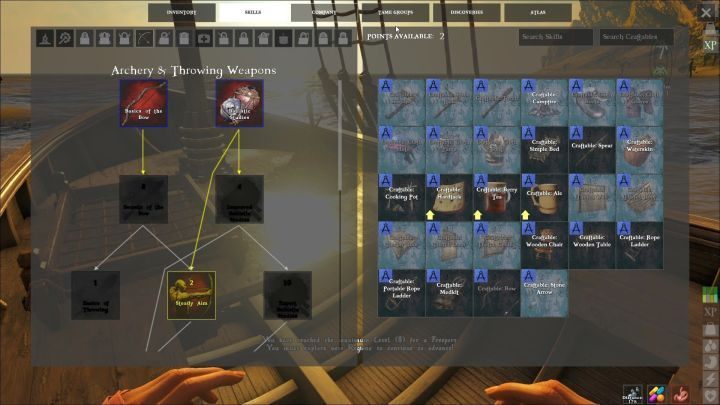 The screen showing the abilities of a character.

Experience points in the Atlas game are acquired by completing almost every activity - acquiring resources, cutting down trees / smashing rocks, killing animals, creating items as well as fighting with other players. A large amount of experience points is also received upon discovering a new land.

Experience points acquisition is represented by the "XP" icon located in the bottom right corner of the screen, as well as through the experience bar found in the inventory (opened by pressing the "I" button). Once the experience bar is completely filled, the character will advance to a higher level and you will be able to put appoint into attributes, as well as 3 points into abilities.

Parameters and their development 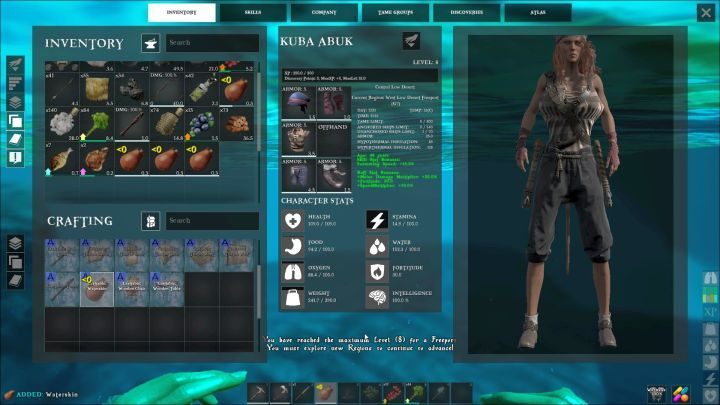 Character stats can be checked in the inventory screen.

Ability points will be described in the next paragraph, now we will look on the stats of the character:

With each experience level you will be able to develop one parameter with those points, increasing them in the process. The proper attribute development depends on your preferred gameplay style - focused around PvP or PvE. It is worth, however, to invest several points into Stamina, Weight and Intelligence, putting the rest of the points into Health.

Which abilities should I unlock first?

Until you reach level 8, you will be able to unlock all of the above described abilities, which should in turn allow for a smooth and effective gameplay. Further character development should be planned based on your preferred gameplay style and whether you will be playing solo or in a group.