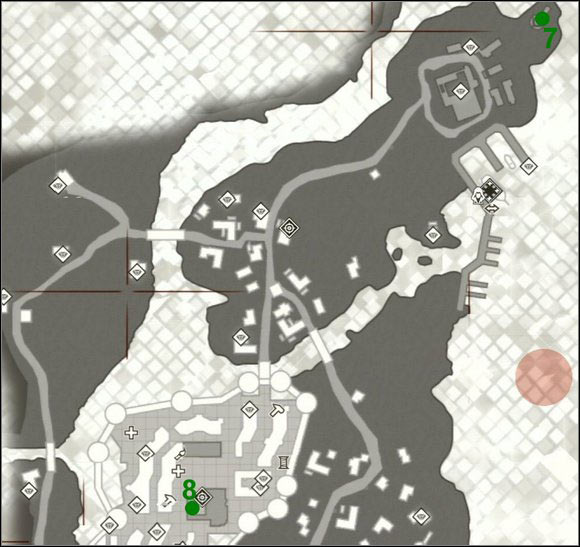 Located on the north-eastern lighthouse. [1] Glyph is on the middle level of the building - we can get there by moving on the edge. In the first part of the puzzle guess which images have some red accents (Jason, David and Goliath, Jesus Christ, Joseph, Christ Disrobed). In the second part you are looking for the object from the right. [2]

It is in the courtyard of the local temple. [1] In this puzzle you have to use your ears - if the sound disappears you are getting close to the target. On the first photo target the area in the upper half of the stick held by the character. The second picture hides its secret near the sword and a skirt. [2] In the last puzzle move a fire at a woman (picture on the left). Then move one image to another.