Below you can find weapon guide to Apex Legends: 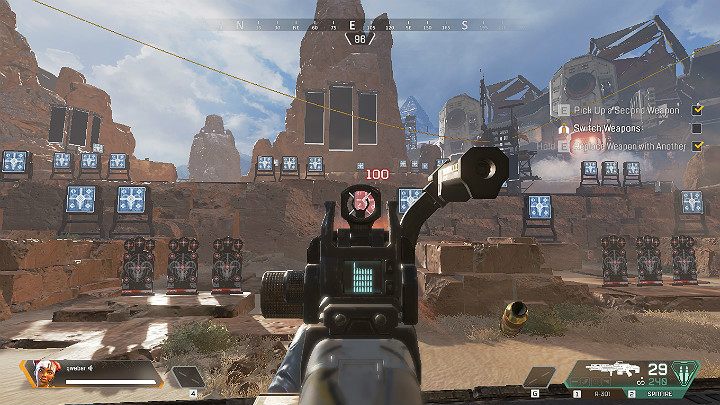 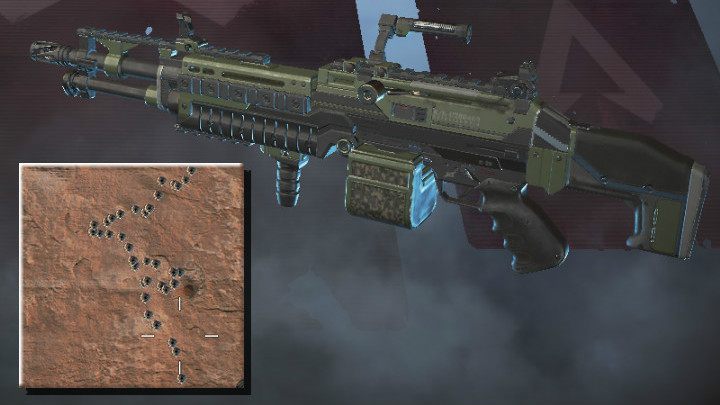 The screenshot above shows the spray pattern for M600 Spitfire (medium range). As can be noticed, the recoil is serious and twisted. The weapon is stable after firing 6 rounds, as the next 8 rounds hit the same location. When it comes to mitigating recoil, the weapon yanks up and left, and then right and up. When firing M600 Spitfire, it is best to deplete the half of the clip (around 17 bullets) while countering the recoil by pointing the mouse down. 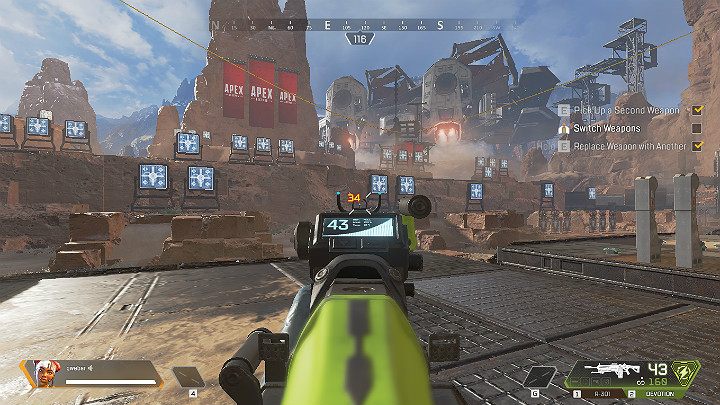 Devotion LMG is a modern light machine gun using energy rounds. Devotion LMG holds 44 rounds, which gives it an advantage over most of the rifles appearing in the game. A body shot deals 17 damage, while a headshot deals 34 damage. Unfortunately, Devotion LMG is a rather slow weapon, and its recoil is quite big. 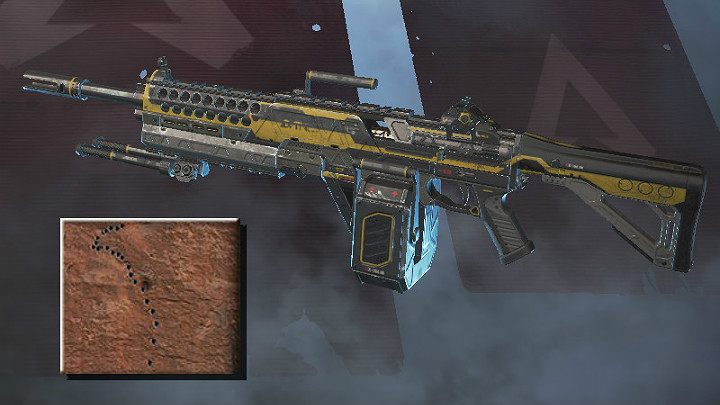 The screenshot above shows the spray pattern for Devotion LMG (medium range). As can be noticed, when firing longer bursts, the weapon yanks up and left, and then right. When firing with Devotion LMG, counter the recoil by moving the mouse down and little to the right.

Apex Legends Guide is also available in our Mobile App