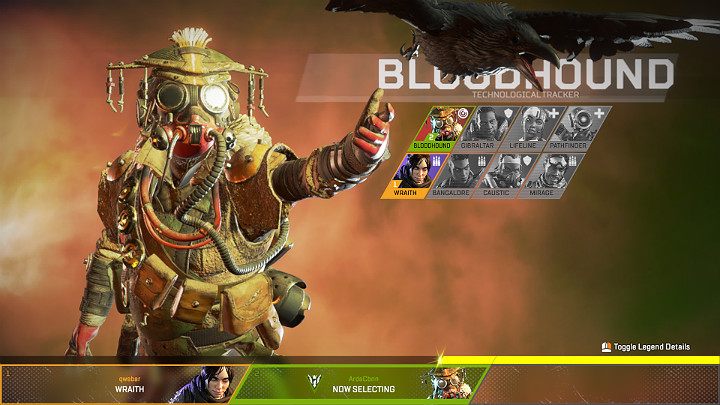 Bloodhound is a very versatile hero, whose skills will come in handy in almost every team. The ability to locate enemy marks, track their movements and the ability see through walls will make everybody worry about their safety. 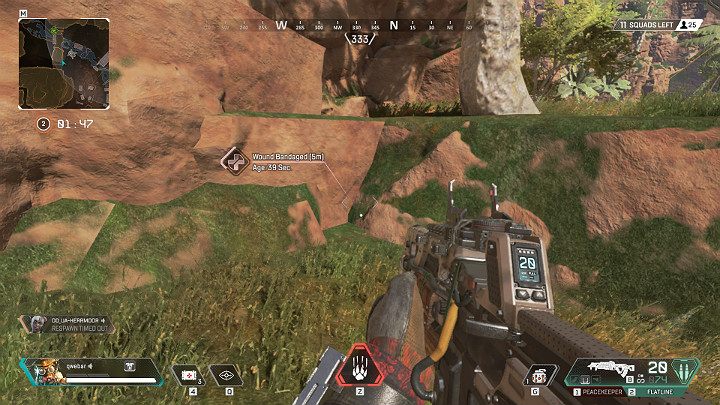 Thanks to his passive ability, Bloodhound can notice tracks left by the enemy. This is an incredibly useful ability during recon. Thanks to such information, you easily track the potential target and eliminate him.

What kind of tracks you can find? 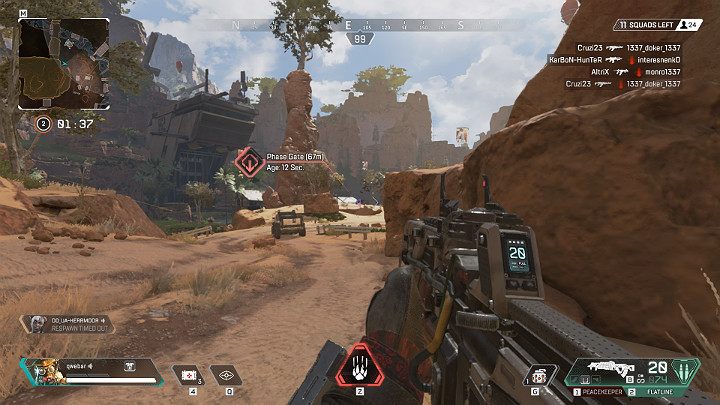 Thanks to his tactical ability Bloodhound can receive a lot of useful data, e.g. when the enemy has moved through this location, did he use any medication, or when Wraith's portal has been opened.

Tactical Ability - Eye of the Allfather 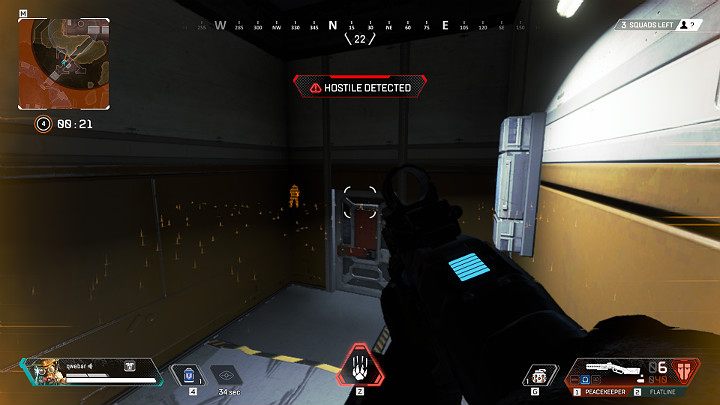 Eye of the Allfather is a skill that gives you a lot of advantage over the opponent. After activation, you reveal the locations of all opponents, hidden traps and tracks in the nearby area for a short while.

Eye of the Allfather sees through walls!

The enemies hiding in rooms, buildings, or transport ship cannot feel safe, because Eye of the Allfather sees through walls. Remember to use it before you start checking any of the buildings, especially in the later part of the game.

Special ability - Beast of the Hunt 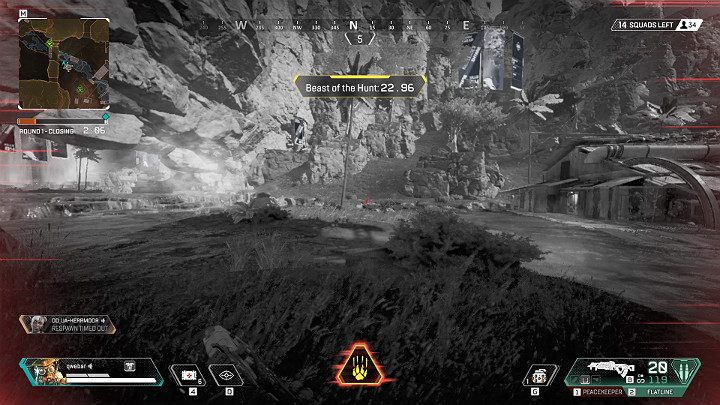 Once activated, the ability improves Bloodhound's senses, giving you a bonus to movement speed and lighting up potential targets.

Wait for a right moment

Bloodhound's special ability allows you to easily catch a wounded or weakened opponent who attempts to find a safe location to refill his health and armor.