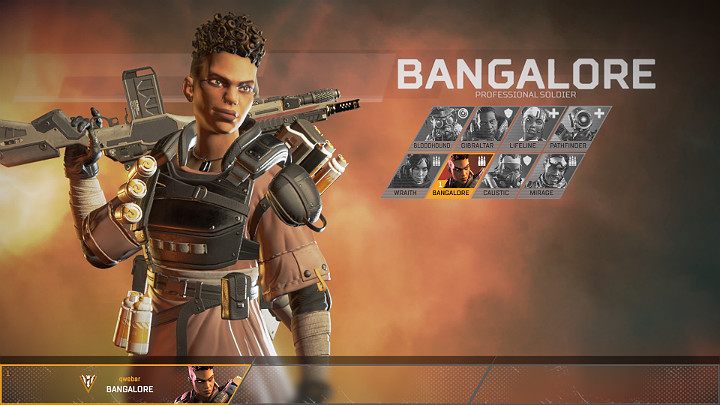 Bangalore is an offensive character. His main task is to eliminate potential targets, but thanks to his tactical ability, Bangalore can be an immensely useful ally when attempting a tactical retreat.

When Bangalore receives damage during sprinting, he will receive a boost to speed for a short while. The boost is quite serious, so it may cause the enemy to miss his next shot. 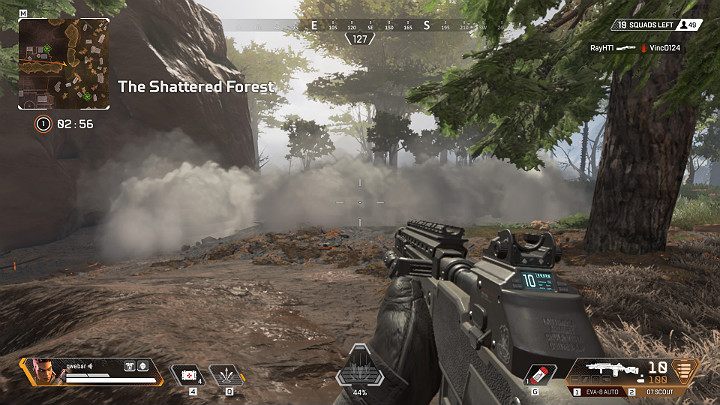 Smoke launcher is a very useful weapon both in offensive and defensive. The launcher fires 3 projectiles that cover a large swath of area in smoke. The screen lasts a few seconds.

Following the fact that the smoke launcher covers a large portion of area in smoke, it can be an incredibly useful tool to camouflage your movements. When you deploy the smoke, you can safely gather the items that are in open terrain or heal a knocked down ally.

If you need to evacuate from a dangerous area, you can disperse smoke that will make your team invisible. Thanks to such a move, the enemy won't see your next actions, so it will be hard for him to counteract without risking exposure. 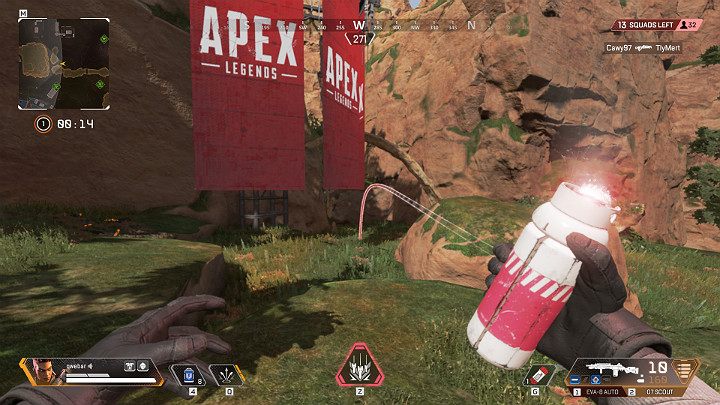 Bangalore equips a signal grenade that is thrown at the chosen target. Similarly to Caustic's grenade, the signal grenade is a throwable, so if you want to throw it far, you need to aim your crosshairs up. After a short while, an artillery strike will land at targeted location. This is one of the most spectacular ultimates in Apex Legends.

Make the enemy escape his hideout

If the enemy notices that his position has been targeted with a signal grenade, he will surely quickly run from his current location. This is a great opportunity to attack him.