In The Chamber of Pillars, you can find 12 secrets :

Exploring the room with pillars and the adjacent tomb 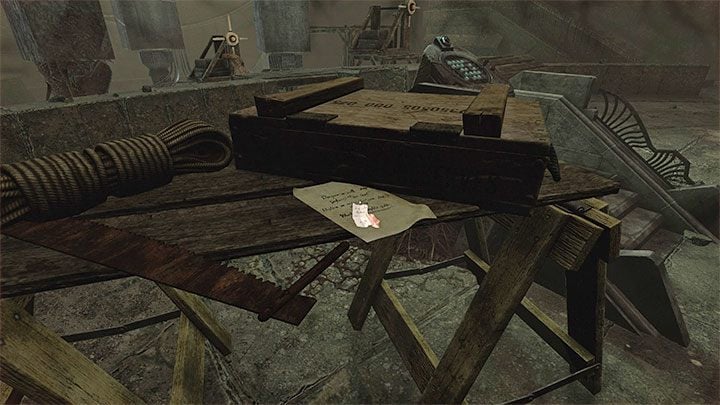 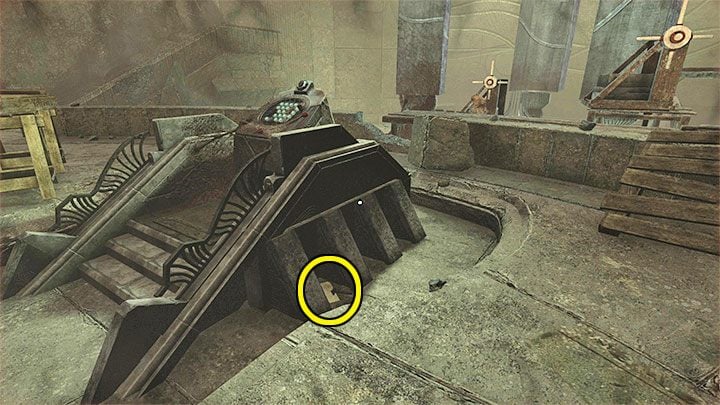 You can reach Chamber of Pillars from The Portal Chamber - we have described it on the previous page of the walkthrough. In this location, you have to solve the puzzle to advance to the Portal Chamber.

The corridor will lead you to a room with three pillars, and at the beginning, we suggest that you carefully explore the area to find collectibles. 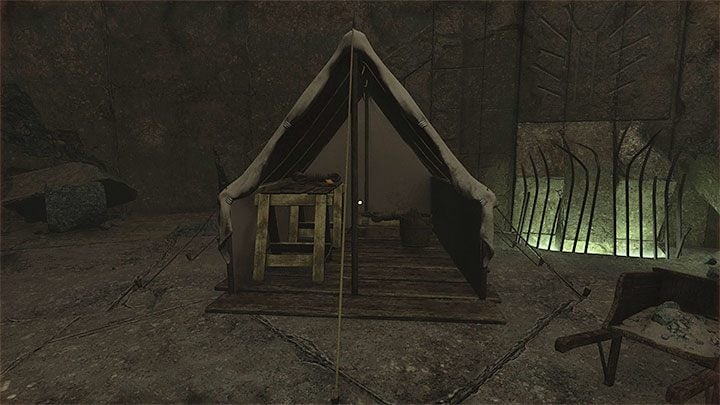 Near the console, there is a tent shown in the picture. In it, you will get matches and a collectible lying under the rope - The Chamber of Pillars: Tin Hinan Note. 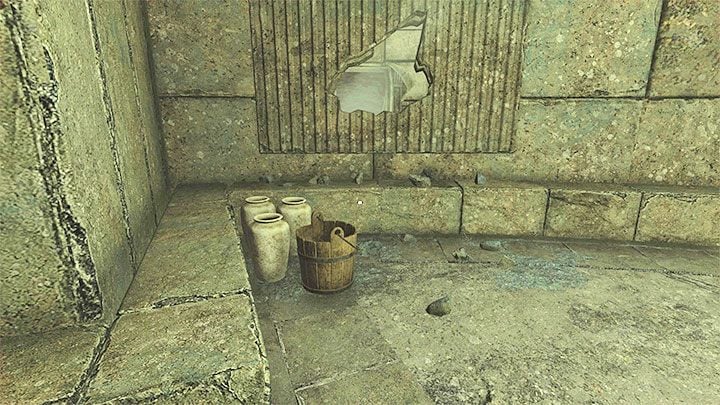 To the left of the pillars (looking from the console), you will find jugs shown in the picture above. Lift them and throw them into the air so they can brake after hitting the ground. There will be matches in one of these. 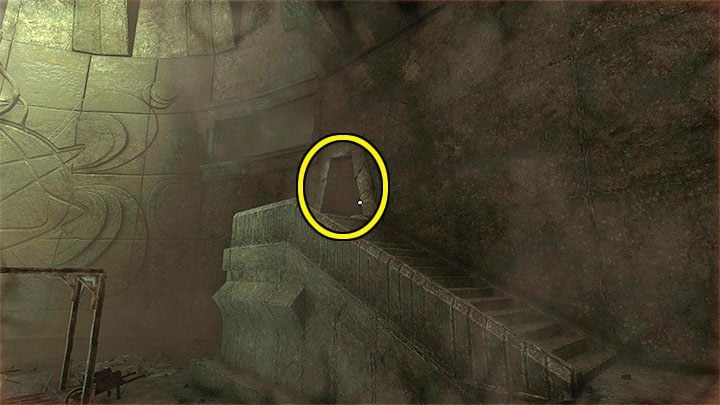 Approach the stairs on the right that lead to the passage marked in the picture. You will find matches there, and you will also be able to squeeze into the dark tomb with more secrets. 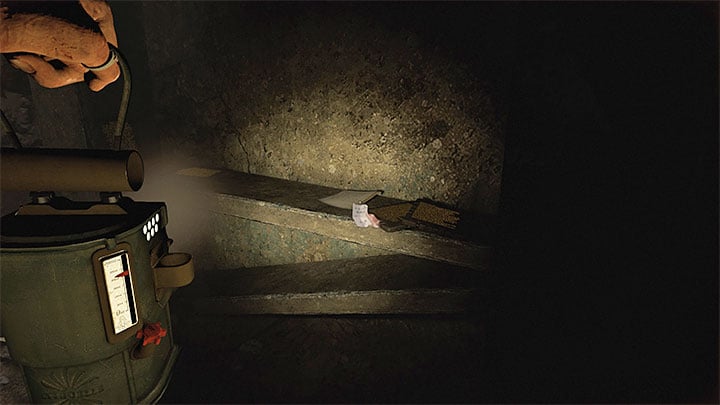 You can encounter a ghoul in the new location - we advise you to save the game beforehand and avoid running. However, if you confront the monster, run away from it, hide, and crouch, then wait for the chase to end.

It is best to explore the new place with the lantern taken out, not to waste time lighting a torch or moving slowly with only a match. In one of the closest chambers, on the shelf, there is a secret shown in the picture - The Chamber of Pillars: Translation Note. 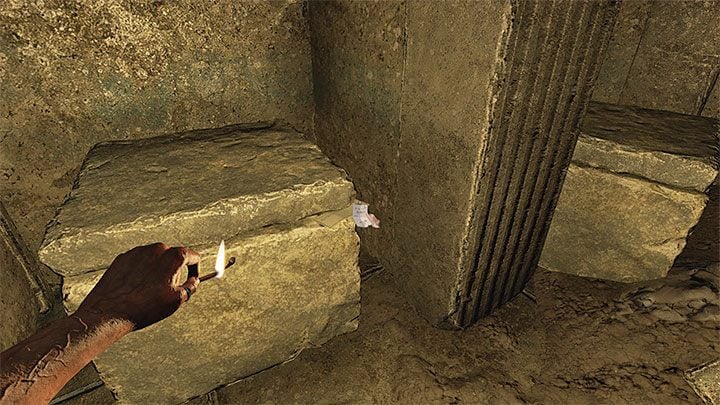 Stay in the room and locate the large stone block with the next secret shown in the picture - Hank's Notes: Leon De Vries. 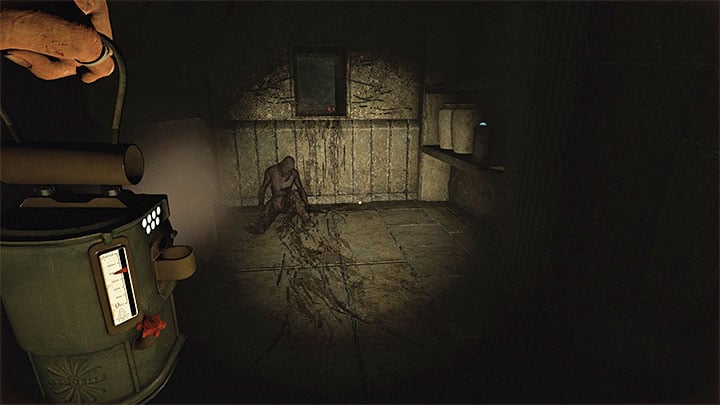 Look to the right of where you obtained the previous collectible to find a corpse shown in the picture. There are a few secrets to get here:

Carefully return to the hole leading back to the main room with the puzzle.

A puzzle with 3 pillars and a console 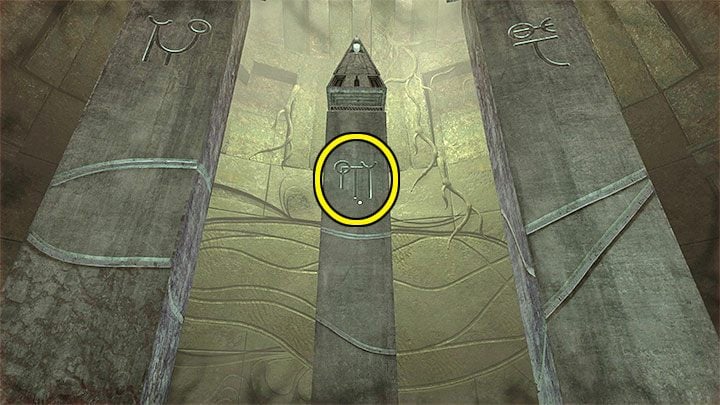 The puzzle consists of two parts, and the first is about rotating the pillars.

You have to approach the middle pillar. There is a rotating mechanism in front of it. Make 1 turn clockwise . The symbol shown in the picture above should appear on the pillar. 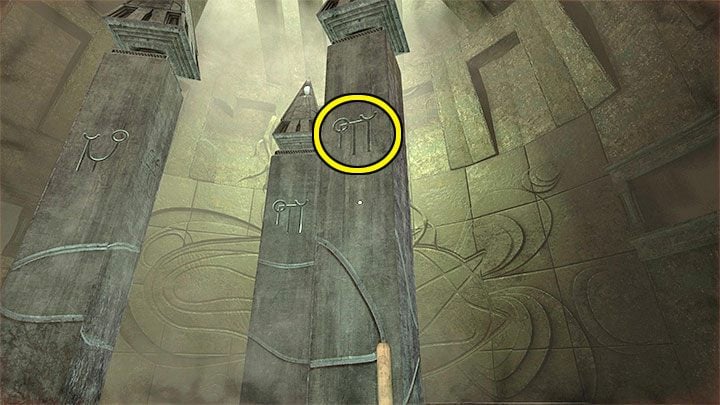 Now approach the right pillar . Interact with the rotating mechanism. Make 2 turns clockwise . The symbol shown in the picture above should appear on the pillar - it will be identical to the one on the middle pillar. 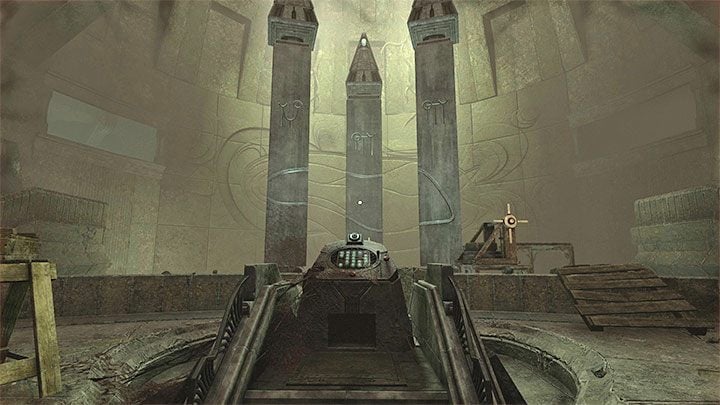 You may now take a look at the console in front of the pillars. 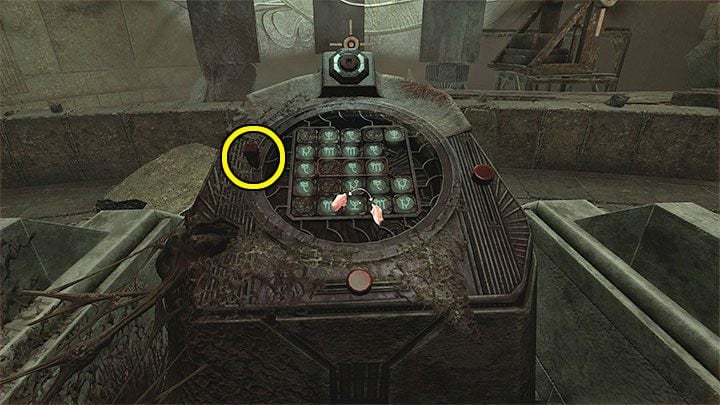 There are two different things you need to do with the console. First, you have to turn the tablet with symbols so that the knob marked in the picture is on the left side. 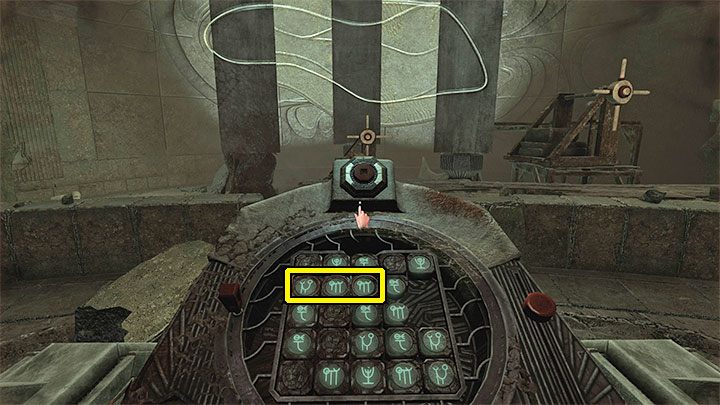 Only now, use the sliders to recreate the order of the symbols on the pillars - the solution is shown in the picture above, and it is the second row of symbols. 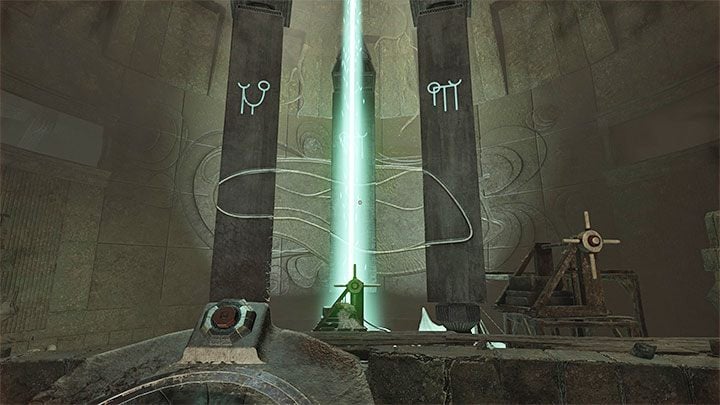 Finally, press the top button . If you have followed all the steps correctly, a pillar of energy should appear. This confirms that the alchemist's device has been turned on.

You can now turn around and use the corridor leading back to The Portal Chamber.