This page of the Amnesia Rebirth guide provides a walkthrough of The Tomb of Tin Hinan chapter. The following walkthrough suggests how to get through the tomb successfully, how to unlock barricaded passages and how to escape from the Shadow.

There are 8 secrets in The Tomb of Tin Hinan: 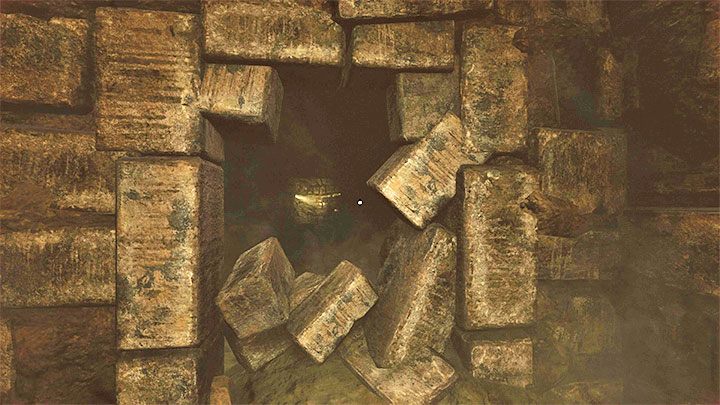 This chapter consists of two parts; the first one involves exploring the tomb without the Shadow, although the darkness is still a threat to the protagonist's level of fear and you should consider using an oil lamp and matches (look for lamps and torches).

You will find the first matches near the starting point. Then you have to slide out and put aside the large blocks one by one to unblock the passage. 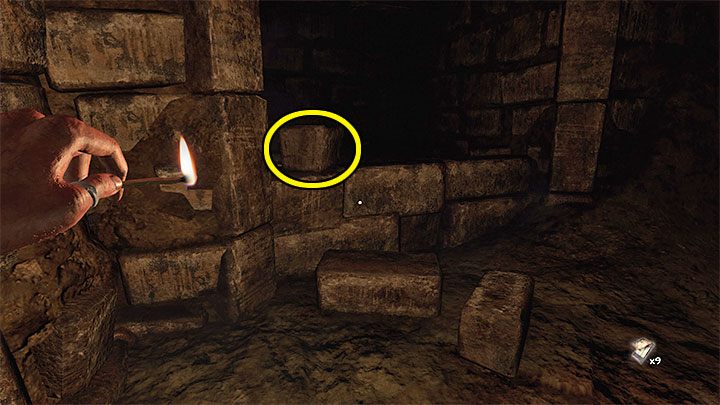 Just after using the unblocked passage, examine the area on the left. You can move the single block marked in the picture and uncover the matches.

Explore the rest of this room with the help of matches or an oil lamp to find another container with matches. 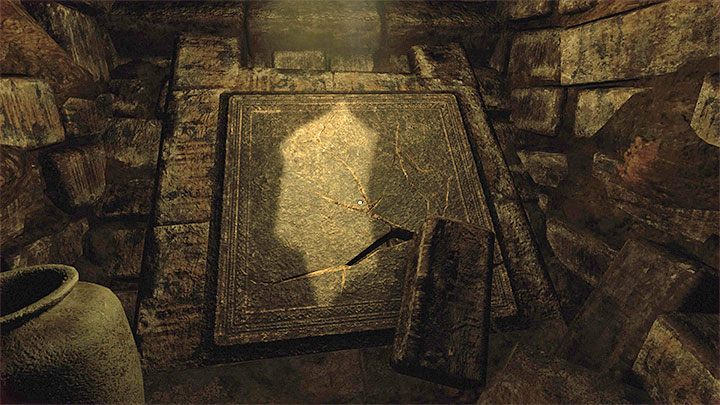 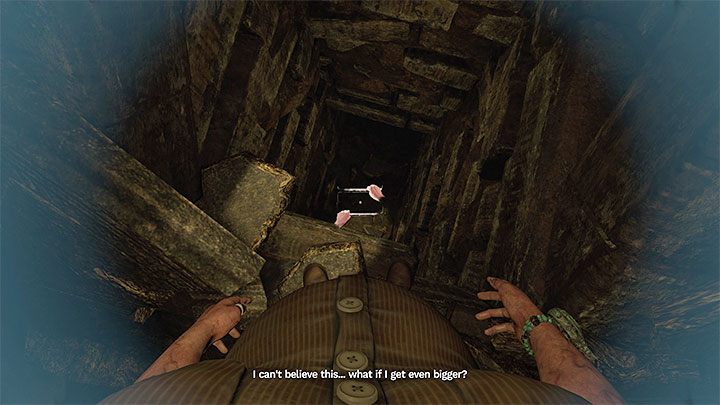 The new collapsed passage is not where you will exit the chamber. Instead, you have to locate the cracked plate shown in picture 1.

Pick up a stone block lying here a few times and drop it from a great height onto the plate. The goal is to make it fall into pieces and reveal the ladder shown in picture 2. 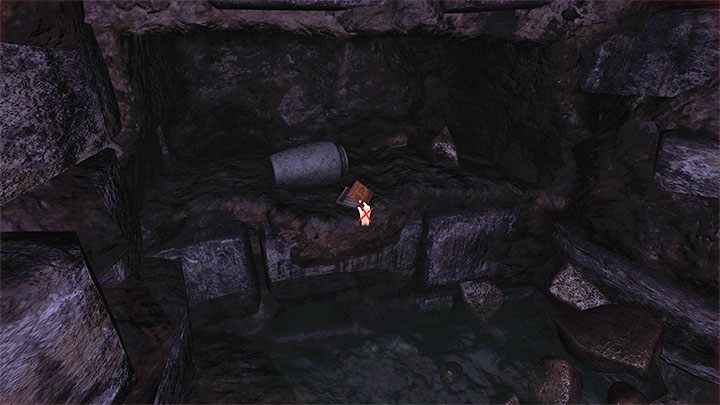 You're about to start a linear journey, during which you will come across two portals. Activating them with the removed amulet is completely optional as they do not lead to any new locations. You can get x2 matches here - one near each of the portals. 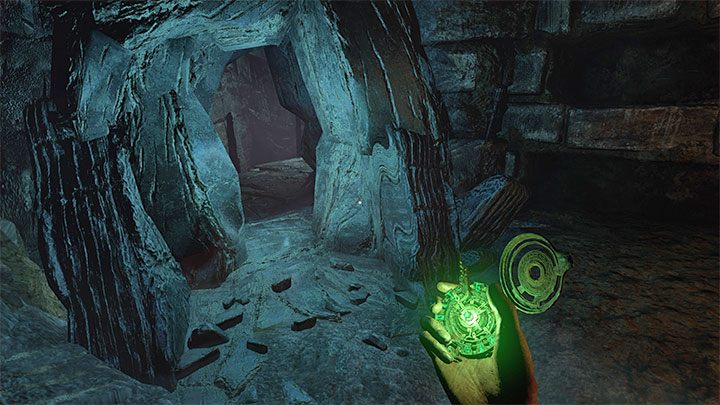 Continue walking through dark corridors. You will reach the third portal and before you activate it, find a match in the vicinity of it. Only now, take the amulet out of the inventory and go through the open portal. 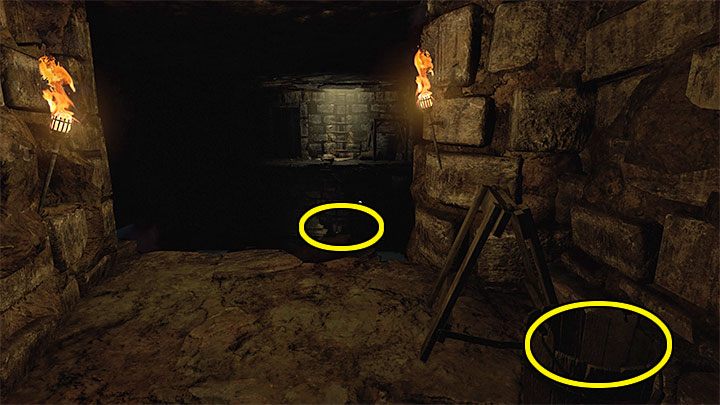 Use the large stone bridge. In the larger room, the protagonist might take damage. The exit from the room is in the right corner.

Escape from the Shadow 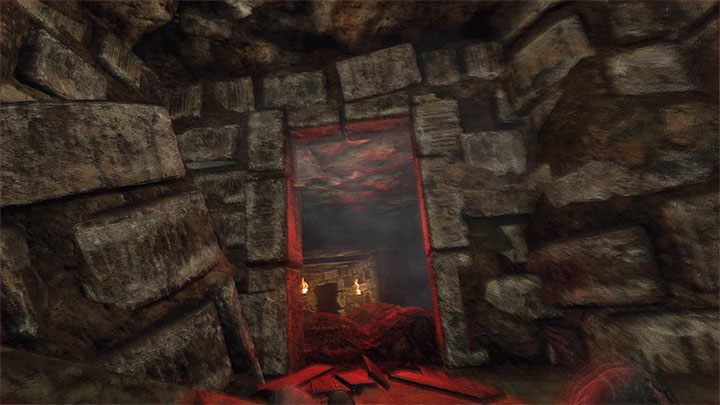 Save the game and / or make a copy of your saves before continuing. The linear path will lead you to the door that will be destroyed by the Shadow. The sequence of escaping from the monster will begin since you can't fight the Shadow. 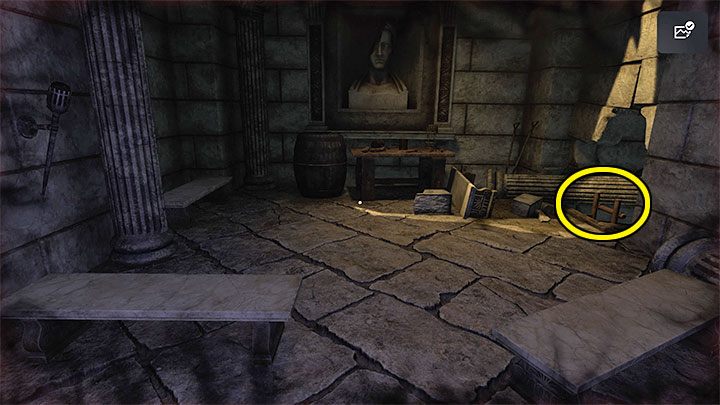 While escaping, keep the sprint button pressed all the time. In extremely dark areas, you can take out your oil lamp to help your vision, but do it without stopping and only if you really need it to notice an escape route.

In the location shown in the picture, you need to quickly reach the ladder on the right and use it to go down. 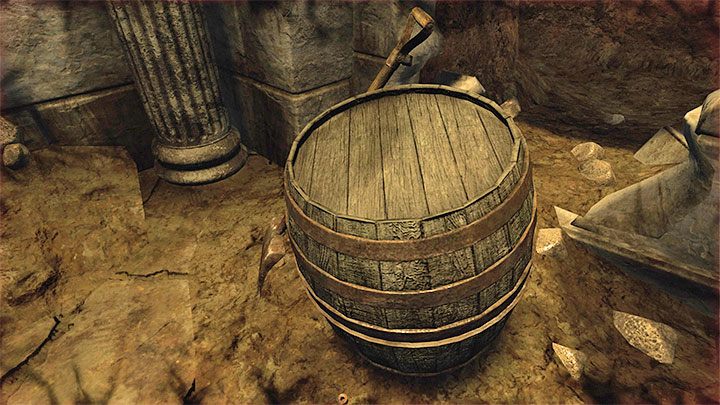 While escaping, the first problematic spot is the one where you have to move a large barrel. Move it just enough to be able to get past it; don't waste too much time here. 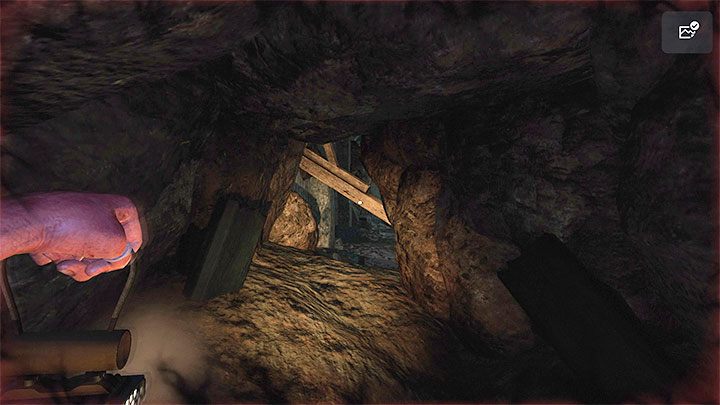 Later in the escape, you have to crouch and squeeze through narrow passages. Do not worry about the individual attacks of the Shadow, because unless you stop for a longer time, you will stay alive.

The second problematic location is the one shown in the picture above. You have to push the boards blocking the passage. The chase ends when you reach the door leading to the location from the next chapter.