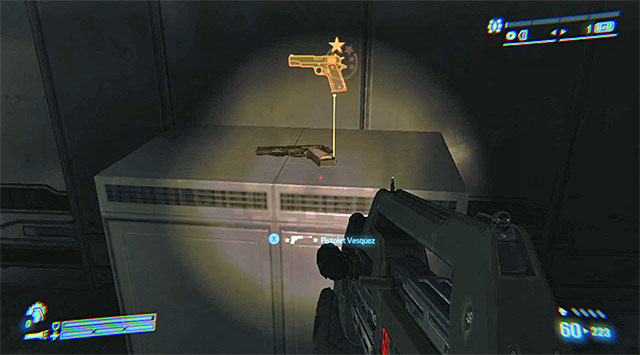 Continue fighting until you've gotten rid of all aliens, which should coincide with opening the door inside the colony's complex. Go inside and turn left at the main fork. Search the room on the left at the end corridor; apart from a full set of armor, you'll also find a Legendary Weapon - Vasquez's Pistol (the above screenshot). 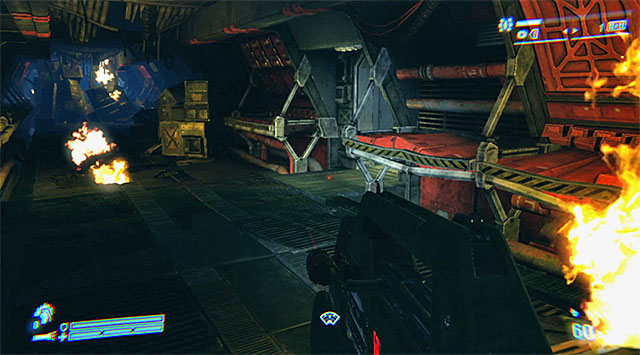 Backtrack to the fork and go through the unexplored main corridor, following O'Neal's footsteps. Open the small door on the left and go upstairs. Notice that you've found yourself in the same spaces where a previous mission had you placing motion sensors. You're free to explore the area as well, but if you wish to find a new secret and complete the current objective quickly, follow the tips outlined below. Move ahead, into the damaged main corridor (the above screenshot). Take the pathway on the right, towards the labs. 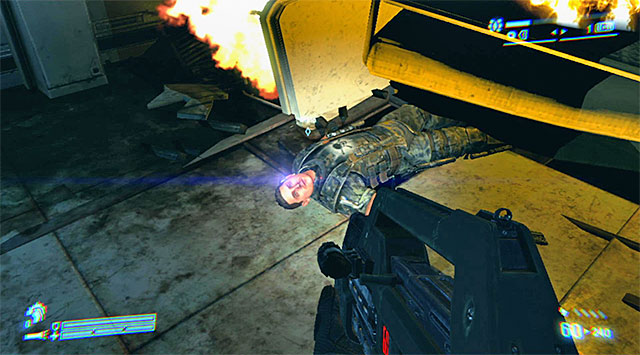 There are three marines to save here that you can locate with the motion tracker. The first ally has been crushed under the ceiling wall (the above screenshot); help him on his feet. Watch for Xenomorphs in the meantime, though, especially since there will be Lurkers among them. Keep an eye on them on the motion tracker so as not to let them run up and attack you in close combat. 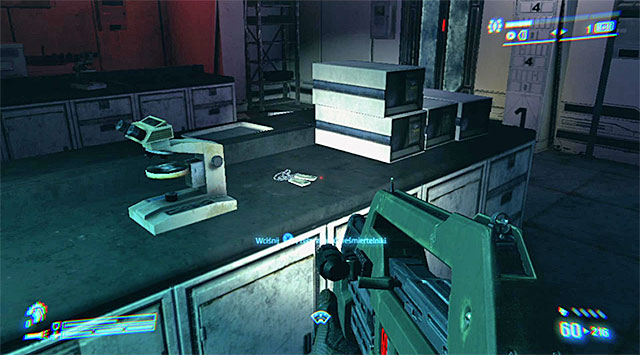 Move to the next lab room. Take care of more Lurkers, then search the area thoroughly; you'll find the above Dog Tag (PFC Mark Drake). 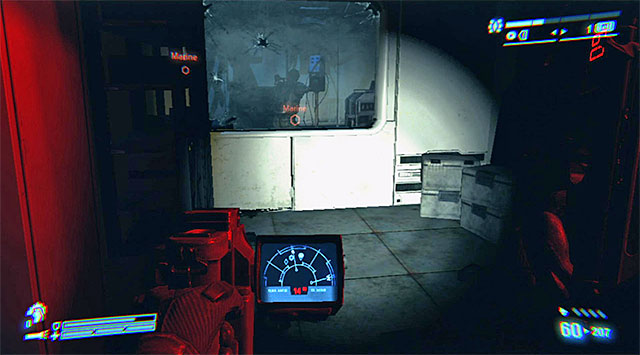 The second marine is trying to defend himself in the room adjoining both the labs and the operations room (the above screenshot). To get to him, open the door on the left using the welding torch. Kill the Xenomorph that will show up there. 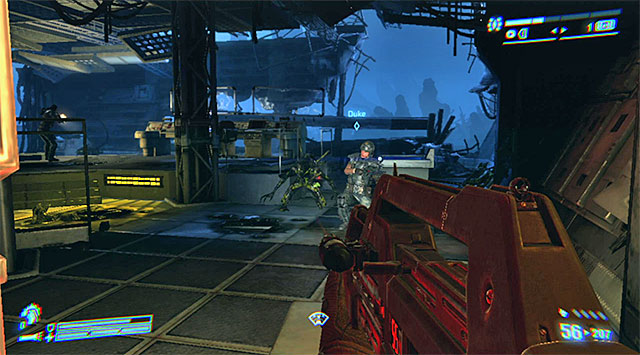 The third and the last marine is fighting in the operations room; the same in which you've already fought off Xenos in one of the previous missions. Help him get rid of the aliens.