This unofficial guide to Aliens: Colonial Marines contains an exhaustive walkthrough of all 11 missions. Each chapter has detailed information on how to complete quests, eliminate Xenomorphs and enemy units, and find secret items (Dog Tags, Audio Logs, Legendary Weapons). All collectibles are listed at the end of the guide to help quickly locate any missing items. 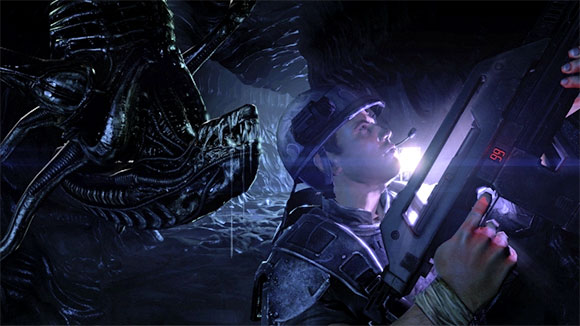 The guide follows the single player campaign, with a team controlled entirely by AI. In multiplayer, some battles with obviously take a different turn, depending on the abilities and decisions made by the other players.

Most standard items, such as armor pieces, med-packs, or ammo, pop up in random places. As a result, the guide doesn't specify their locations, which means you'll have to scan every newly unlocked area on your own.

For easier orientation, all secret items have been marked in green. These include Dog Tags of fallen marines, Audio Logs, and the so-called Legendary Weapons. You can follow your progress in finding them by opening the current mission objectives screen. Full statistics are additionally displayed at the end of each main mission.

The best and the worst video games from the Alien universe

Alien franchise is not dead. Even with the decreasing quality of the movies, there are still some hardcore fans who often return to rewatch the first movie. What makes it so special? And did any games match the awesomeness of the original?