On this page of the Aliens Fireteam Elite guide, you can find a walkthrough for Advance - the second mission of the third campaign (The Gift of Fire).

Follow the path until you reach a large room filled with Xenomorphs. 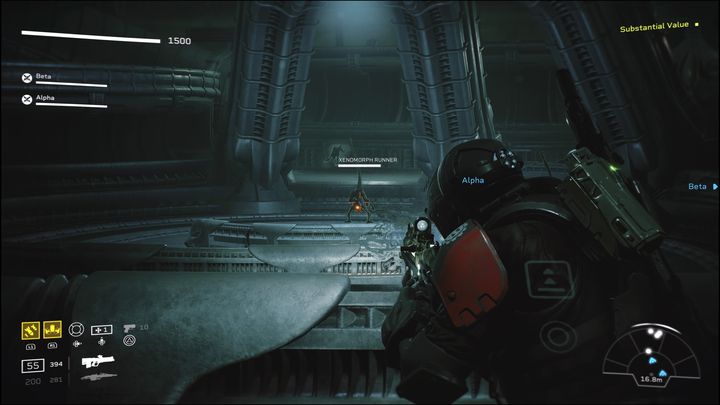 Clear the area and follow the ramp up. The next room also contains Xenomorphs. Use the planted explosives to your advantage by firing at them. 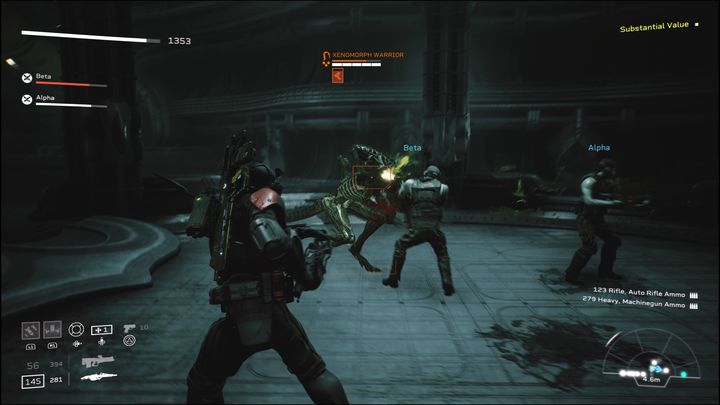 In the next room, there is a Warrior - get rid of him quickly. 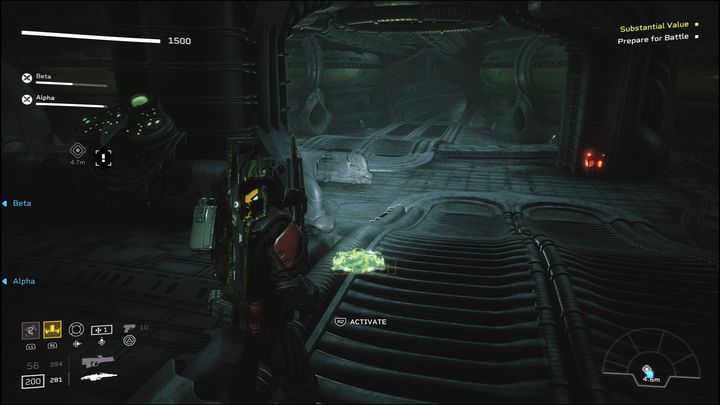 Follow the laid path to reach a terminal, which has to be interacted with. Near the terminal, there is an ammo crate and a medkit. You'll be facing a lot of enemies ahead, make use of mines and other equipment to make matters easier,

as Xenomorphs will appear from everywhere, even the ceiling. Most of them will be basic enemies, but a Crusher will also appear - you've encountered him in the previous mission. 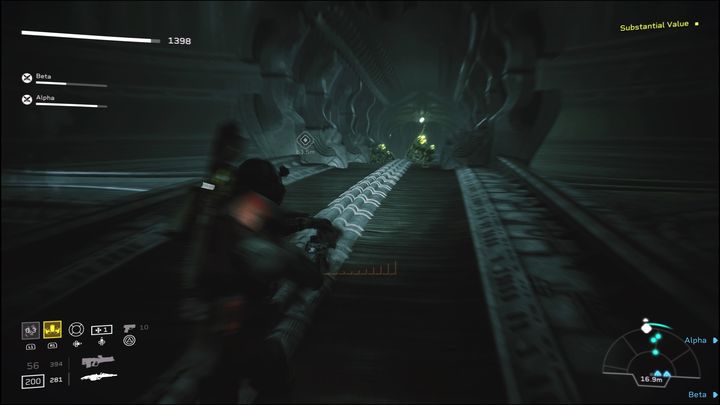 The final wave is quite numerous - acid will appear on the ground once it is cleared. Continue to the next marker. 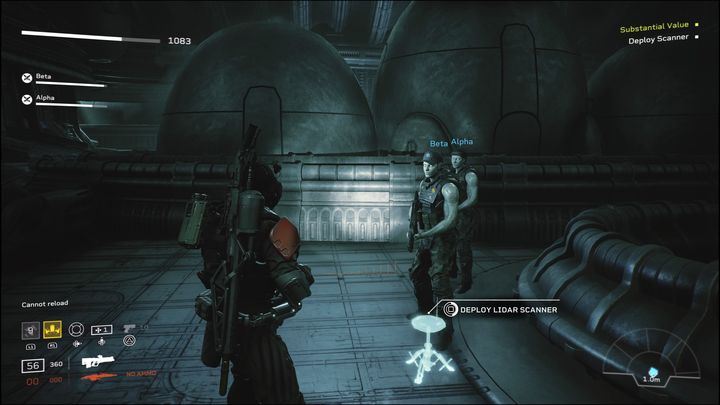 Further enemies will appear on your way. Defeat them as they appear and follow the marker to reach a location where you need to place the scanner. 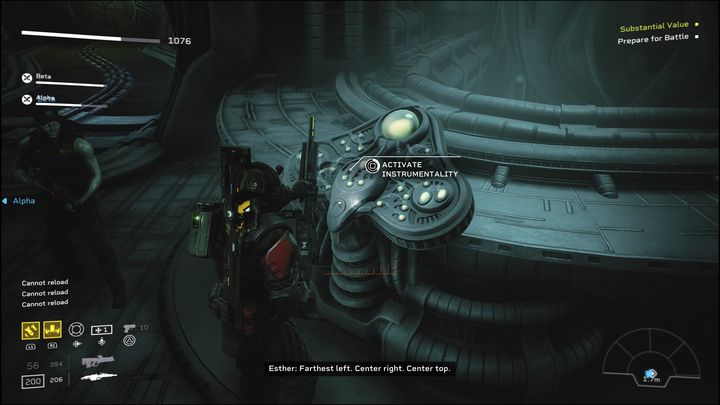 Once that is done, follow the new marker to the terminal. Activate it to begin another battle. Make sure to replenish your supplies before it, using the crate found on the right side of the terminal. 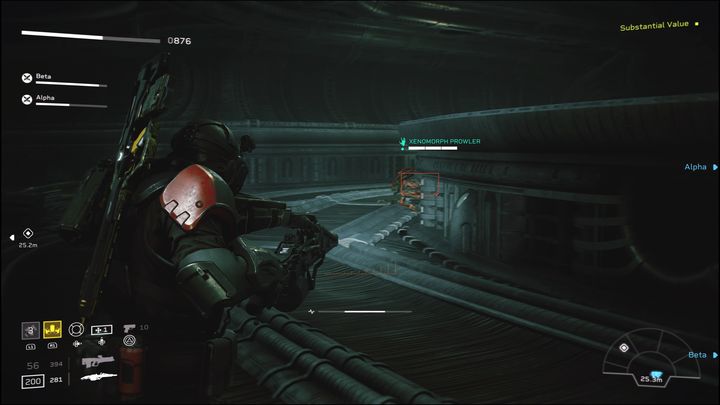 While following the path, watch out for lurking Xenomorphs that will ambush you when you are close enough. 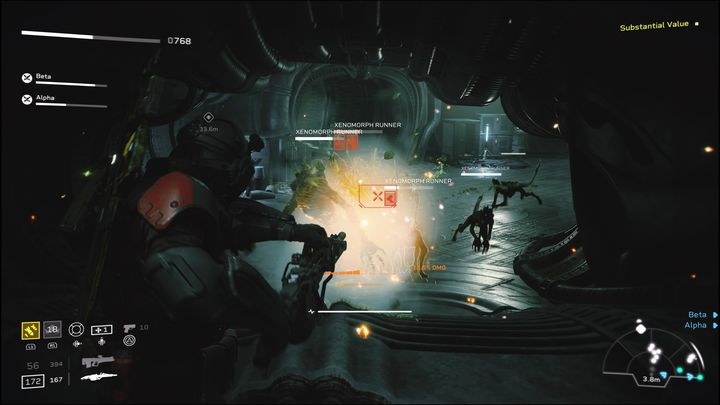 More Xenos ahead. Get rid of them and continue forward. As you reach the platform, get ready to defend it from enemies. 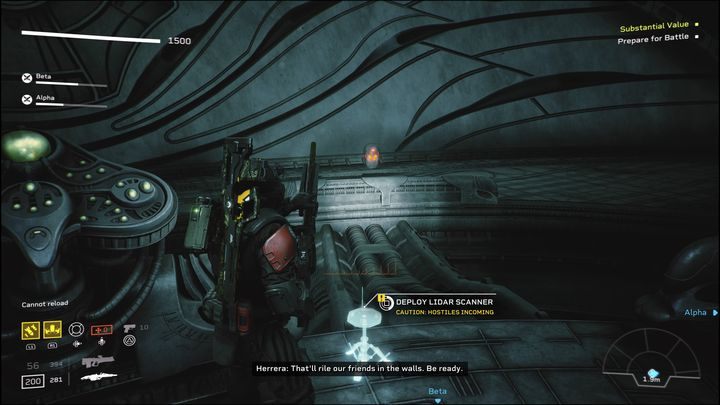 There are two equipment crates on the platform - pick up what you need to make the defense easier. When you're ready, approach the location where you need to place the scanner. 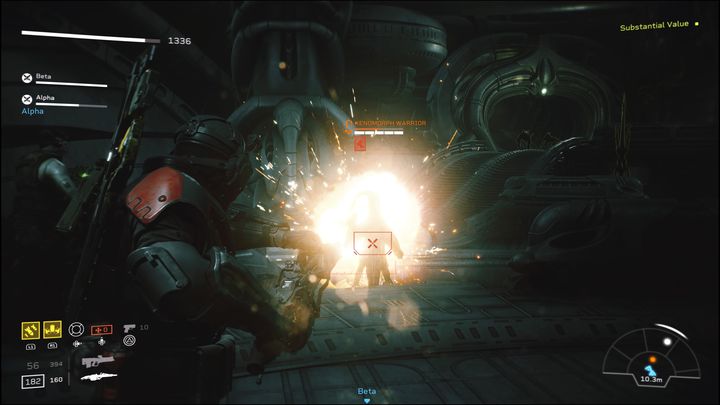 Among the standard enemies, you'll also face two Warriors. Stun them when they are close. After defeating all enemies, activate the alien device. Continue to the final marker to end the mission.