Assembly, one of the factions in Age of Wonders: Planetfall, are like the undead, which can be found, for example, in the WarCraft series. Their units consist of cybernetic creatures which are a collection of different organisms, and their style of play centers around using fallen enemies and allies to gain various advantages. In this section, you will learn the features of the Assembly faction, which technologies are worth unlocking as soon as possible and read a few tips related to the gameplay of this faction.

Assembly faction stands out from the others due to the following features:

The first feature worthy of attention is the type of damage dealt by the Assembly's units. They deal kinetic damage and arc damage, with a focus on the latter. The former allows you to inflict huge damage to enemy troops and, in addition, have the chance to inflict Bleeding status, which reduces the resistance to kinetic attacks and deals damage each turn. However, kinetic damage attacks have poor accuracy - when you are using units dealing this type of damage, you need to find them the right position and give them appropriate modifications. In turn, arc damage can injure a few units simultaneously or stun the enemy troops. 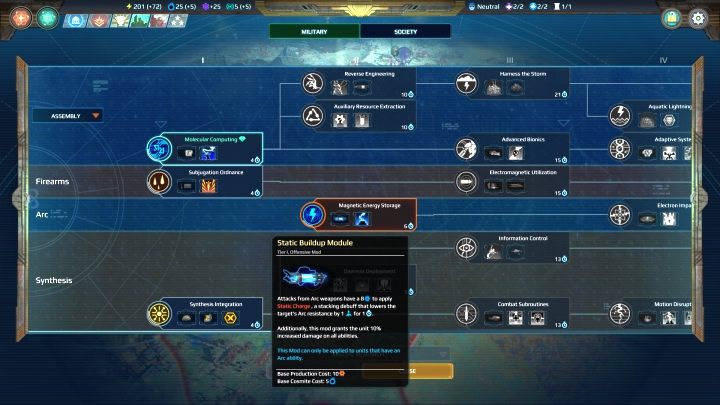 Static Buildup Module is an improvement that is perfect for many turns.

A feature that distinguishes the Assembly faction from the others is their use of fallen soldiers on the battlefield. Both hostile and allied units that died in combat can be used by the Assembly - for example, to gain additional resources or knowledge points for each enemy unit killed. Moreover, this faction can literally use their colonists, gaining knowledge points for each colonist within the faction at a cost of reduced satisfaction. This faction also has additional ways to increase the speed of developing new technologies.

Technologies worth unlocking as soon as possible 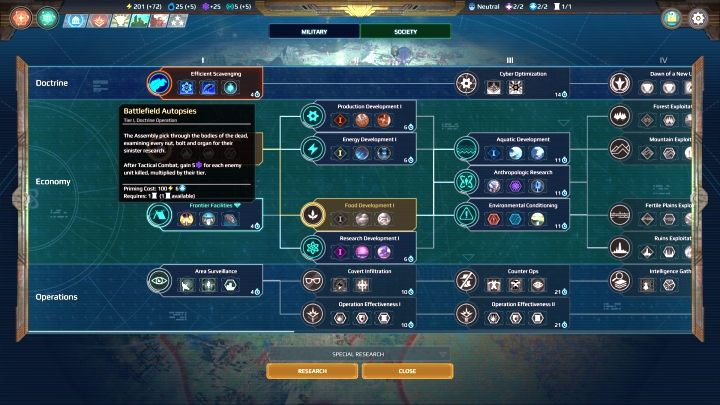 Battlefield Autopsies doctrine should be unlocked immediately at the beginning of the game.

While playing as the Assembly, you should get the following technologies:

All of the above technologies can be unlocked right at the beginning, but they will be useful for most of the game. 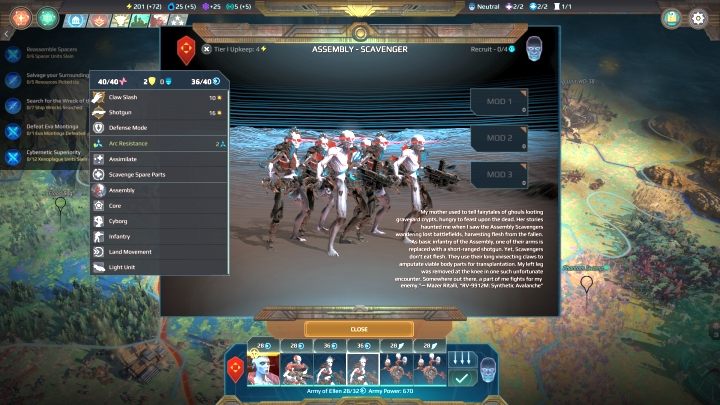 Most units can heal themselves by using melee attacks.

Below you can check a few tips on how to play as this faction: