The Guide to Age of Wonders: Planetfall is an extensive and complete body of knowledge that describes and explains all the mechanisms and components that govern gameplay. The guide opens with starting tips and a description of the basic mechanisms of gameplay, where you will find the most important information useful in the first hours of production. Here, you will find, among other things, information on harvesting and managing resources, a section describing the technological research, the rules of diplomacy and trade, or basic information relating to the effective development and maintenance of the colony. The guide also includes a description of all the factions in the game, along with their distinctive features, as well as general tips on how to play them. There are also chapters related to navigating the map efficiently, the expansion of the colony, hiring and improving the army, as well as waging war and fighting battles on tactical maps.

The guide to Age of Wonders: Planetfall also comes with an extensive FAQ section, containing answers to the most difficult questions that may arise during your adventure with this demanding and complex game - information regarding the regeneration of health points, ways to deal with specific enemies, to unlock new buildings, units, and operations, or the development and use of operations on the world map, as well as during battles. There are also tips concerning the very gameplay - ways to quickly get experience points for units, info on the efficient development of the colonies or recommendations concerning the recruitment of units, or battles with specific factions and the units they use. The tutorial is concluded with an Appendix, which includes chapters describing the hardware requirements, controls and achievements, along with ways to unlock them.

Age of Wonders: Planetfall is a spin-off of the popular turn-based strategy series, Age of Wonders, which now takes players to a science-fiction universe. During the game, players spend most of their time on the world map, expanding initial zones, creating new colonies, combining units and engaging in various diplomatic interactions with other factions. Battles are waged on tactical maps in a turn-based mode reminiscent of the one from the XCOM series. Thanks to the destructible environment and extensive arsenal modification capabilities that apply to both ordinary soldiers and heroes and commanders, the game provides players with rich tactical experience. The very victory here is achieved on the path of conquest, destruction of all enemies, or diplomacy. Thanks to the complex engine, the game looks beautiful, and players can take part in an extensive single-player campaign, random maps skirmishes, and a multiplayer.

To enjoy comfortable gameplay (about 30 frames per second) at 720p resolution and graphics detail set to "Medium", you will need at least the following hardware specs:

About Age of Wonders Planetfall Guide 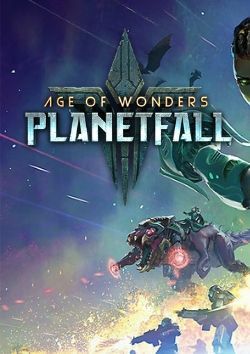 A spin-off of the Age of Wonders series that takes us to a science-fiction setting. We take control of a fallen empire and try to raise it from the dark ages of a galaxy to a better future. Age of Wonders: Planetfall lets us play by ourselves or in multiplayer mode.

Age of Wonders: Planetfall is a spin-off of a popular turn-based strategy game series developed by Triumph Studios. It is also the first game in the franchise to debut not only on PCs but also consoles.

Unlike previous titles of the studio, Age of Wonders: Planetfall doesnt take us to a fantasy land, instead featuring a science-fiction setting. We control a galactic empire to end its stagnation and lead it to a better future. We also learn of other factions that develop in their own ways, but also the story of the world, especially of the lost civilization of Star Union.

While its setting is different, Age of Wonders: Planetfall offers similar gameplay to its predecessors. We spend most of the time on a world map, developing major cities, founding specialized colonies, discovering new technologies to increase our battle potential, establish good or bad relationships with (more often than not) conflicting factions and introducing new doctrines.

Turn-based battles play a huge role in the game, taking our units to a separate board. It must be noted that developers gave us more tactical options by adding a destructible environment and a vast variety of options to modify equipment of our soldiers give us. As usual, victory can be achieved either through conquest and diplomacy or by a total annihilation.

Aside from a huge story campaign and random maps, Age of Wonders: Planetfall has an online multiplayer mode.

Three-dimensional visuals of Age of Wonders: Planetfall are of a high quality, especially very detailed models that can be viewed up close during battles.

More About Age of Wonders: Planetfall