For most games played in Age of Wonders: Planetfall, the player will start with one colony in the form of capital. Along with the course of the game, it is necessary to create and develop new ones in order to increase your power all the time. In this chapter you will learn how to set up new colonies, when you should decide for such action and what to watch out for.

How to set up a new colony? 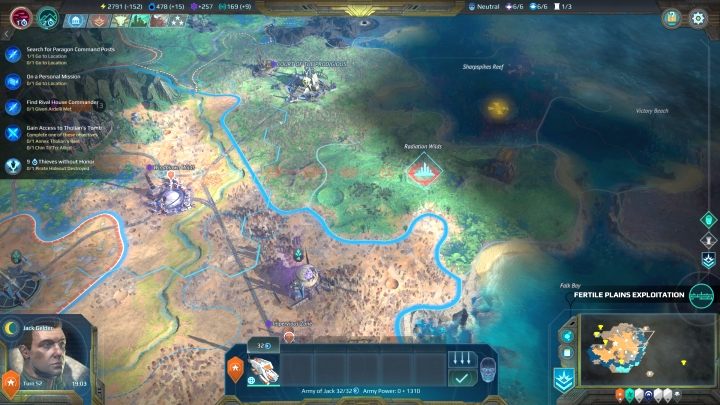 In order to establish a new colony, it will be necessary to create a Colonizer of a given faction - for this purpose, it will be necessary to develop Frontier Facilities technology, which will unlock, among other things, this type of unit. After creating a colonization vehicle, it is enough to mark it and then look around the world map - the places where a colony can be established will be marked with a characteristic icon.

Now all you have to do is send the colonizer to the specified location. After reaching this special spot, a new window will appear in which you can select the option to create a new colony. This one will appear in the next round, receiving a randomly chosen name - it may be changed without any problems afterwards.

How to develop colonies? 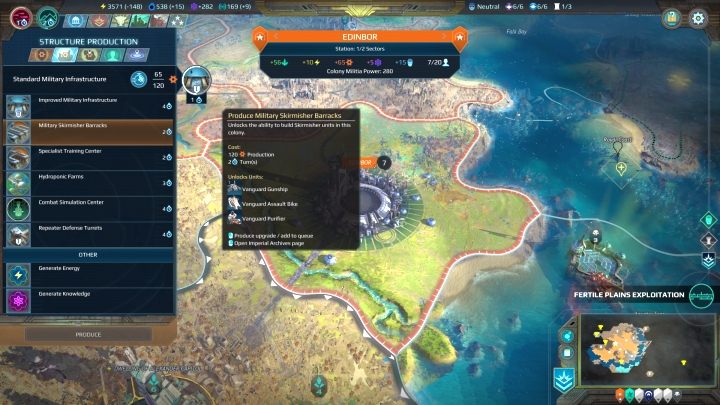 Colonies develop mainly by erecting various structures within them.

However, the establishment of the colony is not all - now the further development of the colony will be important. This takes place by performing two important actions - through the construction of new buildings inside the colony, as well as the annexation of new sectors. The new buildings will increase the amount of raw materials produced by the colony, its population and popularity, or its defensive potential - their construction, however, requires the unlocking of specific technologies from the technology tree, which you will read about in a separate chapter of this guide.

The second aspect of the colony's development is the annexation of new sectors. The world map is divided into dozens of different sectors that each player can annex - join a nearby colony. The annexed sectors can be used to erect one of several different centers, which will allow to generate specific raw materials - Energy, Cosmite or Knowledge. Once such centers have been constructed in specific sectors, new expansion opportunities will be unlocked from a colony view - which let you increase, for example, the amount of raw materials generated by the site.

When to decide to establish a new colony?

The first additional colony is worth creating already during the initial missions - thanks to this you will be able to use a large stock of resources with which you start and quickly unlock access to new technologies. However, it is worthwhile to establish new colonies when there is a real reason to do so - when you are not able to annex further sectors of existing colonies, or when you have a large stock of raw materials and you have managed to find a nice place for expansion.

It is not worth to create colonies very close to each other - they will not be able to fully develop due to the limited number of sectors to be annexed. Also, they will simply compete with each other without giving measurable benefits.

Finally, some advice on setting up new colonies that might be useful to know, namely: