Gems in Xenoblade 3 give your team beneficial boosts during combat. On this page of the guide, you will learn how to create Gems and when gem crafting will be unlocked.

How to craft Gems?

Gems will be unlocked as you progress through Chapter 2. From now on, you will be able to craft them in all Rest Spots. You will need various items and a certain number of Ether Cylinders to craft Gems. You can also pay with golden Nopon Coins if you don't have the required items. 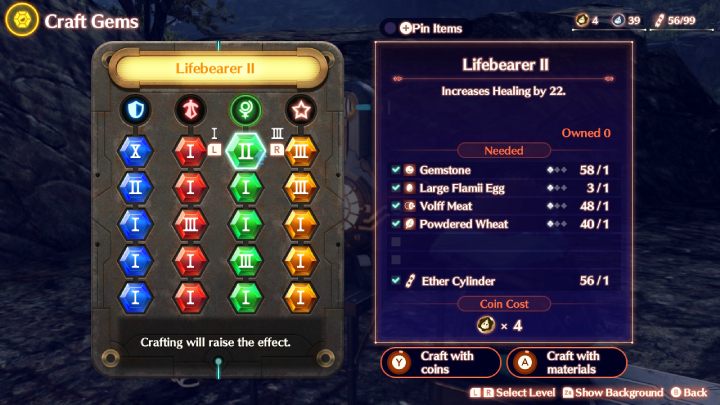 Each Gem has 10 levels, you can choose its rank immediately while crafting it by pressing L or R. The higher the level, the more items or golden Nopon Coins you will need to craft it.

It is worth noting that once a Gem is created, every person in the team can equip it. Hence, you don't have to worry about gathering more items if you want to use the same Gem for several characters.