Ouroboros is a mechanic that fuses 2 characters in Xenoblade 3. This guide describes how to use and upgrade Ouroboros, increase your Interlink level, and what Soul Points are for.

As the story progresses, you will unlock Interlink between characters. After completing Chapter 3 in the game, you will have access to all forms of Ouroboros. Depending on the characters you choose to merge from the Keves or Agnus squad, you will receive a different form of Ouroboros. 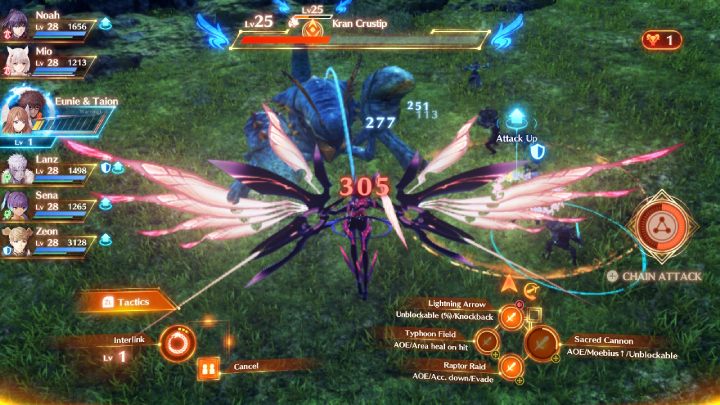 Ouroboros form will be available from the start of the fight - to activate it, select the character (ZL L or R) with which you want to start the fusion, and then press the left arrow.

During the Interlink, you have access to more powerful Combat Arts and Talent Art skills.

After unlocking all Ouroboros forms, you can switch freely between related characters. To do this, press the up arrow to switch, for example, from the Mio to Noah form.

How to increase Interlink level?

The maximum Interlink level is 3. Increasing it to level 3 will unlock a more powerful interlink form and Ouroboros Chain Attack. Information about the level can be found in the bottom left corner of the screen. After each fight, the Interlink level resets. 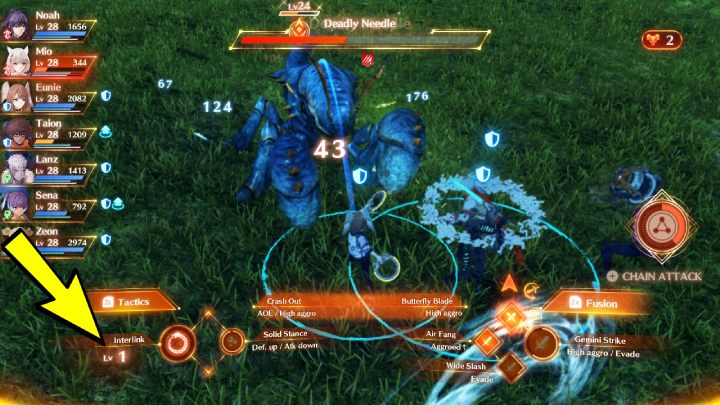 To raise the Interlink level, you have to use the Fusion Arts technique, which combines Master Arts and Combat Arts into one attack. You can read more about how to activate Fusion Art on a separate page of the guide: Combat.

Reaching level 40 for each character will let you activate 3 Master Arts, thus increasing the chances of using Fusion Arts.

If you want all of your characters to level up Interlink, change your tactics to prioritize using the Fusion Arts.

Ouroboros' most powerful skills will only be unlocked at level 3. So, from the beginning of the fight, try to use Fusion Arts as often as possible to quickly raise the Interlink level and be able to turn into Ouroboros form.

When one of your characters reaches Interlink Level 3, after merging into Ouroboros and triggering Chain Attack, you will be able to perform a special attack in this form. These attacks will be available only after unlocking all forms of the fusion, that is after completing chapter 3 of the game. 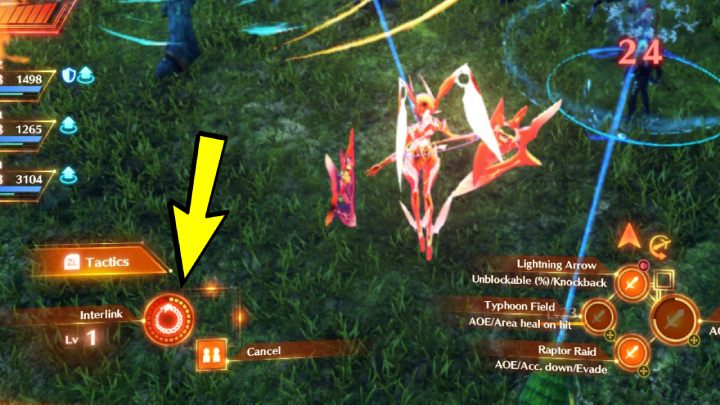 Controlling a character in Ouroboros form has a time limit. The longer you use Interlink and abilities, the faster you will overheat. You can find the current overheating status in the bottom-left corner of the screen. When your character is close to the limit, they will turn red.

If you overheat the Interlink, its level will reset.

When you overheat in Ouroboros form, the link will be lost, and you won't be able to use it again for a while. We recommend canceling the Interlink by pressing the arrow down before the time limit.

Thanks to Soul Points, you can buy upgrades for Ouroboros. There are several ways to earn SP: 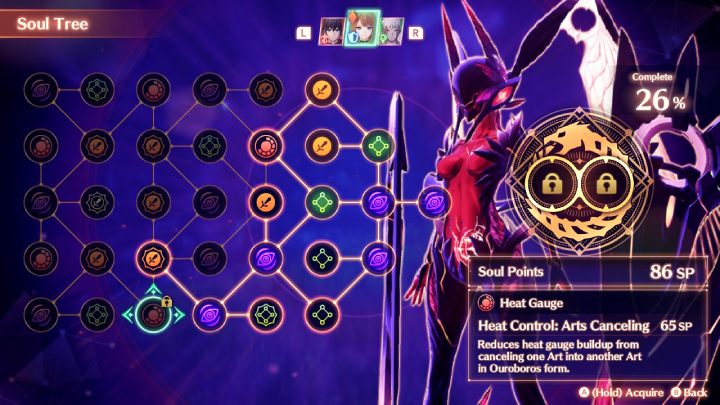 Each character has their own Ouroboros upgrade tree. These trees include:

Increasing the overheating limit is the best upgrade for early stages of the game. This will allow you to stay in Ouroboros form longer.

Once all Ourobors forms are unlocked, the related characters will be able to share up to 2 skills.