Chain Attack is a special technique of linked attacks in Xenoblade 3 performed by all characters. On this page, you will learn how to properly use Chain Attacks to deal as much damage to enemies as possible.

How to unlock Chain Attacks?

You will unlock this technique consisting of combined attacks after completing the Riku and Manan side quest in the 2nd chapter of the game. 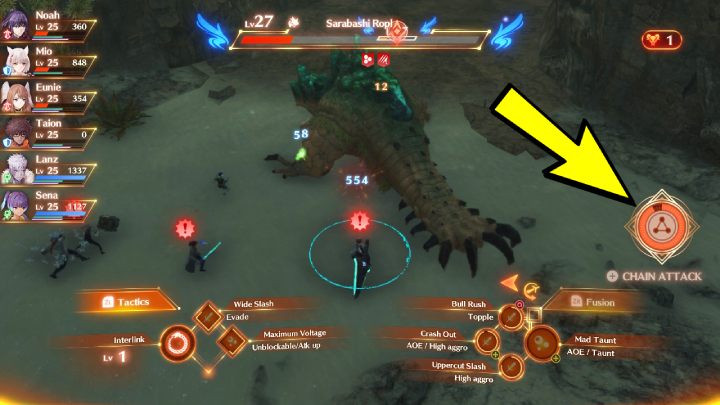 When the Chain Attack gauge, displayed on the right side of the screen, is charged, press Plus to use this technique.

You can fill up Chain Attack gauge by: 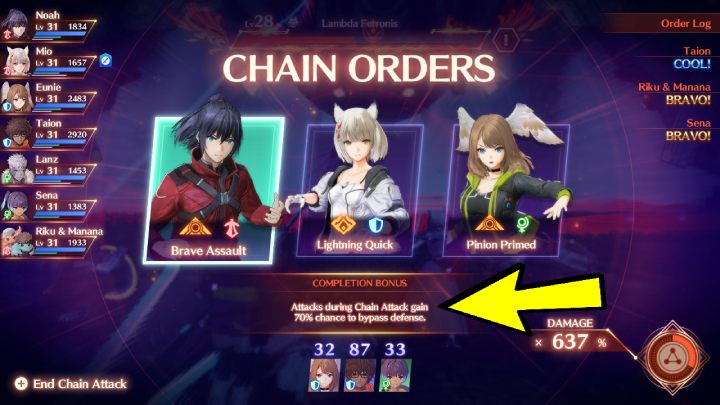 Each Order gives different bonuses when performing Chain Attack. Read the description carefully and choose the one that will help you, for example, break through enemy defenses or deal additional damage.

Thanks to the Chain Attack mechanics, your team can deal massive amounts of damage and repeat those attacks if you get enough Tactical Points (TP). 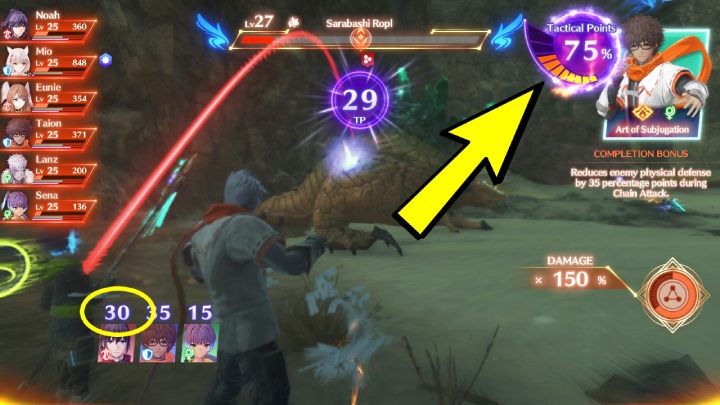 After choosing 1 of the 3 Orders, you will determine the order of attacking characters and their skill.

Above your character icon, you will find the number of base TPs you'll get for this attack. The TP gauge will be displayed in the upper-right corner of the screen. When TP is above 100%, you will be able to perform another Chain Attack.

The better rating you get for carrying out an order, the more characters will be reactivated for the next attack. The reactivated party members will collect more basic TPs, thanks to which you will increase the chance of obtaining 200% with subsequent orders. 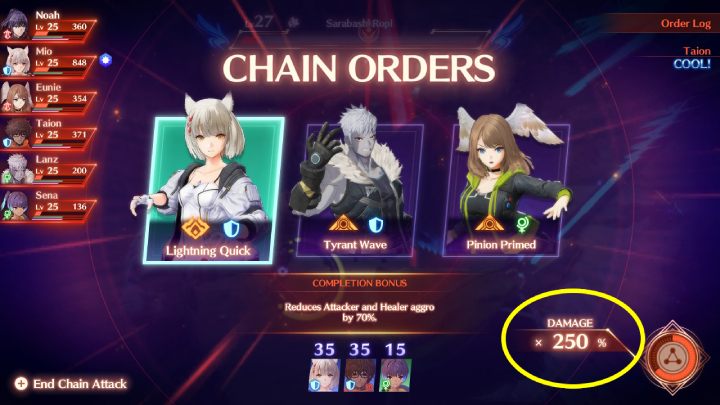 The more TP you get carrying out the order, the higher the damage multiplier, displayed in the bottom-right corner of the screen.

Chain Attack will end if you have no more characters to choose from or the gauge depletes. If the TP of your orders will not exceed 149%, you will be able to carry out a maximum of 3 orders during Chain Attack. Both Bravo and Amazing ratings increases the chance for more orders. 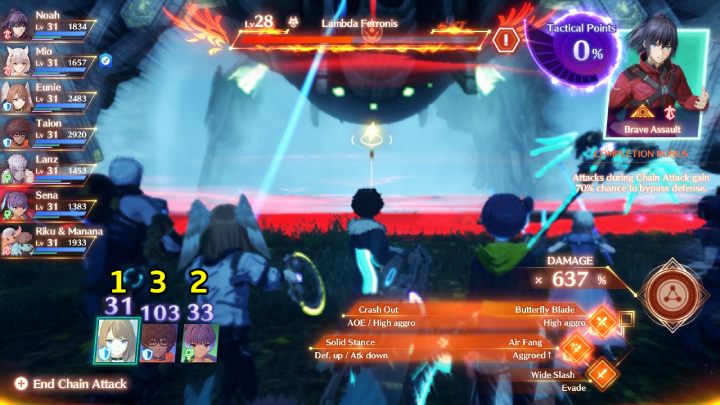 In the example above, we have presented the character selection one by one, so that we get over 200% TP from this order. This is the 3rd order performed during Chain Attack, so some characters' base TPs have been increased with reactivation. 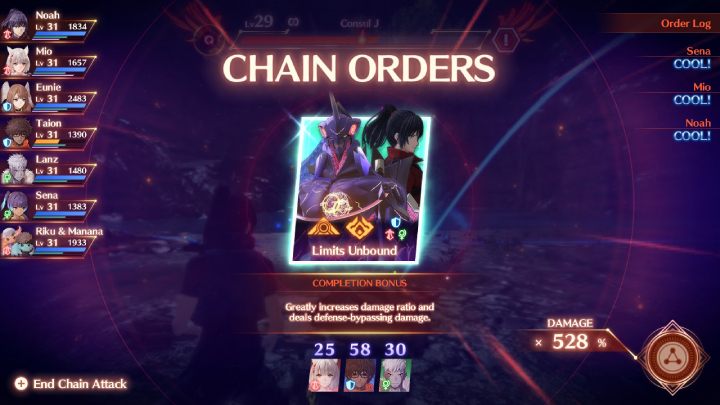 If you manage to defeat the enemy while performing a Chain Attack, you will get Overkill status. Any attacks after activating Overkill will give you more rewards and extra experience points. Overkill can be turned off in the game options.