Basic attacks in Xenoblade 3 are performed automatically. On this page of the guide, you will learn how to use Combat Arts, Talent Arts, Master Arts, and Interlink/Ouroboros form. We also explain what character roles are and how to activate new skills. 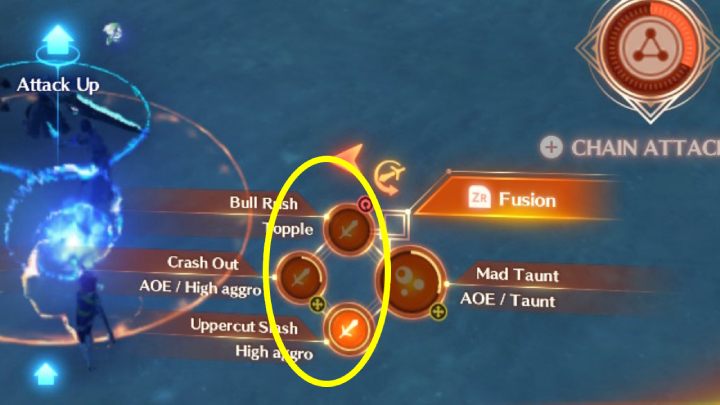 Combat Arts are special abilities of characters that are used during combat. All these abilities will be immediately ready for use at the beginning of a battle. After using a skill you'll have to wait for Art to recharge. 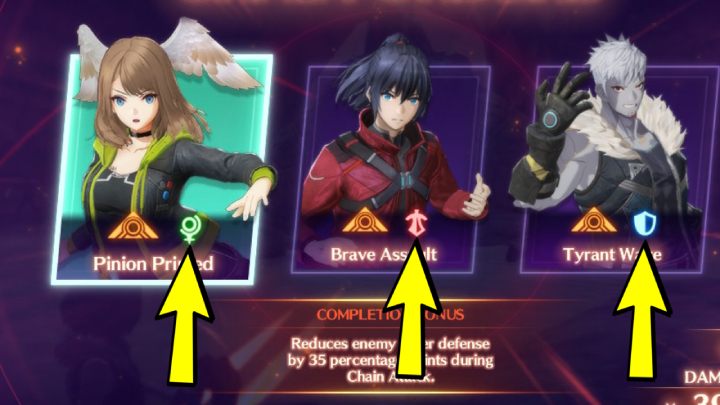 Each team member has 1 of 3 battle roles during combat. Properly completing the tasks assigned to the roles will speed up the charging of Talent Art abilities and make the battle easier.

When a character with the Defender role is attacked, the line connecting him to the opponent is blue. The red line indicates the enemies' aggression toward the attacker or healer. In this case, you should immediately use one of your Defender's skills and draw the enemy's attention to him. 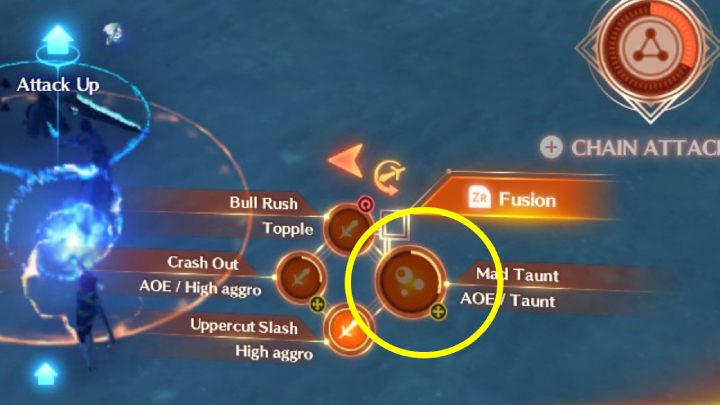 Talent Art is a unique ability that will be charged by performing the appropriate actions related to the role of the character. If each character performs actions in line with their role, the Talent Art is filled quickly.

Once the Talent Art is charged, press A to use it. 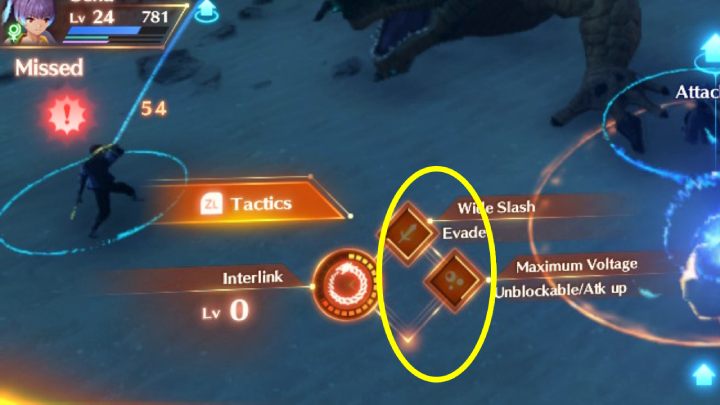 Master Arts are class techniques that will be unlocked as you complete Chapter 2.

Master Art can be assigned regardless of the current class of the character. The maximum number of active Master Arts is 3, and new slots for these abilities will be added as your character advances to a higher level.

To learn different Master Arts, you have to change your character class from time to time and use it until they learn a new skill.

Fusion Arts allows you to combine Master Arts and Combat Arts into one attack. Thanks to the various combinations, your character will be able to deal massive damage and, at the same time, impose buffs on themselves and the whole team. 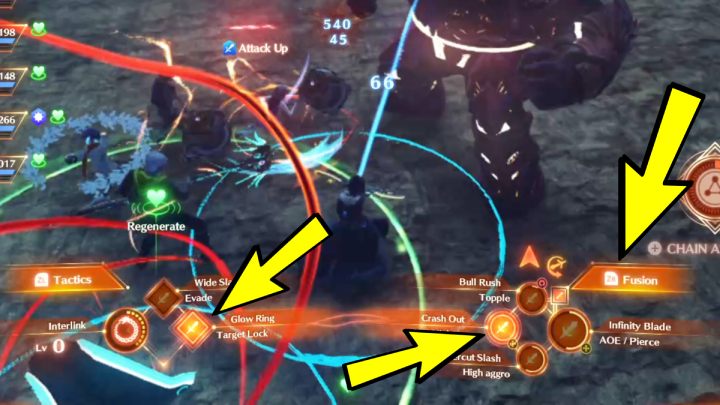 To use Fusion Art, wait until one of the Combat Art and its assigned Master Art is charged, and the Fusion Art icon is highlighted. Then hold ZR and press the button that activates Combat Art (X, Y or B). 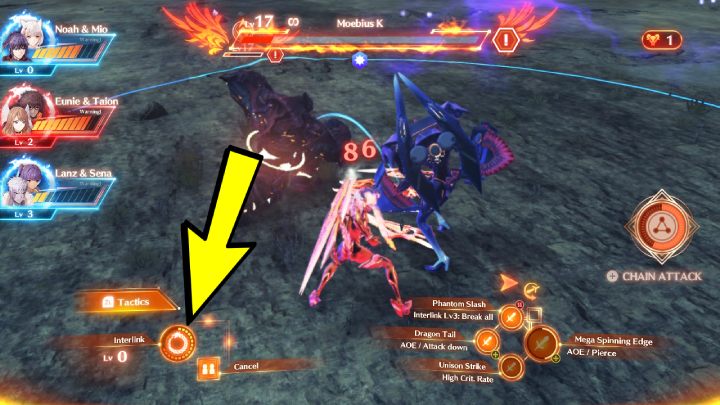 As you progress through the 2nd and 3rd chapters of the game, your characters will unlock the ability to combine two team members into the Ouroboros form - a powerful combat unit.

To activate Ouroboros form, press the left arrow. In this form, pay attention to the clock in the lower left corner of the screen, which notifies you about the character overheating. When the gauge is full, the fused characters will return to their normal form. Overheating your characters will make you wait longer for the next possibility to activate Ouroboros. So it's best to cancel the fusion before overheating by pressing the down arrow.

In addition to increased stats and access to more powerful abilities, transforming into Ouroboros has other benefits. You can also use the fusion tactically. During the fusion, your characters will become immune to enemy attacks for a while. 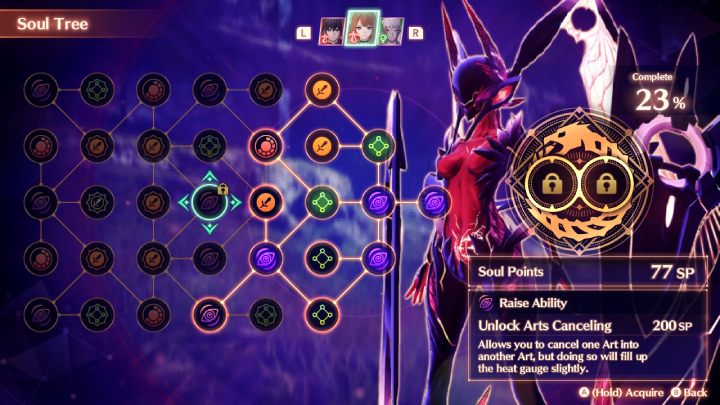 Ourobors forms can be upgraded using the skill tree. You will need Soul Points (SP) to buy new abilities.

You can find the skill tree after entering the game menu -> Characters -> Interlink -> Soul Tree.

How to change unlocked Arts? 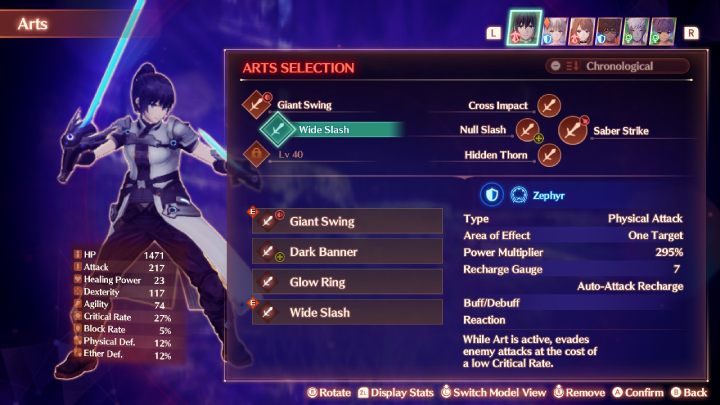 You can change the unlocked skills in the Characters -> Arts tab. There, you will find detailed information about each ability and character stats.