In Xenoblade 3, there is a way to quickly escape fights. On this page, you will learn how to avoid enemy attacks and run away from the battle area. 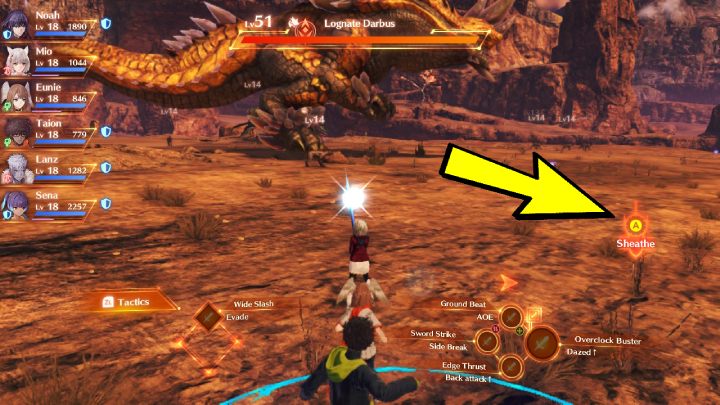 If fighting a certain opponent proves too difficult, just move far enough away from them until they stop attacking you.

You don't need to select the "follow the leader" option for your team. When the main character sheathes their weapon and starts moving away from the fight, the rest of the team will automatically do the same.

While escaping, watch out for other groups of enemies to avoid risking another fight. If the only surviving party member is a character you control, chances are high that they will be killed while running. For this reason, it's best to decide to run as soon as you notice that you have no chance of winning.

Remember that you can't run away from main mission battles.