The Chosen are one of the mainstays of the War of the Chosen expansion. They are the aliens' elite warriors, much more powerful than regular units. Some of the fights with them, especially these later on in the game, are much harder than the earlier fights with the three lords (Viper King, Berserker Queen and Archon King). With the first of them - the Assassin, by default - you'll have a brief encounter during one of the first missions (the one where you unlock the Reapers and Skirmishers). The remaining two, i.e. the Hunter and the Warlock will appear after a few weeks of game time. 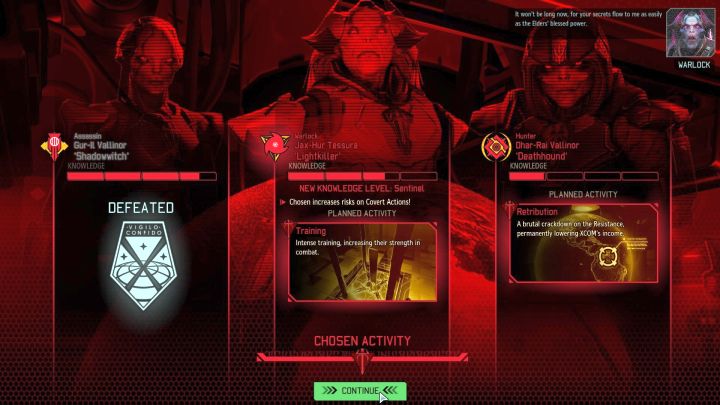 There are many mechanics in the game that are either changed or introduced by the Chosen:

The following chapters contain info and tips concerning combat with the Chosen, ways of killing them once and for all, as well as the unpleasant consequences of leaving them too much room.