Ability Points (AP) are another new element introduced in the War of the Chosen. These points are used to develop the new character classes: Reapers, Skirmishers and Templars as well as to unlock additional skills for the core units. 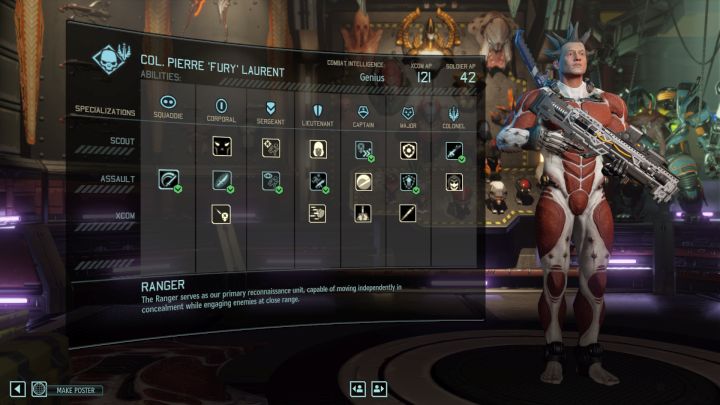 The AP points are used to unlock additional skills of regular soldiers, and to develop the new classes.

You can develop the new classes and unlock additions for regular soldiers. The system of obtaining abilities that can't be otherwise purchased and unlocked was also changed. In the core game, the Advanced Warfare Center was used for that - after building it, we were able to allocate a max of two additional abilities to soldiers, who otherwise would have no access to them at all. In the expansion, the building has been totally discarded, superseded by the APs.

The APs are awarded for certain actions on the battlefield, such as:

Additionally, the soldiers from the core game get a nominal amount of AP for levelling up -the classes introduced in the expansion get that as well, but they get a lot more, since it's the only possible way for them to unlock new skills. More info about the differences of regular soldiers' AP can be found in the two following chapters.