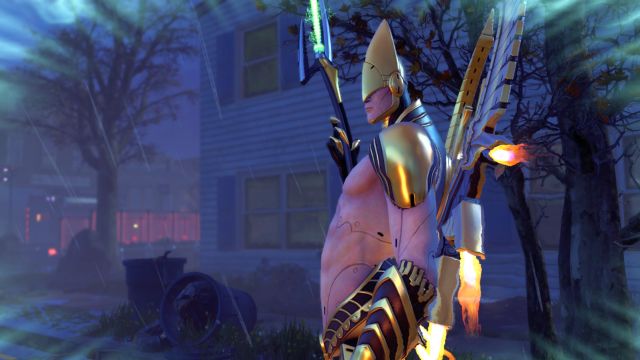 Avatars should be killed before they are able to ascend into the air.

A huge difficulty spike happens when this enemy appears on the battlefield. Those units are very mobile, they have massive amount of health and a high defense attribute, decreasing the chances of your units to hit them by 25%. Additionally, they have a 25% chance to dodge attack, turning it into graze wounds, reducing the damage inflicted significantly.

Archons can deal relatively high damage (about 7-8 from a distance and 8-9 in melee combat) and they have access to two special abilities:

You should try to eliminate the enemy before he is able to ascend, as it makes harder for your soldiers to hit him and he will be given a high ground bonus, granting him AIM. Archons are very vulnerable to the abilities of Psi Operatives, which cannot miss or cause graze wounds - the only problem is the high will of the target (100 points), making it hard for your soldiers to mind control them.