On this page of our guide to XCOM Chimera Squad we have prepared the most important information about androids. You will find out when androids can join the battle, how to make new models of androids, and whether it is possible to improve your android.

How to unlock and how to buy androids? 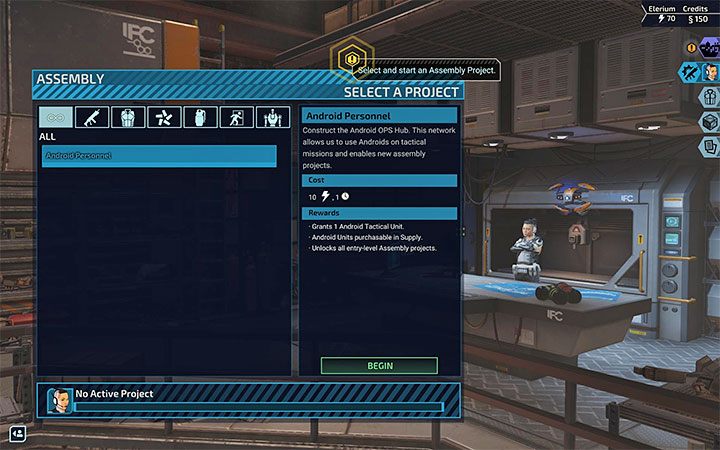 It's hard to miss the moment when the androids get unlocked. Once you have completed the mission of the prologue and you have reached the city screen for the first time, go to the Assembly tab, that is, the one where research projects can be commissioned.

The first project that can be executed and carried out is the Android Personnel and its main objective consists in unlocking androids. To run and complete the research project you have to pay 10 elerium and wait 2 days. However, you can shorten project's duration to 1 day if you deploy 1 agent to help with the ongoing research. 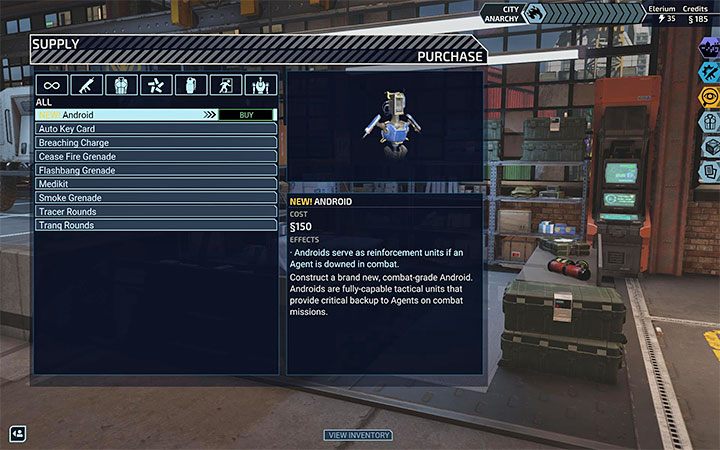 After completing the Android Personnel project you will receive the first android for free - it will be located in the Armory together with the agents.

You can buy more androids by checking the Supply tab - unfortunately, each of them costs 150 credits. You should decide to buy an android if:

How to take an android on a mission? 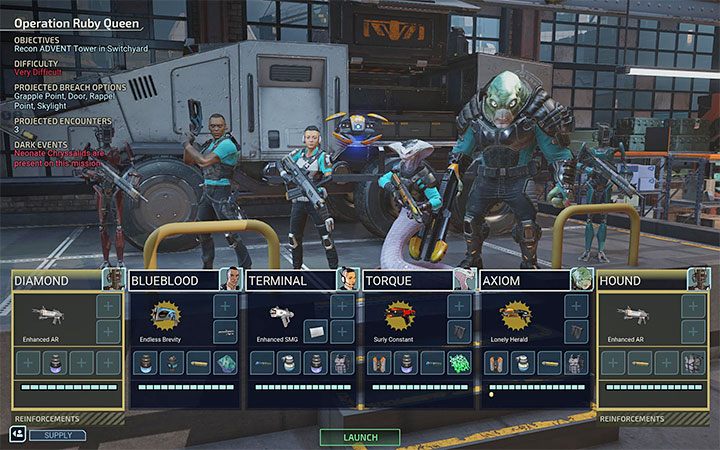 Androids, unlike agents, do not have to be manually selected for each subsequent mission. They automatically accompany agents in all tasks and appear on the mission preparation screen.

How to use an android? 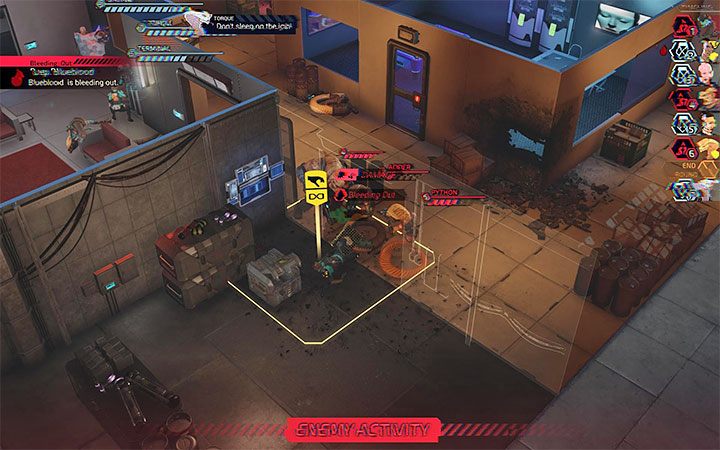 You can't control android from the very beginning of the mission. So don't be surprised if the machine doesn't appear on the Breach phase screen, that is, the selection of mission's entrance area.

Android can join the combat only if you lose an agent during the mission, that is, if a situation occurs in which the agent starts Bleeding Out (has this particular status). Saving an agent from death does not mean that he will immediately return to full health and strength. The agent will remain unconscious until the end of the mission. Also, he will not be able to take part in further encounters. 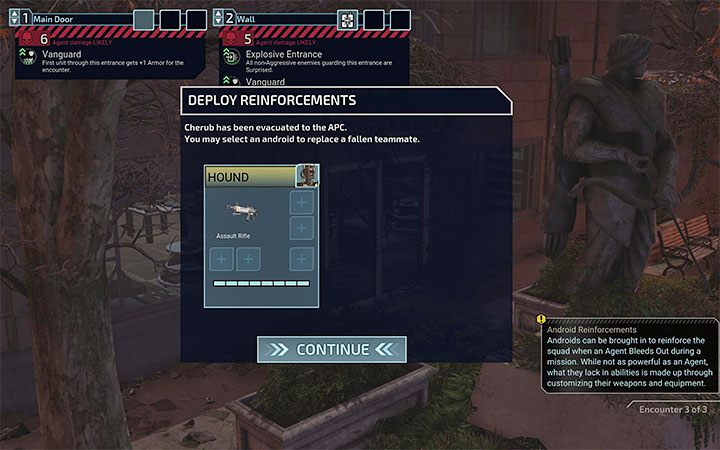 If you have lost an agent and there are still more battles awaiting you in a particular mission, then the game will display a special call reinforcements window - an android. The robot will be able to replace a lost teammate. Android will take part in the battle until the end of the mission. 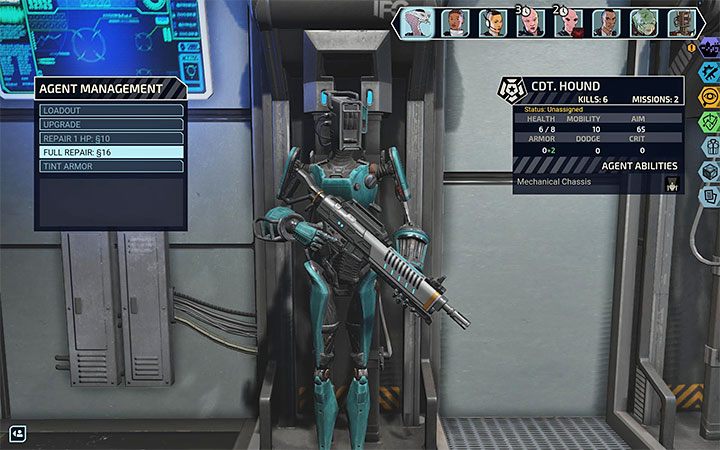 Androids, unlike agents, do not automatically recover all health points after completing a mission. After completing the task, a specific android may remain damaged. Then you have two options: 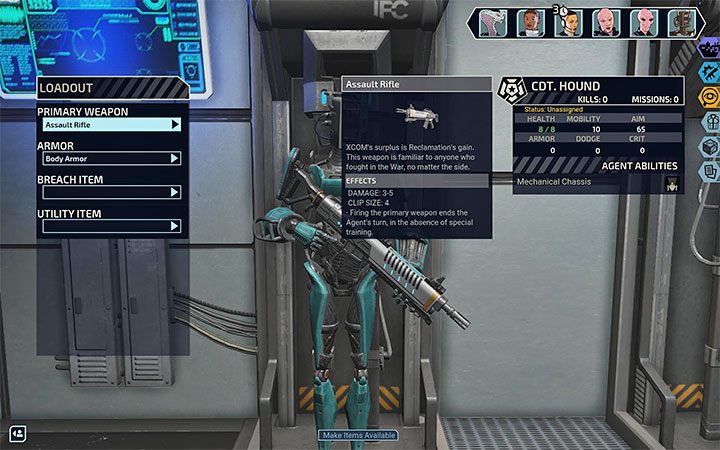 Androids have 4 equipment slots. Two of these are mandatory slots - for weapons and for armor. The other two slots are optional - android can be equipped with a Breach Item or utility item (like a grenade, a special type of ammunition etc.).

How to upgrade androids? 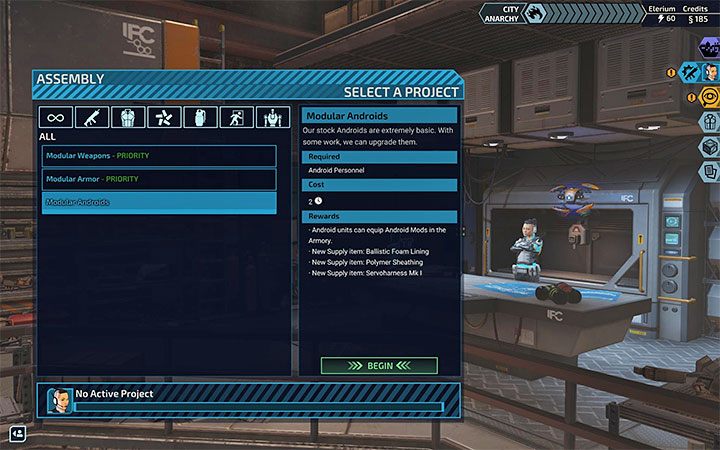 The most important information is that androids cannot gain experience and advance to higher levels. However, this does not mean that their combat capabilities cannot be increased and this is mainly done by installing upgrades.

Android upgrades are not available from the very beginning. You must execute research projects associated with android upgrades in the Assembly tab. The first such project of this type is called Modular Androids. More projects from the same group will appear on the list during the campaign. 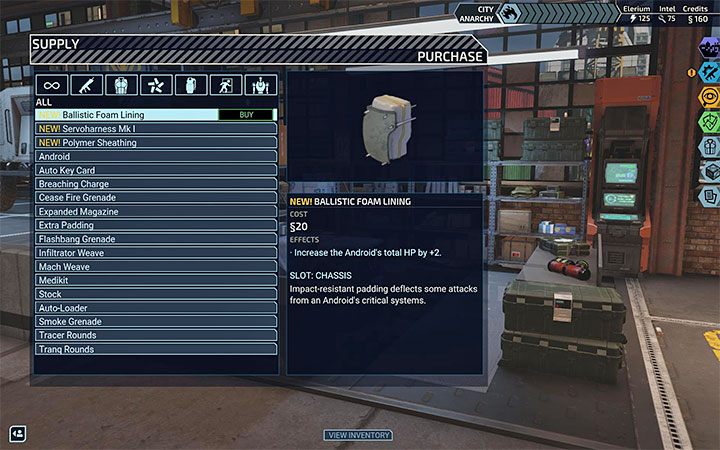 Once the technology has been developed, you can view and possibly buy newly unlocked upgrades. They will appear in the Supply tab on the city menu. 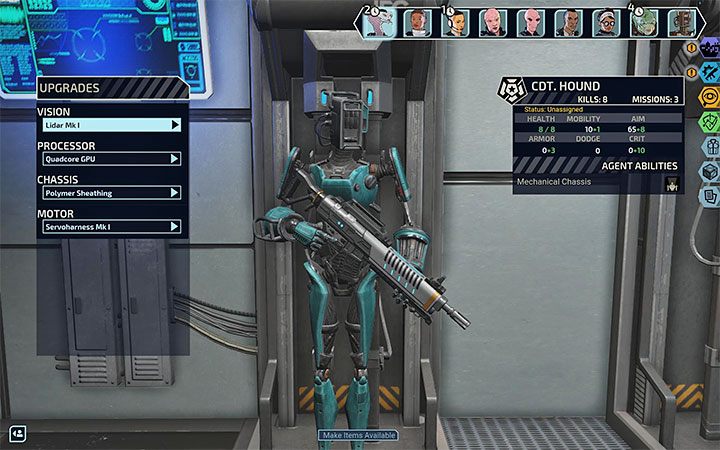 Upgrades can be installed after you select an android in the armory and open the Upgrades tab. Android improvements and upgrades have been divided into four groups:

There can only be one upgrade in each slot activated. Initially, when buying new upgrades, avoid spending credits on several upgrades of the same category, as you will only be able to use one of them.

Interesting fact: Even if your android gets destroyed, the upgrades it had installed are not lost. You'll be able to install them in the next android model you produce. 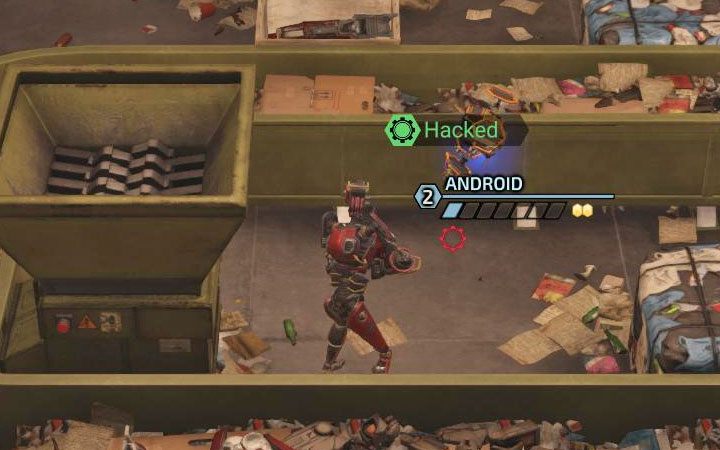 You may encounter hostile androids during missions associated with the Sacred Moil faction. They can be very challenging, especially since they have good armor. We advise you to remember about two things: