This page of the XCOM Chimera Squad game guide contains information on how to reduce the level of anarchy in City 31 and the level of anxiety in each of the 9 districts of the metropolis. The two mechanics are closely related. All this is designed to reduce the risk of the city falling, which would mean losing the entire campaign.

What is the Unrest Bar? 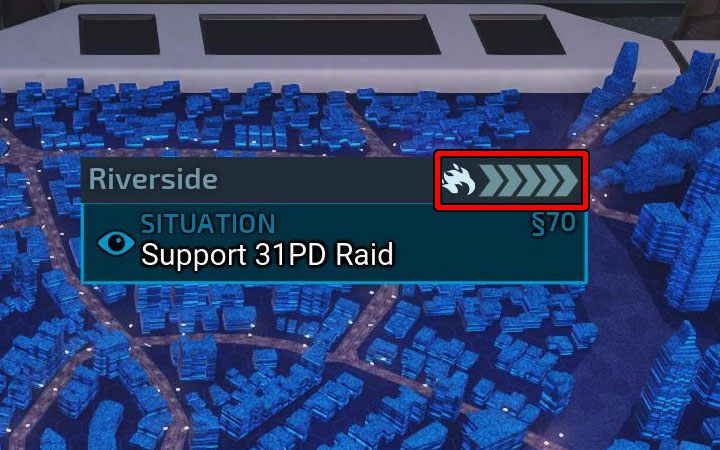 Each of the city's 9 districts has its own Unrest bar - it is displayed to the right of its name and symbolizes the current mood in that district.

By default, the anxiety level in each district is 0, but it can rise steadily. This will happen primarily if:

note-it is not physically possible to keep anxiety everywhere to a minimum. This is because each day 2-3 missions and/or situations appear on the map of City 31, and you can choose only one of these events. This means that levels of anxiety will rise in "ignored" districts. 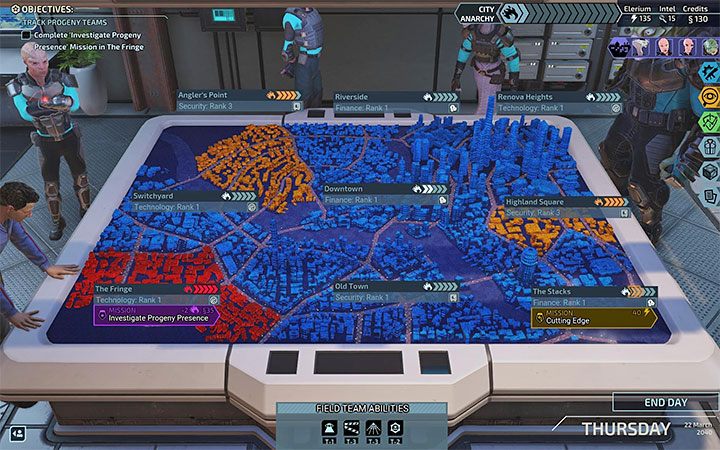 The risk of rising unrest levels is indicated by pulsating arrows on the city map screen. You won't be surprised by the sudden increase of unrest the next day. In addition, as the unrest grows, the color of the entire district on the map changes: yellow > orange > red.

The maximum unrest level for each district is 5, and this is a very undesirable phenomenon. The reason for this is simple - from the moment a 5/5 unrest is reached in a given district, the anarchy bar will increase by 1 point each subsequent day. You have to try to react quickly to these types of situations so that unrest levels drop below 5 points again.

What is the Anarchy Bar? 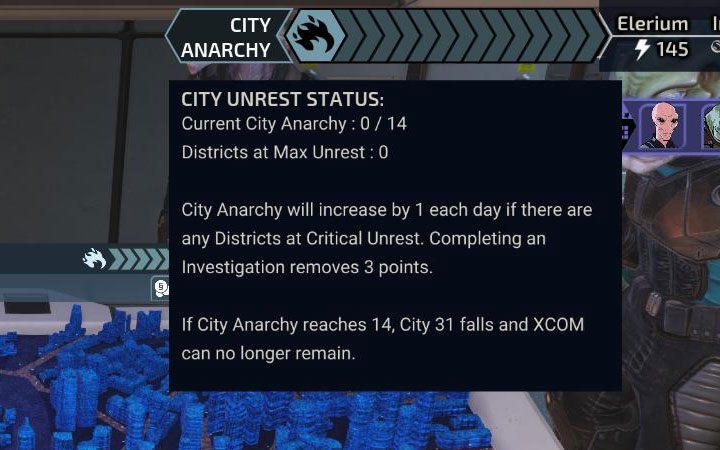 The anarchy bar regards the entire city and is displayed at the top of the screen. It has 14 points by default, although when you start a new campaign you can choose the extended City Anarchy difficulty modifier, which will increase it to 19 points.

The anarchy bar is much more important than the unrest bars associated with individual districts of the city. If you don't stop the anarchy bar to fill in 100%, you lose the whole campaign. This mechanics can be compared to the Avatar project from XCOM 2. You can lose the game not only as a result of failing missions or losing team members but also insufficient efforts on the"Global" Screen.

How do you lower unrest levels in individual districts? 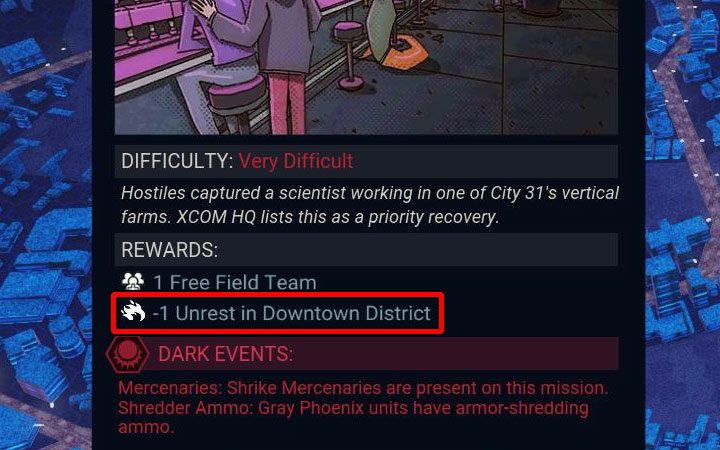 The most obvious way to lower unrest is to deal with missions and situations. There may be two main scenarios: 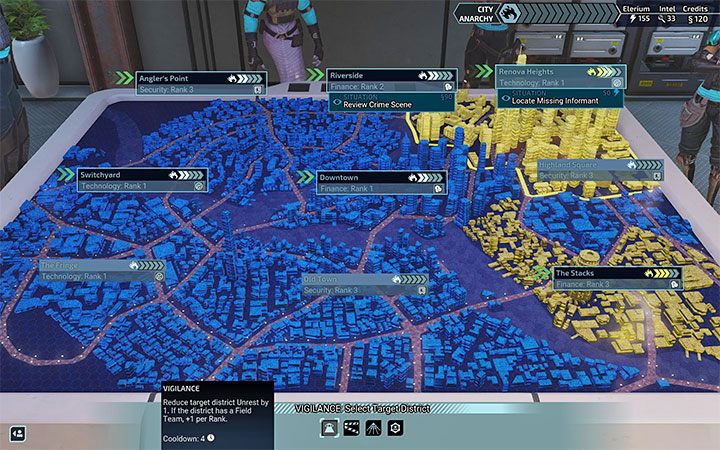 Another great method of reducing anxiety is using Field Team Abilities. Take a particular interest in two of them:

Both of the abilities mentioned above have a 4-day cooldown. As a result, try to use them in those districts with the worst conditions, i.e. where the unrest is 3-5 points. 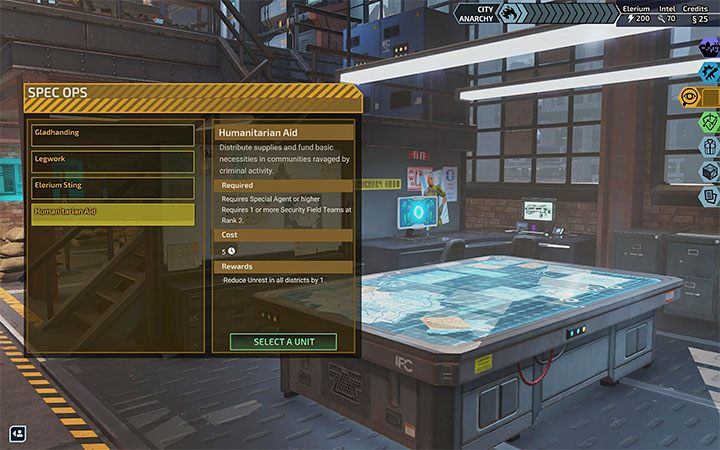 The next way to fight unrest is to perform Humanitarian Aid, which during the campaign will appear on the list of available tasks in the Spec Ops tab. It will take five days for an agent to do so and the result of his efforts will be to reduce unrest in all nine districts by 1 point. It's a great proposition if you've led to a situation where unrest has risen in many different districts of the city. 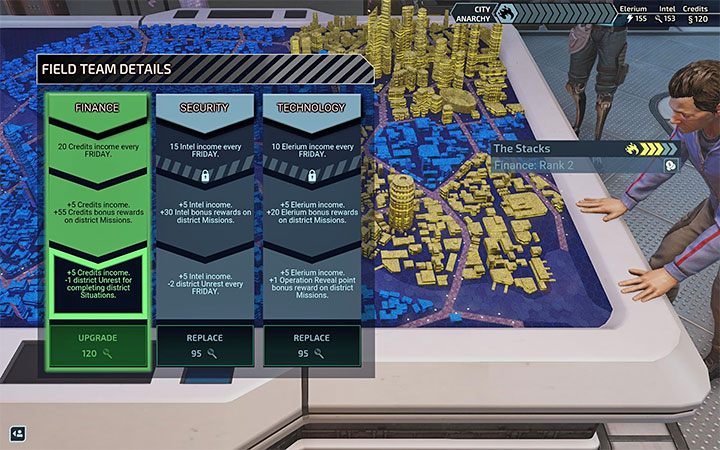 The last method becomes available only after you advance a bit in the campaign. You can reduce anxiety with third-rank field teams. Namely:

Unrest intensifies as you complete the campaign 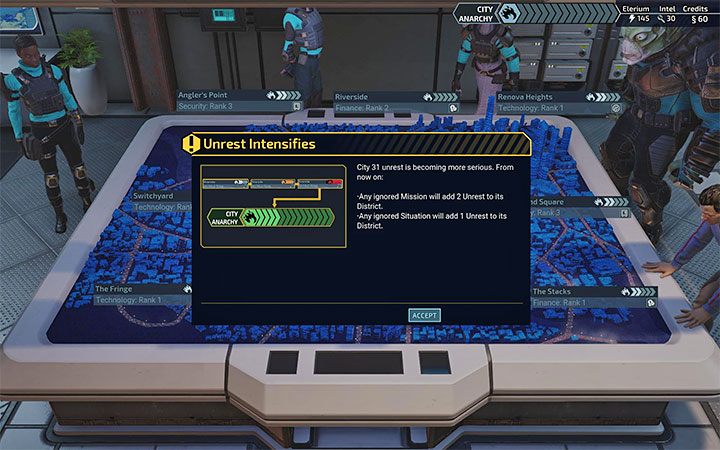 Unfortunately, the game will make it difficult for you to keep things calm at City 31 as the campaign progresses. Completing milestones in ongoing investigations can be "punished" by speeding up the pace of growing unrest. Specifically, expect that:

How to lower the anarchy level in City 31? 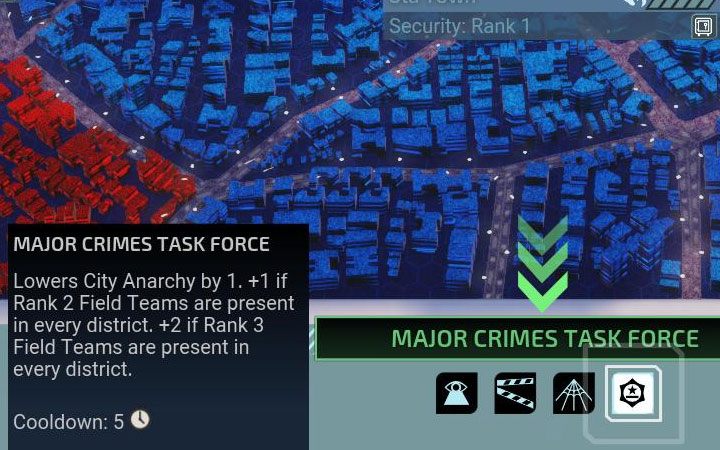 One of the best ways to mitigate anarchy in the city is to use one of the field team Abilities - Major Crimes Task Force. Unfortunately, this ability is not available from the start of the campaign. In order to unlock it, you must recruit a field team to each of the city's 9 districts. Where possible, try not to use intelligence for other purposes so that you can ensure that you have access to this ability as early as possible. 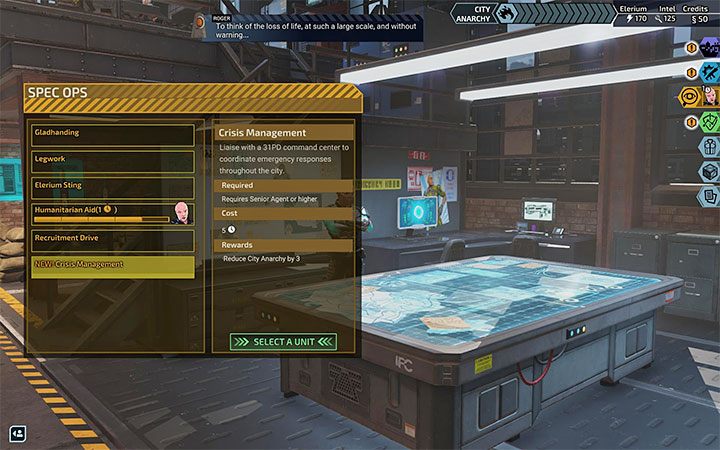 Another way to reduce anarchy is to use Crisis Management from the Spec Ops tab. It is also initially blocked. In order to unlock this operation, one of your agents must advance to the rank of Senior Agent, i.e. unlock a Level 4 ability.

Operation Crisis Management takes 5 days, but the reward for this time will be to lower the level of anarchy by as much as 3 points. 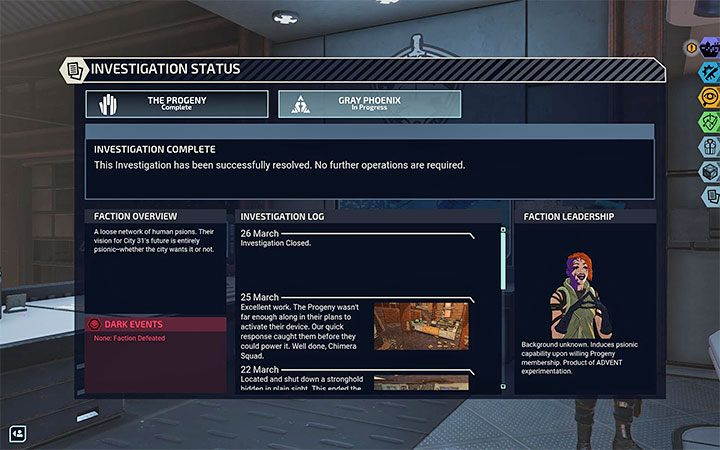 The last option to lower anarchy is the least " interactive." The level of anarchy can decrease by completing investigations, i.e. by performing plot missions associated with hostile factions. We advise you to take care of these main missions (Purple) immediately or soon after they are unlocked on the city map. Don't ignore them for too long, because in the meantime, the situation in the city (especially in the neighborhoods associated with the plot missions) may get worse.